Tom Clancy’s Ghost Recon® Wildlands is the very first military shooter in a massive open world that you can play entirely solo or in four-player co-op.

Head back to Bolivia in the brand new update for Ghost Recon Wildlands as the Rainbow Six Siege gang join the fight to take on new challenges later today. Starting today players will be able to enjoy brand new PVE and PVP content as the Special Operation 2 update brings a host of new challenges, classes, and even adds in the brand new observer mode.

This is not the first time that the game has crossed paths with another, back in April this year fans of Splinter Cell were happy to find Sam Fisher was heading to the Ghost Recon franchise with the first special operation update which featured the original voice actor Michael Ironside himself as it brought new gear and themed missions around the Third Echelon Spy.

The new mission "Operation Archangel" will take place in the province of Caimanes and puts the Ghosts together with the Rainbow Six Operators Twitch and Valkyrie as they track down Caveira who has gone missing. If you complete the mission before August 14th you'll also get Caveira's gloves that can reveal the positions of nearby enemies and allow players to use her CQC move in combat. Players can also get the Rainbow Six Gear Pack which adds a number of other weapons and items themed around Rainbow Six Siege.

Additionally the Special Operation 2 will add Ghost Mode - a brand new way to take on PVE missions that features permadeath and other tweaks to give a more hardcore experience for the players. All of this content will be free for all owners of Ghost Recon Wildlands and does not require ownership of Rainbow Six Siege. 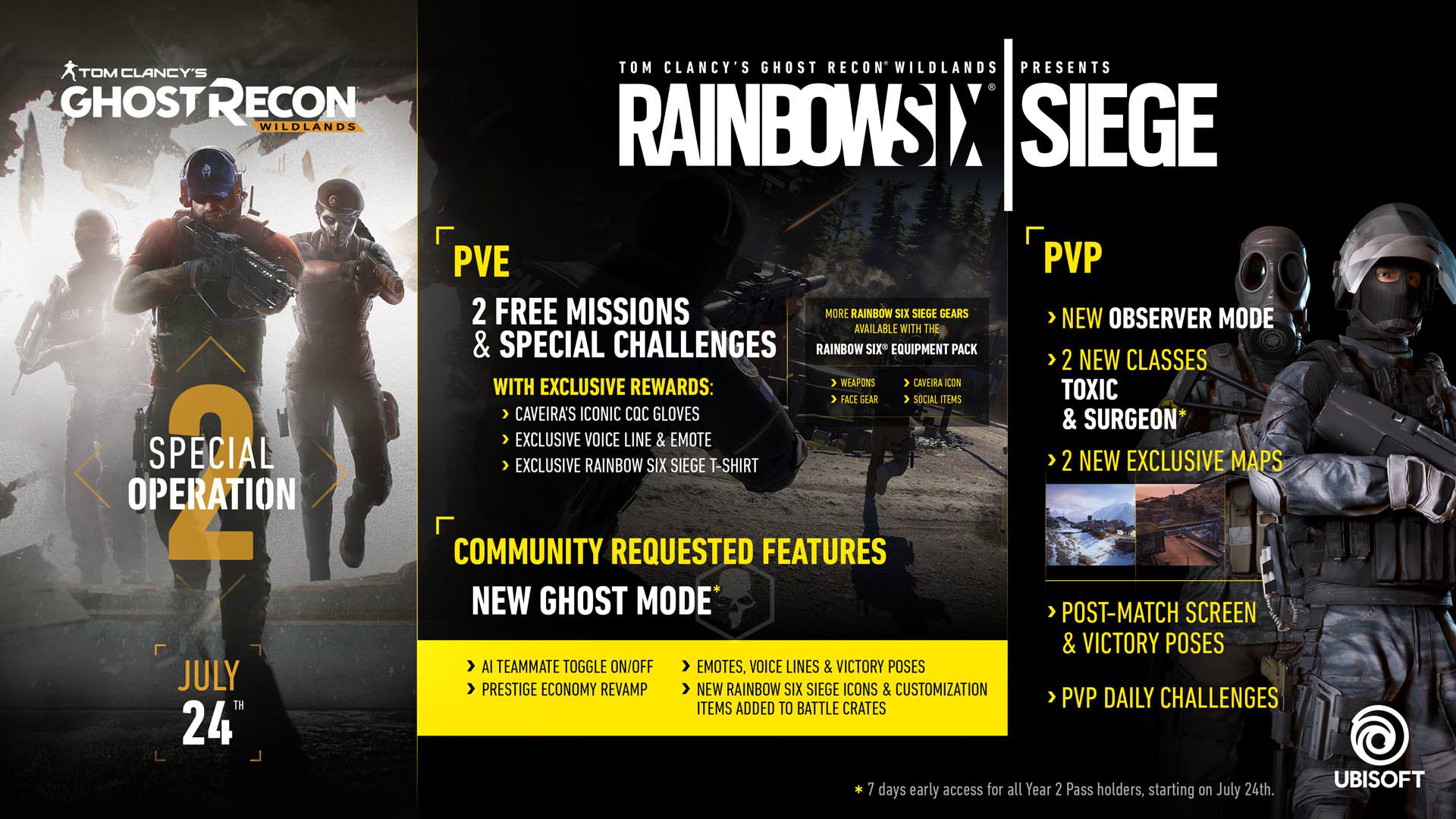 You can get your hands on Ghost Recon Wildlands now and play the update later today when it goes live!