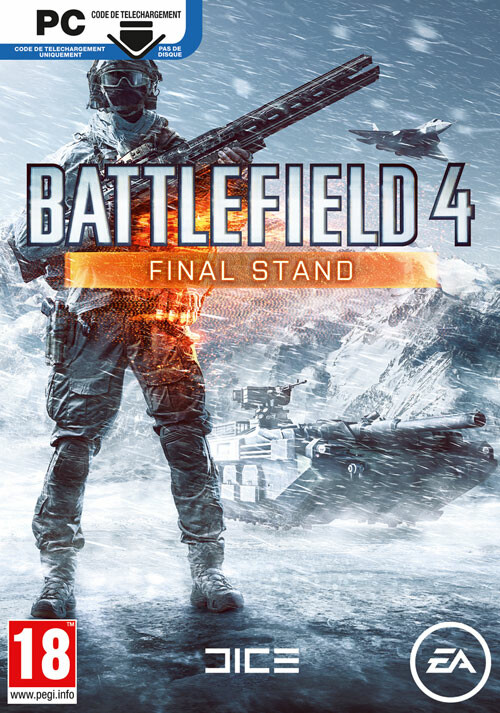 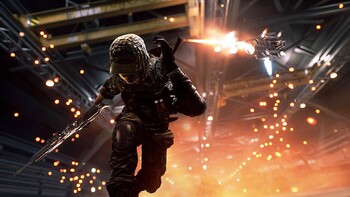 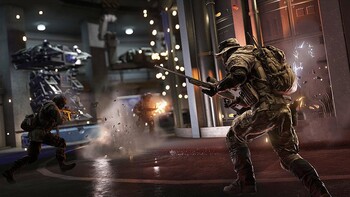 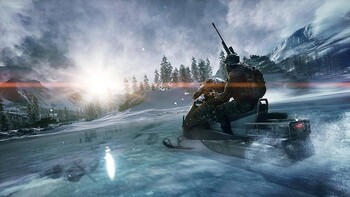 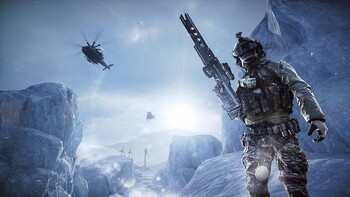 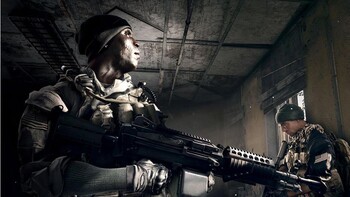 HIGH-TECH WEAPONRY
Fight in secret military installations and get your mitts on high-tech prototype weapons like the devastating railgun Rorsch MK-1, that fires a single powerful ignited by kinetic energy.

TRAVERSE THE SNOW
Use the new Snowmobile or take helm of the experimental hover tank HT-95 Levkov, capable of versatile movement, to master the sub-zero landscapes and harsh blizzards of the 4 all-new maps.

FUTURISTIC GADGETS All-new gadgets and Battle Pickups like the flying, machine gun-equipped drone XD-1 Accipiter and the sneaky DS-3 Decoy Signal give you the upper hand on the Battlefield.