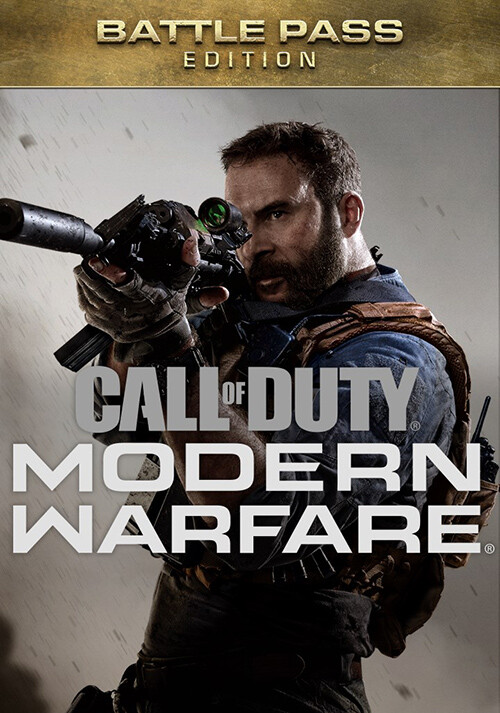 Activision prepares to deliver the largest update for Call of Duty: Modern Warfare on December 3rd - with extra maps, modes and more coming to the game for free! "The biggest free conten...

No question, Call of Duty: Modern Warfare can do something. But can it also look good with low graphics presets and keep the FPS steady when set to "High"? Is RTX raytracing in COD MW wor...

Purchase and get the in-game XRK Weapons Pack for day 1 launch use. The XRK M4 assault rifle and XRK .357 handgun are built to be fast, accurate and hard hitting, giving you versatile options adaptable to any playstyle.

Prepare to go dark, Modern Warfare® is back!

The stakes have never been higher as players take on the role of lethal Tier One operators in a heart-racing saga that will affect the global balance of power. Call of Duty: Modern Warfare engulfs fans in an incredibly raw, gritty, provocative narrative that brings unrivaled intensity and shines a light on the changing nature of modern war. Developed by the studio that started it all, Infinity Ward delivers an epic reimagining of the iconic Modern Warfare series from the ground up.

In the visceral and dramatic single-player story campaign, Call of Duty®: Modern Warfare® pushes boundaries and breaks rules the way only Modern Warfare® can. Players will engage in breathtaking covert operations alongside a diverse cast of international special forces throughout iconic European cities and volatile expanses of the Middle East.

And the story doesn’t end there.

In Call of Duty®: Modern Warfare®, players will be thrust into an immersive narrative spanning the entire game. Experience the ultimate online playground with classic multiplayer, or squad-up and play cooperatively in a collection of elite operations accessible to all skill levels.

"Leveling up guns is ridiculously fun, and the breadth of modes keeps this experience from feeling repetitive. This is a game you can sink tons of time into"

"Call of Duty: Modern Warfare's varied gameplay modes and excellent gunplay suggest the series is headed in a promising direction."

"Modern Warfare evolves the series for the better, but it could be so much more."

One key for complete package or 2 for base game and DLC?

It's one activation, no code is provided as everything is done via direct redemption.

Can i play online

Yes you can, it includes all the modes including single player and multiplayer.

Can i use in canada?

I paid for the game how do I download the game :(

Hi i m from Turkey can i buy here ? Is there any problem in the future ?

Yes you can buy and activate in your country.

Is this game region locked? I am from Canada, will I be able to download?

Will work in Canada no worries.

i bought the enhanced .. where can i see the free packs?

Go to the Multiplayer section of the Operators menu and then to the Allegiance section. Select Otter (SAS) for "Crew unimportant" equipment. The Operator Pack "Wild Boar" is accessible via Wyatt (Warcom) in the "Allegiance" section. And Grinch can be equipped with the Operator Pack "Camouflage".

Once you have unlocked the equipment in the game at level 4, you will have access to the weapons of the operators, including the 1337 Skeet rifle, the Grassy Knoll sniper rifle and the Javelina pistol.