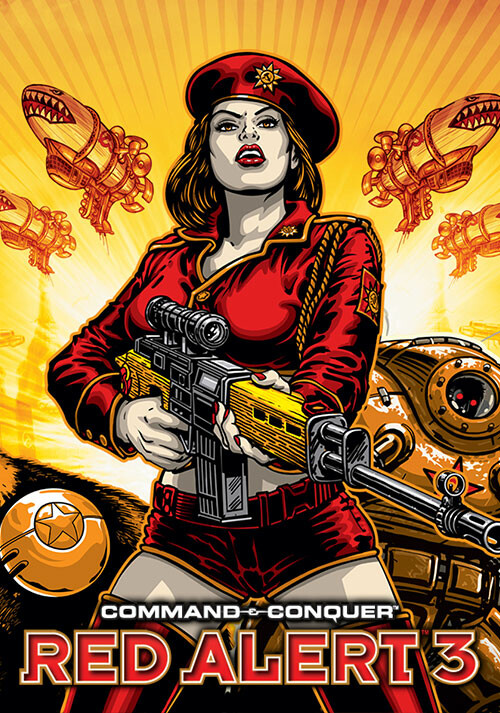 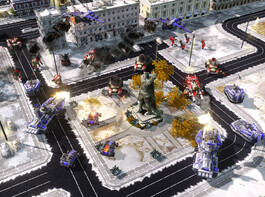 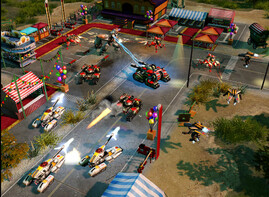 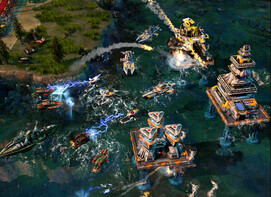 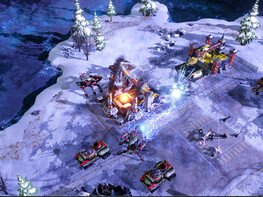 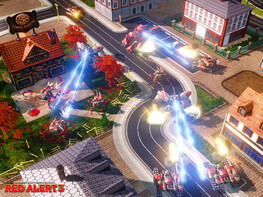 EA is traveling seven years back in time to bring back the most-beloved series in the storied Command & Conquer franchise. The light-hearted, over-the-top, wacky world of Red Alert has returned with Command & Conquer: Red Alert 3, shipping this holiday for the PC

After years of conflict, the Allies are finally on the brink of victory. Cowering behind the walls of the Kremlin, the Soviets decide to turn to one last act of desperation - the use of an experimental time travel device. The mission: to go back in time to eliminate Albert Einstein before he creates the technologies that will lead the Allies to ultimate victory. After a successful mission, the Soviets return to the present, discovering the Allied position has weakened. But before they can truly celebrate, they find out their actions have spawned a new threat and global superpower, the mysterious, technologically advanced, Empire of the Rising Sun. Welcome to World War III.

In Red Alert 3, all three factions will have their own hand-crafted story-driven campaigns, with co-operative missions designed solely around coordinating attacks and developing strategies with an ally. Hook up with a friend online to go through the entire experience or choose from a group of AI commanders, each with their own distinct playstyle and personality.

While most RTS games keep naval gameplay at the periphery, Red Alert 3 is not shying away from the high seas. The oceans now hold essential resources, and with many units and structures capable of becoming amphibious, players who turn their backs to the oceans will find conquering the world a daunting task.

The Return of Red Alert!
After seven years, the most popular series in EA's 25-million unit-plus selling Command & Conquer franchise has returned with a vengeance. Red Alert 3 brings back everything fans loved about the series, the humor, the popcorn style story and the franchise?s fast, action-oriented gameplay, while breaking new ground for the genre, with an entirely co-operative, story-driven campaign campaign mode and an increased emphasis on naval gameplay.

Co-Op Done Right
Every mission is designed from the ground-up with co-operative gameplay in mind. Join forces and strategize with friends online or join forces with nine AI commanders, three for each faction, all of whom have their own unique personality and style of play that might come in handy depending on the situation.

Command the Seas, Conquer the World
Experience Gameplay as for the first time in the series, waging war on the water will be every bit as important as dominating by land and air. Gain strategic advantages by controlling resources in the seas and mounting three-pronged attacks from all directions.

A New Threat from the East
The Empire of the Rising Sun is a technological terror, with unit designs influenced by a mixture of science-fiction, martial arts and robot culture. The Empire?s futuristic units can transform into alternate forms, and they specialize in naval warfare.

Star-Studded Storytelling
Command & Conquer's trademark live-action videos return in HD, with over 60 minutes of footage featuring the largest cast in the history of the Command & Conquer franchise.