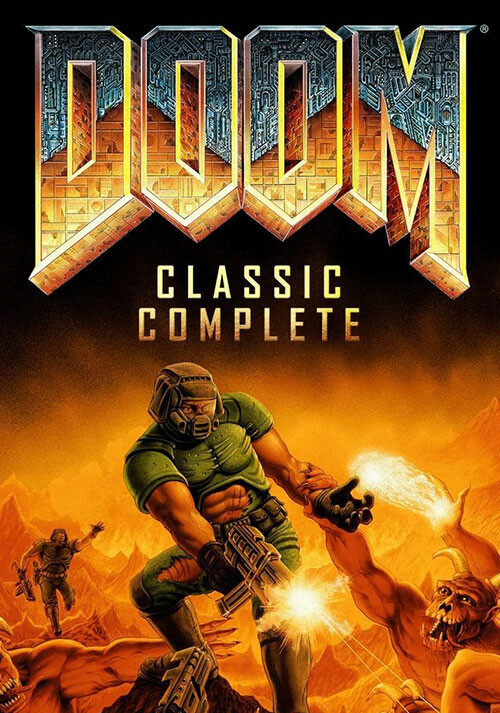 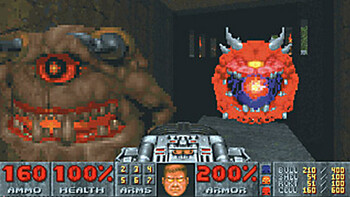 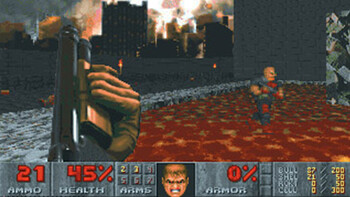 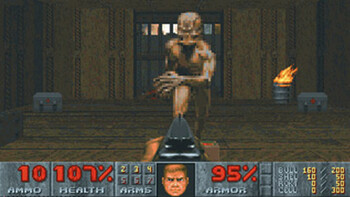 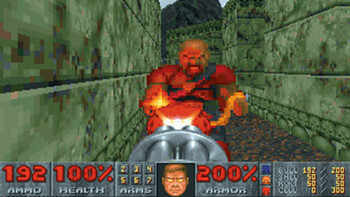 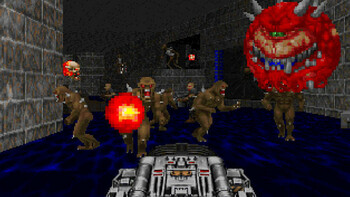 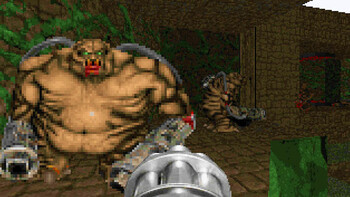 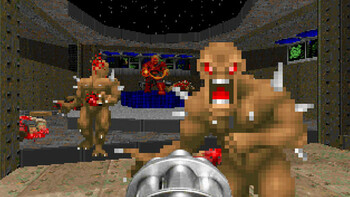 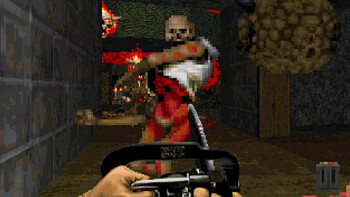 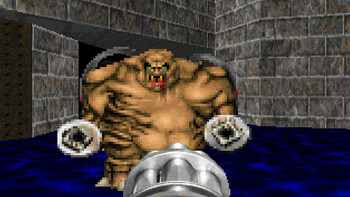 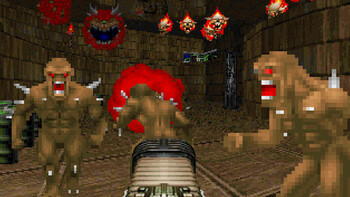 No Man's Sky recreated in DOOM

When No Man's Sky came out last month quite a few people were disappointed about what we actually received (and for good reason), however that hasn't stopped talented groups of people modding the game to be more enjoyable, and we're even being given mods/spoofs for other games which have nothing to do with it. One such modder has managed to recreate No Man's Sky in the...

Buy Doom Classic Complete as a Steam key at Gamesplanet.com

DOOM II
Let the Obsession begin. Again. This time, the entire forces of the netherworld have overrun Earth. To save her, you must descend into the stygian depths of Hell itself! Battle mightier, nastier, deadlier demons and monsters. Use more powerful weapons. Survive more mind-blowing explosions and more of the bloodiest, fiercest, most awesome blastfest ever!

Play DOOM II solo, with two people over a modem, or with up to four players over a LAN (supporting IPX protocol). No matter which way you choose, get ready for adrenaline-pumping, action-packed excitement that's sure to give your heart a real workout.

Evilution:
Far from earth, the UAC recommenced their experiments on on of the moons of Jupiter. A spaceship, mistaken for a supply vexxel on radar, hovered above the base. Hideous demons poured out, blanketing the base with death. All your comrades were quickly slaughtered or zombified. This time, it's not about survival. It's about revenge.

The Plutonia Experiment:
Every effort has been made by the nation's top scientists to close the seven interdimensional Gates of Hell, but one portal remains open. Alone, you must infiltrate the ravaged complex, defeat the demon Gatekeeper and seal the last Hell-hole before the undead are prepared to, once again, take over the world.

MASTER LEVELS FOR DOOM II
Introducing the Master Levels for DOOM II. Twenty never-before-seen levels all with the same acid drenched, hell spawned horror of the originals. Each was created by independent designers and supervised by the demented minds of id Software. You might as well forget about seeing the light of day ever again.

The demons came and the marines died. Except one. You are the last defense against these hell-spawned hordes. Prepare for the most intense mutant-laden, blood-splattered action ever! The texture-mapped virtual world is so real, you don't just play DOOM - you live it.

The Ultimate DOOM takes you beyond anything you've ever experienced. First, you get all three original episodes - that's 27 levels of awesome, explosive excitement. Then it really blows you away with an all-new episode: Thy Flesh Consumed.

Now you're dead meat. Just when you think you're getting pretty good at DOOM, you get hit with Perfect Hatred, Sever the Wicked and seven other expert levels never seen before! They're so incredibly tough, the first 27 levels will seem like a walk in the park!