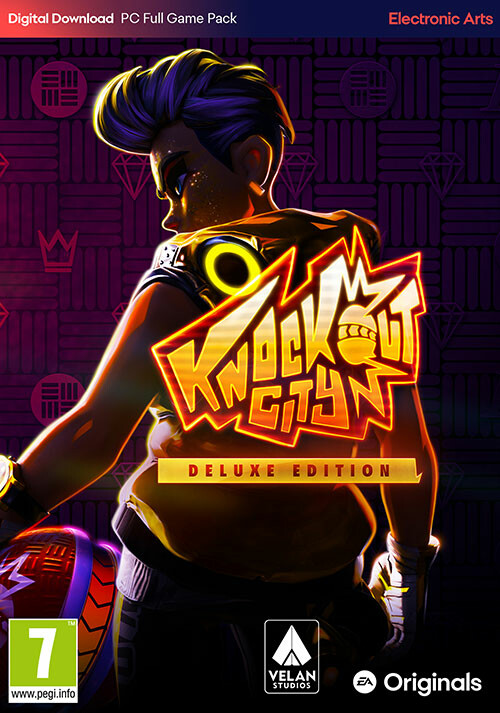 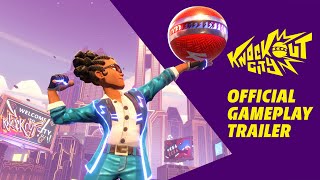 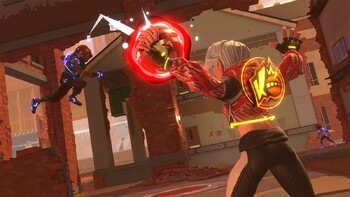 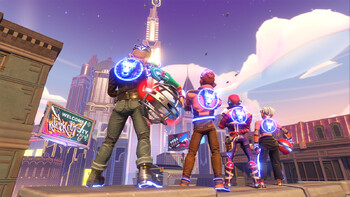 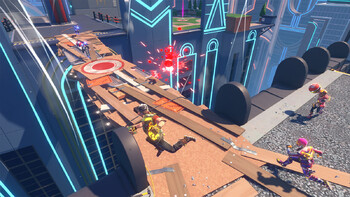 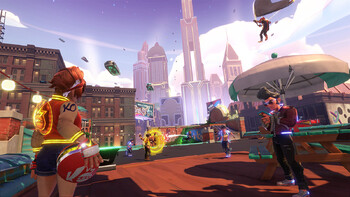 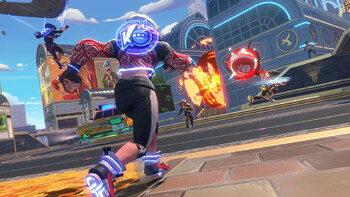 Achieve dodgeball dominance in style with the Knockout City™ Deluxe Edition*! Duke it out with other ballers while repping your Crew’s status with exclusive Epic Deluxe Edition rewards, including one outfit, a Crew vehicle, three Crew logos, and three Crew banners. Plus, start with 1,000 Holobux** to spend in the Brawl Shop!

Team up and duke it out with rival Crews in Knockout City, where you settle the score with epic dodgeball battles. Brace yourself for outrageous fun and intense competition in an all-new take on team-based multiplayer games.

Customize your character and form a Crew with friends to start your Knockout City takeover. Knock out opponents with trick shots and coordinated teamwork while dodging and catching balls flying across the map. No ball? No problem! You can literally ball up, roll into a teammate’s hands and become the ultimate weapon.

*INTERNET CONNECTION; EA ACCOUNT; ACCEPTANCE OF EA USER AGREEMENT (terms.ea.com) & ORIGIN END USER LICENSE AGREEMENT (ea.com/legal) & INSTALLATION OF THE ORIGIN CLIENT SOFTWARE (origin.com/download) REQUIRED TO PLAY. EA'S PRIVACY & COOKIE POLICY APPLIES (privacy.ea.com). YOU CONSENT TO ANY PERSONAL DATA COLLECTED THROUGH YOUR USE OF EA’S SERVICES BEING TRANSFERRED TO THE UNITED STATES, AS FURTHER EXPLAINED IN THE PRIVACY & COOKIE POLICY. ACCESS TO SOFTWARE CONTENT IS LIMITED TO ONE EA ACCOUNT & IS NON-TRANSFERABLE AFTER PURCHASE. YOU MAY NEED TO BE 16+ (13+ IN THE UK) TO ACCESS ONLINE FEATURES (AGE MAY VARY, SEE http://o.ea.com/ea/child-access FOR DETAILS). EA MAY PROVIDE CERTAIN FREE INCREMENTAL CONTENT &/OR UPDATES. © 2021 Velan Studio, Inc. EA and the EA logo are trademarks of Electronic Arts Inc. Trademarks are the property of their respective owners.
**REQUIRES KNOCKOUT CITY ON APPLICABLE PLATFORM, ALL GAME UPDATES, EA ACCOUNT AND PERSISTENT INTERNET CONNECTION.

"Knockout City's fantastic spin on dodgeball combat has surprising depth, making it one of the best team-based PvP games in years."

"Knockout City punches above its weight as a complex and uniquely fun competitive brawler."

"At launch, Knockout City lacks in content, but it makes up for it with a strong base game and a ton of potential to grow in the future"