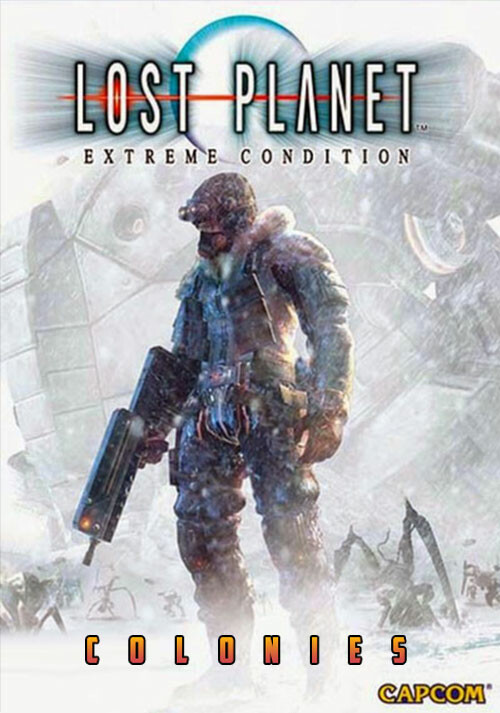 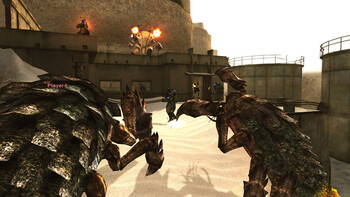 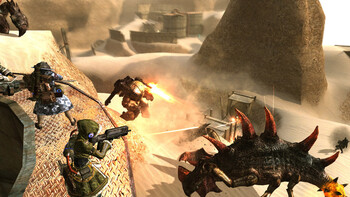 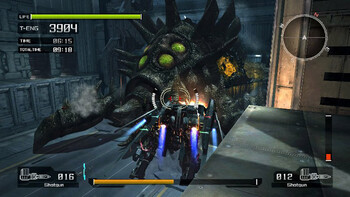 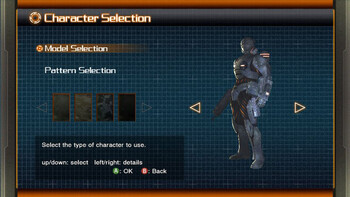 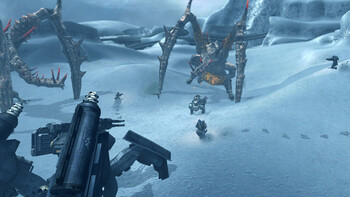 Fans of multiplayer action will not be disappointed as Lost Plant: Extreme Condition - Colonies Edition allows them to enjoy a host of new maps, characters, weapons and gameplay modes. Players turn poacher as they attempt to steal opponents' Akrid eggs in a number of individual and team play modes and the addition of VS Annihilator Mode assigns one Vital Suit to each team which must be defended at all cost. Colonies Edition also includes the feature that Lost Planet fans across the globe have been clamouring for - the ability to play as a marauding Akrid. Revel in the chance to turn the tables on the Snow Pirates as you assume the role of one of E.D.E.N. III's indigenous creatures in Akrid Hunting mode.

All of these modes can be played across a total of 20 diverse maps including a number of brand new multiplayer arenas such as the confines of an ancient coliseum and the zero gravity of space; in addition to familiar locations from the Lost Planet universe. And what's more, for the first time, PC gamers will be able to join up with or play against Xbox 360 owners thanks to Colonies Edition's cross platform compatibility.