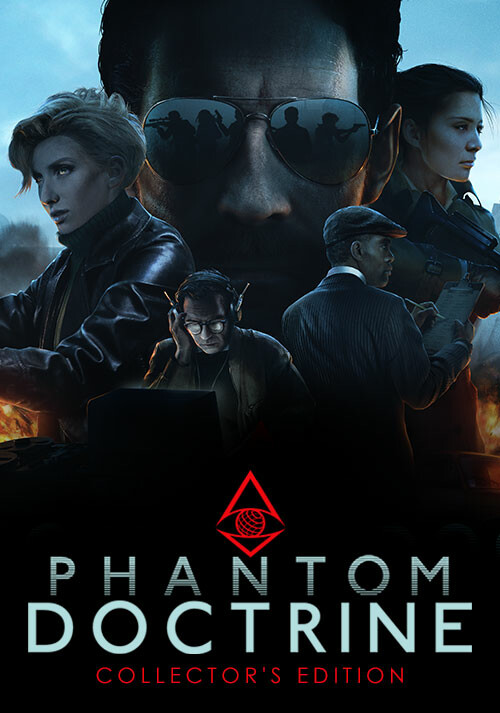 Phantom Doctrine plays like an XCOM and surprises with a lot of freedom. These intelligence operations are a real treat for strategists and tacticians. Fans of the XCOM series in particu...

Phantom Doctrine is a strategic turn-based espionage thriller set at the peak of the Cold War. Drawing on a wide variety of influences and capturing the subtle intrigue of classic spy films, the game thrust the player into a mysterious world of covert operations, counterintelligence, conspiracy and paranoia.

As leader of a secret organization known only as The Cabal, you are charged with preventing a global conspiracy that seeks to pit leader against leader, and nation against nation. By carrying out secret missions, investigating classified files, and interrogating enemy agents, a sinister plot is uncovered.

With the clock ticking, it must be thwarted in order to save the world from an unthinkable fate.

"Phantom Doctrine demands the patience and calculation of a cold-blooded assassin, but the methodical style of play is rewarding"

"The campaign itself can feel drawn out at times thanks to a less-than-stellar story and some obviously recycled content, but there's a real thrill in executing covert missions and..."