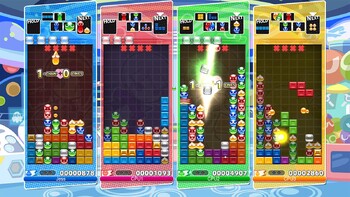 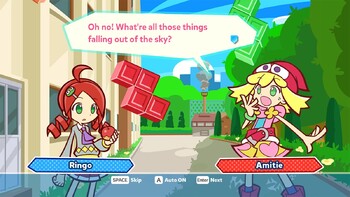 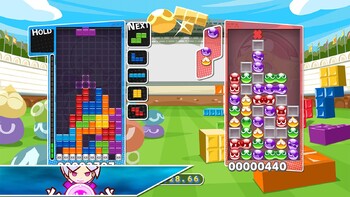 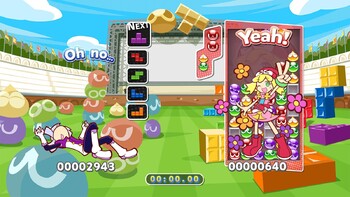 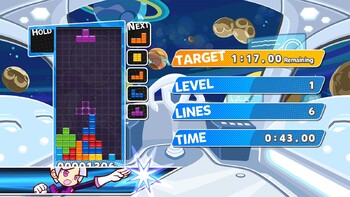 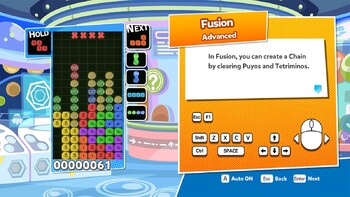 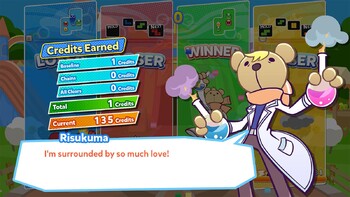 Puzzlers rejoice as the crossover puzzle sequel Puyo Puyo Tetris 2 will finally be making the jump to PC on March 23rd via Steam. The previously console exclusive is diving onto PC with ...

Wow this was unexpected, SEGA are bringing the popular puzzle crossover game Puyo Puyo Tetris to PC on February 27th. It will feature a number of game modes for up to 4 people! Pre-orde...

Buy Puyo Puyo Tetris as a Steam key at Gamesplanet.com

Two puzzle game juggernauts collide as Tetris®, one of the largest-selling and recognized brands in gaming history, and Puyo Puyo™ from SEGA combine to create a fun-to-play, fast-paced, competitive party game like no other! There’s a ton of different styles of gameplay – from the single-player Adventure and Challenge modes to the ferocious competition of the up-to-four-player Arcade modes. Unlock new characters and backgrounds in Adventure mode, or unlock new character voices, skins for Puyos and Tetriminos, backgrounds and more in the in-game Shop. You can even try your puzzle skills on a global scale by playing any of the multiplayer modes with up to four players online in Puzzle League or Free Play modes.

"Sega's brilliant puzzler Puyo Puyo makes a long overdue return to the west as part of this outstanding package."

"The classic Tetris and Puyo Puyo action is enjoyable, but the new modes are letdowns"

"Puyo Puyo Tetris seemed like an unexpected crossover when it first hit Japan in 2014, and it still does now that it's come to the West. And yet, the idea has come together..."

This game sometimes shows mouse, keyboard, or non-Steam-Deck controller icons
All functionality is accessible when using the default controller configuration
In-game interface text is legible on Steam Deck
This game's default graphics configuration performs well on Steam Deck
Singleplayer gameplay requires an active Internet connection
This game does not default to external Bluetooth/USB controllers on Deck, and may require manually switching the active controller via the Quick Access Menu