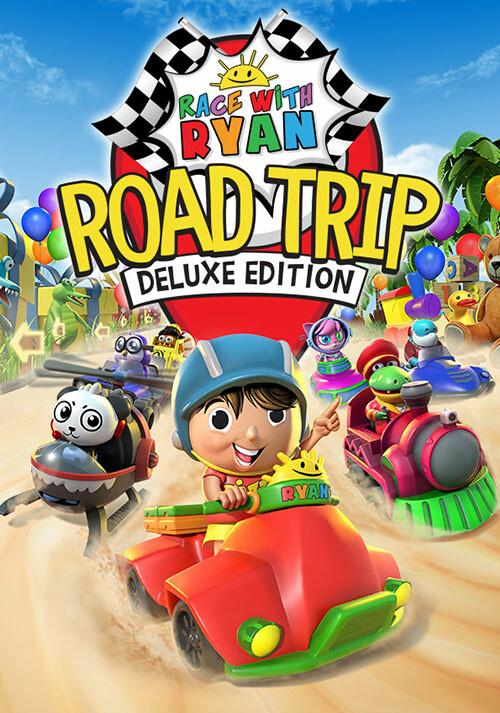 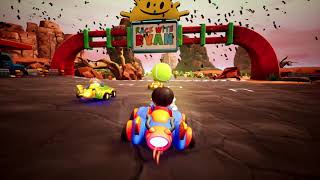 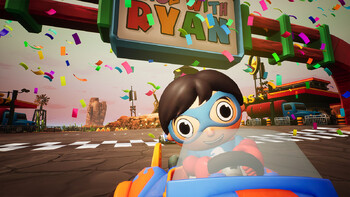 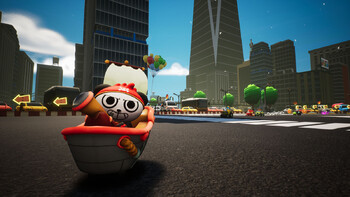 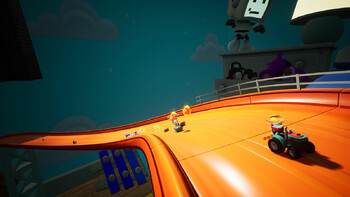 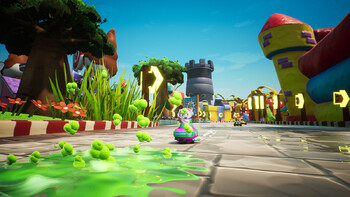 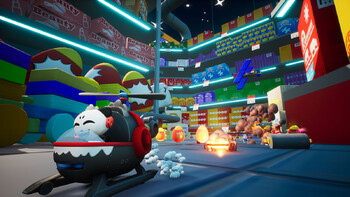 Play as Ryan and an expanded roster of friends, with 12 new USA-themed drivers including American Titan, Kansas Gus, New York Lexa and more. And join them on the open road for an American truck tour, featuring 4 new circuits as exciting and colorful as a kid’s imagination. Cruise out west on historic Route 66, prove you're the coolest driver in Icy Land, get back to nature in the Forest, and zoom past traffic in the City. Will you be first across the finish line... again?

The Deluxe Edition also includes all the high-speed action of the original Race with Ryan. Go for the championship in Career Mode, or speed past your friends in 2-4 players split-screen races. And power through the pack with the surprise items in Ryan’s famous Mystery Eggs – like Burger Shields, Sticky Slime, Trick Surprise Eggs, and many more. With simple controls, optional auto-acceleration, and a tutorial to guide younger players through their first video game, it's the perfect Christmas gift for drivers of all ages!