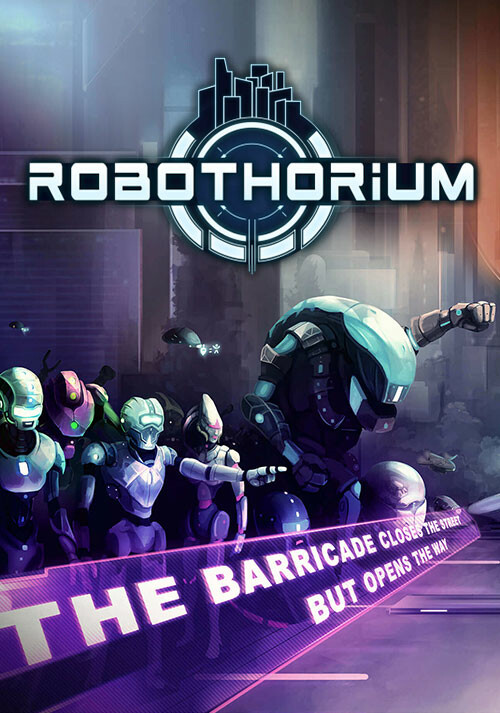 “An unexpected gem of a title about the uprising of your very own robot army.”
GameGrin

“Right now, Robothroium feels more of a complete game than an Early Access one”
Geeks under grace

Lead your own robotic revolution
Your uprising will be unique! Each of your choices will impact random generation and the next missions! They will also change your relations with the 5 different factions present in the game.

Turn-based fights
Develop your strategy with 8 classes of robots, each one having its own synergies. Face plenty of enemies designed with unique mechanics and defeat the BreakTech enterprise!

Manage your troop of robots
Choose your allies and manage your reserve of robots. Craft and gather powerful items, upgrade your talents and give your support to demonstrations all around the world!

Online multiplayer
Face other players and prepare your response by customizing your AI!

You, S.I.A, an enhanced artificial intelligence, have to end this surrounding chaos and build a future for your robots. Unite with the new rebel factions, which have been engaged in turf war for months, then deal with cyborgs, humans and robots to lead your own robotic uprising.