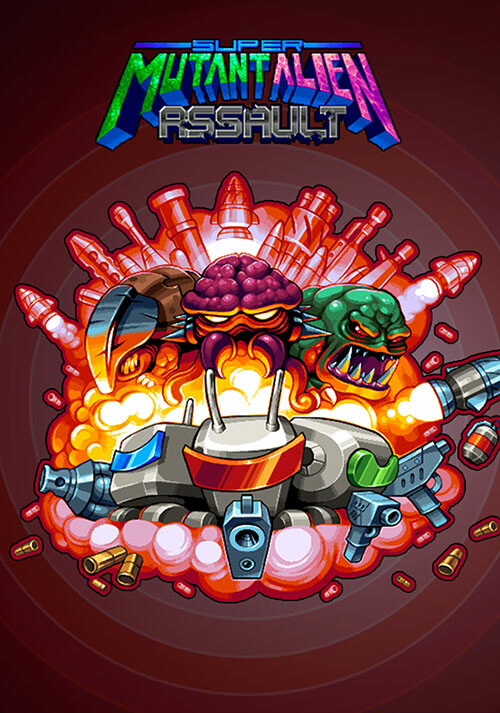 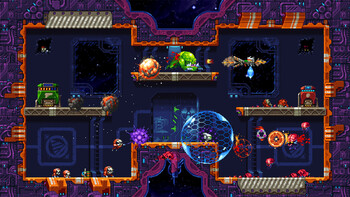 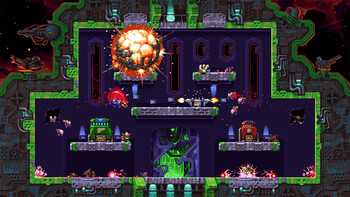 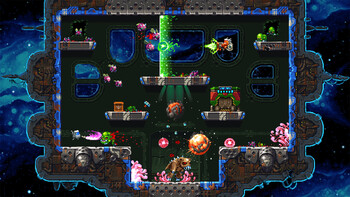 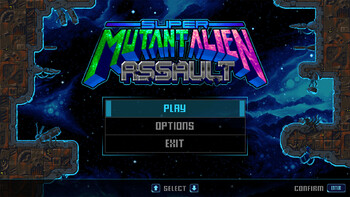 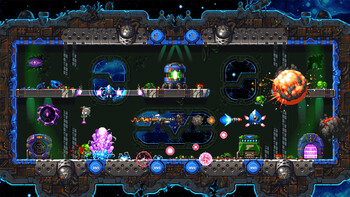 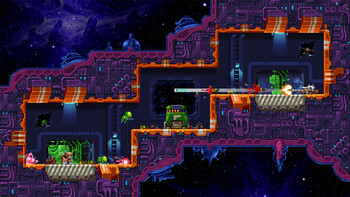 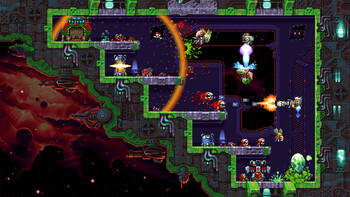 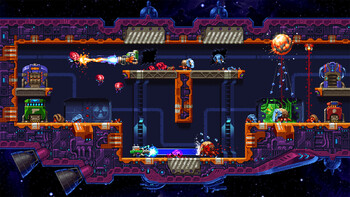 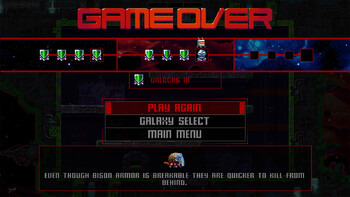 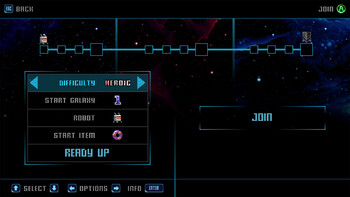 Three fleets of spaceships flee a doomed Earth carrying the last humans in cryostasis. Pursued by aliens, it’s up to the lowly security droids to save humanity. Taking up arms solo or with a friend, you must dance with death in a brutal and addictive arcade platformer shooter inspired by Super Crate Box and stuffed to the brim with unlockables.

Fight through rapid fire single screen levels each with a random combination of platform layout, objective, vending machines and enemies. Dodge and weave amongst the aliens to stay alive but don’t leave them standing too long or the ship’s radiation will mutate them into bigger, nastier versions.

Only by unlocking and mastering the wild variety of weapons, explosives, special abilities, defense moves and perks can you hope to survive across all three galaxies, rid your ship of the mutant menace and save the oblivious humans. INTENSE AND BRUTAL ACTION: Rapid fire levels give you no rest as hordes of enemies arrive, hell-bent on your destruction. Clear the objective quickly and be sure to kill each enemy before it has the chance to mutate into a bigger, nastier version of itself. Take a tiny breather and then it’s on to the next room.

"Super Mutant Alien Assault isn't the greatest shooter in recent memory, but that doesn't take away the fact that it's just really fun to play. And there's plenty of depth tucked away..."

"Pitting you against wave after wave of alien attackers, Super Mutant Alien Assault's randomised levels will put your action platforming skills to the test. It can be a bit short if..."