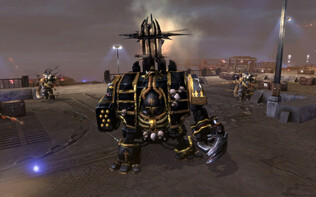 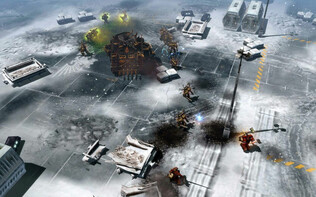 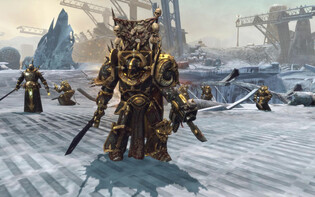 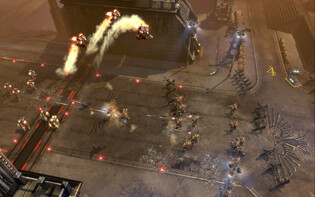 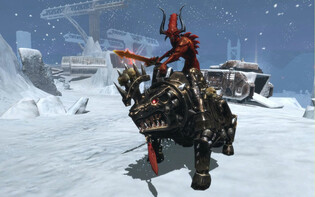 Dawn of War III has just shown off it's first gameplay footage from the game, take a look at what you can expect from the upcoming RTS including massive mechs, spacer lasers and marines! ...

It's been a long time since we had a Dawn of War title (7 years or 5 years if you don't count expansions) so SEGA and Relic Entertainment have revealed to the world a brand new entry in t...

In THQ Inc. and Relic Entertainment's sequel to the acclaimed Dawn of War II real time strategy franchise, you return to sub sector Aurelia where a long lost frozen ice planet has reappeared from the Warp, bringing with it new secrets to uncover and foes to face.

In Dawn of War II: Chaos Rising you will take command of the Blood Ravens and defend the sector against the Chaos Space Marines of the Black Legion. Purge the chaos filth and hold the chapter together as traitorous forces work from within to try bring down the Blood Ravens.

Warhammer 40,000: Dawn of War II Chaos Rising -- Copyright © Games Workshop Limited 2010. Dawn of War, Chaos Rising, the Dawn of War II logo, GW, Games Workshop, the Games Workshop logo, Space Marine, 40K, Warhammer, Warhammer 40,000 Device, the Double-headed Eagle device and all associated marks, logos, places, names, creatures, races and race insignia/devices/logos/symbols, vehicles, locations, weapons, units and unit insignia, characters, products, illustrations and images from the Dawn of War II game and the Warhammer 40,000 universe are either ®, TM and/or © Games Workshop Ltd 2000-2010, variably registered in the UK and other countries around the world, and used under license. All Rights Reserved. Developed by Relic Entertainment. SEGA, Relic Entertainment and their respective logos are trademarks and/or registered trademarks of SEGA. All rights reserved. All other trademarks, logos and copyrights are the property of their respective owners.