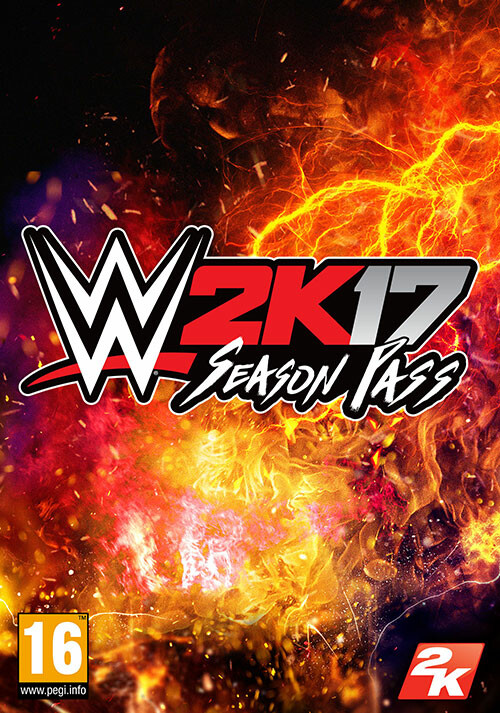 NXT Enhancement Pack:
We Are NXT! Celebrate the brand that has captivated audiences around the world with the WWE 2K17 NXT Enhancement Pack! Receive playable characters Apollo Crews, Nia Jax and Shinsuke Nakamura and earn a 50% boost in points earned for your MyCareer Superstar while in NXT!

Legends Pack:
Expand your roster and play as some of the greatest legends in WWE history with the WWE 2K17 Legends Pack. Playable legends include Brutus “The Barber” Beefcake, Eddie Guerrero, Greg “The Hammer” Valentine, Sycho Sid, and Tatanka.

New Moves Pack:
Over 35 new moves to add to your arsenal! Stun your opponents with the Swingout Neckbreaker like Charlotte, dive off the top rope with a Zack Ryder Elbro Drop, or give your opponent a Face Wash Combo like Samoa Joe.

Hall of Fame Showcase:
Relive some of WWE’s most historic matches featuring the 2016 Hall of Fame Class and also get new playable characters, attires, and arenas! Matches include Sting vs Ric Flair (1988), Cactus Jack and Diamond Dallas Page vs. The Fabulous Freebirds (1992), Papa Shango vs. The Godfather, Big Boss Man vs. The Big Show, and much more.