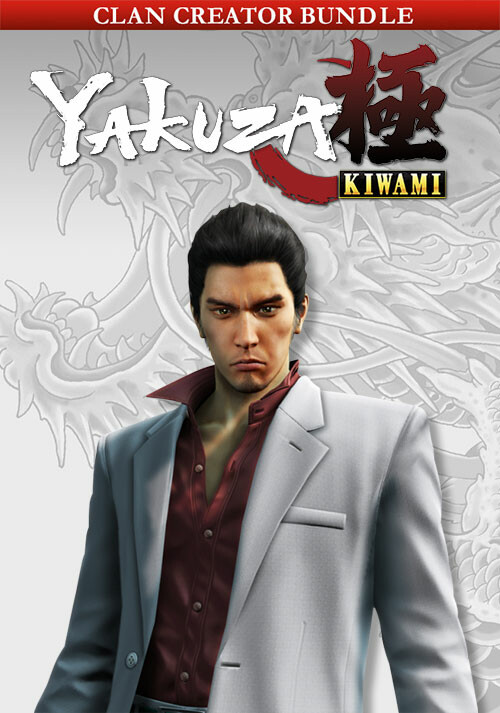 The Dragon of Dojima returns to face off new foes as Yakuza Kiwami 2 is now available for PC. Kazuma Kiryu must journey to Sotenbori, Osaka to broker a peace between rival clans. The PC v...

Yakuza Kiwami 2 coming to PC on May 9th, pre-order today!

Kazuma Kiryu returns next month when Yakuza Kiwami 2 comes to PC on May 9th. Pre-order the game today to get bonus DLC and save 10% off! Experience the next chapter in the Yakuza series...

The ultimate Clan Creator bundle for Yakuza Kiwami 2! This bundle includes ALL the DLC from the console version, including the super, super rare (SSR) Clan Creator Leaders and Packs as well as two exclusive weapons, the Kiwami Machine Gun and the Kiwami Demon Blade!

Retrieve the Clan Creator Leader cards from a delivery box inside New Serena or Aoi.

The Florist of Sai Clan Creator Leader (SSR)
The Florist's unique skill “True Essence of Repair” will repair durability for all equipment by 30%.

© SEGA. SEGA, the SEGA logo and YAKUZA are either registered trademarks or trademarks of SEGA Holdings Co., Ltd. or its affiliates. All rights reserved. SEGA is registered in the U.S. Patent and Trademark Office. All other trademarks, logos and copyrights are property of their respective owners.