The rats are coming: Watch the launch trailer of A Plague Tale here: Innocence!

Only a few hours to go until the release of A Plague Tale: Innocence, and to get us in the mood for the release, publisher Focus Home Interactive has released the launch trailer for the upcoming action adventure game. Take a trip though France in the 14th century, a period plagued by war and the plague. Help siblings Amica and Hugo escape the inquisition and the hordes of rats on the streets in order to survive. Expect a brutal, merciless world with a gripping story that will leave its mark on the player.

A Plague Tale: Innocence launches on May 14th for PC. Pre-order the game at Gamesplanet to save and get alternate outfits + coat of arms for free! 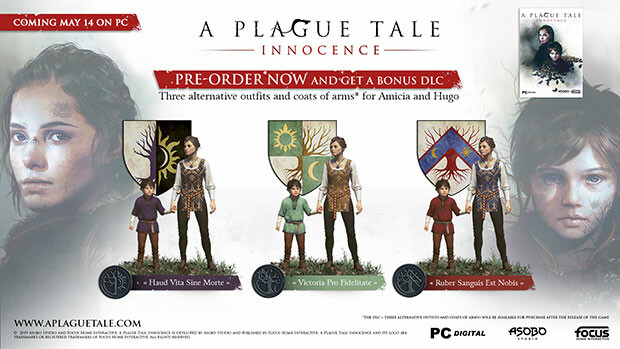