Experience one of the most exciting and fast-changing periods of all time. Discover new technologies, continents, and societies.

Anno 1800: Register now for a chance to play in the upcoming Closed Beta

Ubisoft unveils Closed Beta plans for their upcoming Anno 1800, which is launching on February 26th 2019. Register now to get a chance to test the game next month.

We're getting even closer to the next entry in the Anno series as Ubisoft are set to launch Anno 1800 on February 26th 2019. Before that however, they're inviting the community to test the game next month to ensure a smooth launch. Players will be able to register to their interest right now in order to be selected to join in the Beta from next month. The only requirement for signing up to the beta is to have an Anno Union account.

To signup all you need to do is head over to the Anno Union website before Ubisoft shuts the door in your face. Registration does not guarantee you a beta key, but you have the chance to get invited to the Closed Beta for Anno 1800 before release. This is the second beta phase after the first technical test, and Ubisoft will be inviting even more players than before, so there's a good chance you'll get in. If you are one of the lucky ones to be selected for the technical test, you don't have to do anything for the second Closed Beta and will be able to play when that goes live.

Anno 1800 launches on February 26th 2019, and you can pre-order the game today for 10% off. Pre-orderers will also receive the following bonuses for free when purchasing from us: 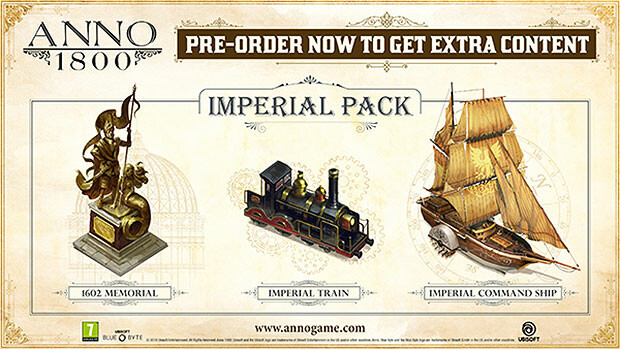