Yesterday we got our first glimpse at the upcoming the new Assassin's Creed, with Assassin's Creed Origins players will travel to Ancient Egypt and witness the birth of the Brotherhood. The game will feature new improvements to the franchise, including the ability to find weapons along your adventure that can be upgraded and even adds in a new RPG system to help level your character up. Now we get our first true Cinematic Trailer which showcases off the world of Egypt in all it's glory! 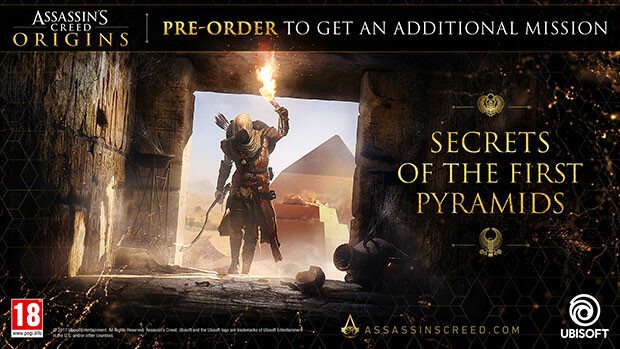 Assassin's Creed Origins is coming on October 27th, you can pre-order today to get bonuses!