With Battlefield V, the series goes back to its roots in a never-before-seen portrayal of World War 2. Take on physical, all-out multiplayer with your squad in modes like the vast Grand Operations and the cooperative Combined Arms, or witness human drama set against global combat in the single pl...

Gamesplanet Review Round Up: Battlefield 5

Head to the trenches of World War 2 in the upcoming FPS Battlefield 5 which launches later tonight. While you wait take a look at what critics are saying about the latest entry in the series with our review round up. 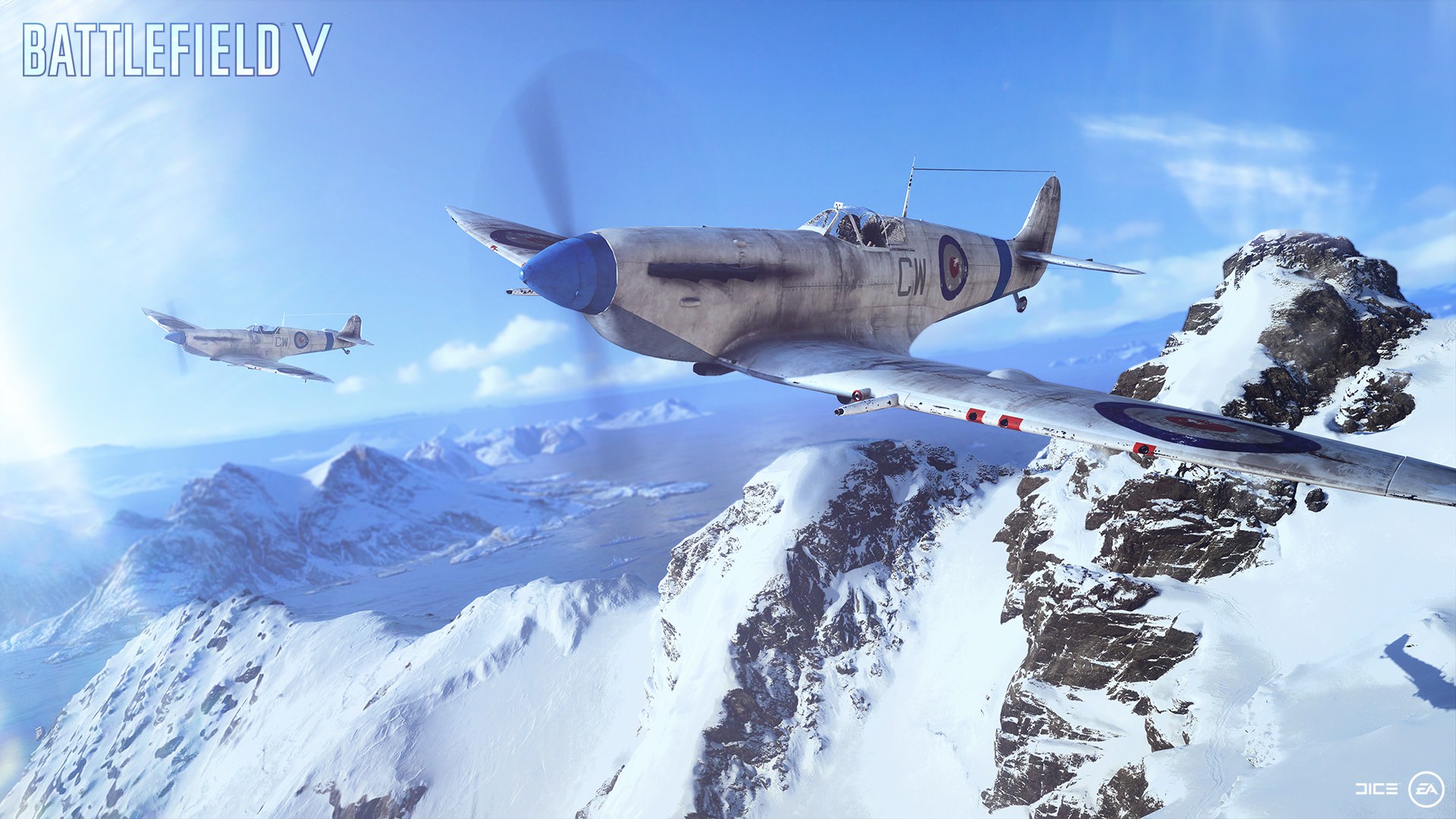 I see a goat on that mountain.

The Battlefield series returns with the release of Battlefield 5 tomorrow, and this time we're going back to World War 2 (which was previously featured in Battlefield 1942). Like Battlefield 1, Battlefield 5 will feature War Stories that tell short tales of soldiers on the front-lines. These will make up the game's campaign and take place in a variety of locations, such as snowy mountains, large open fields and more. At launch there will be 3 War Stories, each with their own soldier and gameplay, as well as a 4th story being added in December. Multiplayer is once again back and bigger than ever, with a large variety of gadgets, weapons and vehicles, plus 8 large maps to play with at launch (with more on the way later). From the Snowy Mountains of Norway, to the streets of Rotterdam, with support for up to 64 players to battle it out on land, air and sea.

Battlefield 5 will feature classic multiplayer modes such as Frontlines, Conquest, Team Deathmatch, Domination, each with new revamped gameplay - including the ability to create fortifications using things like sandbags to build cover. There's also brand new modes such as Grand Operations which are inspired by historic battles and take place over multiple maps. Battlefield 5 will also include a Battle Royale mode in Spring 2019 when Firestorm launches. In Firestorm 16 teams of four will battle it out to become the last team standing.

That's not all either, as post-launch content will be free for ALL players and will not require an additional Season Pass this time around. Tides of War will see a number of updates after release starting with The Fall of Europe, which spans several months and takes place in France in the Spring of 1940 with new weekly/monthly in-game events and more.

Let's dive into the critic scores to see how the Battlefield 5 is doing among the gaming sites! Open Critic currently lists the game at a Strong 80 rating, based on 49 scored reviews. 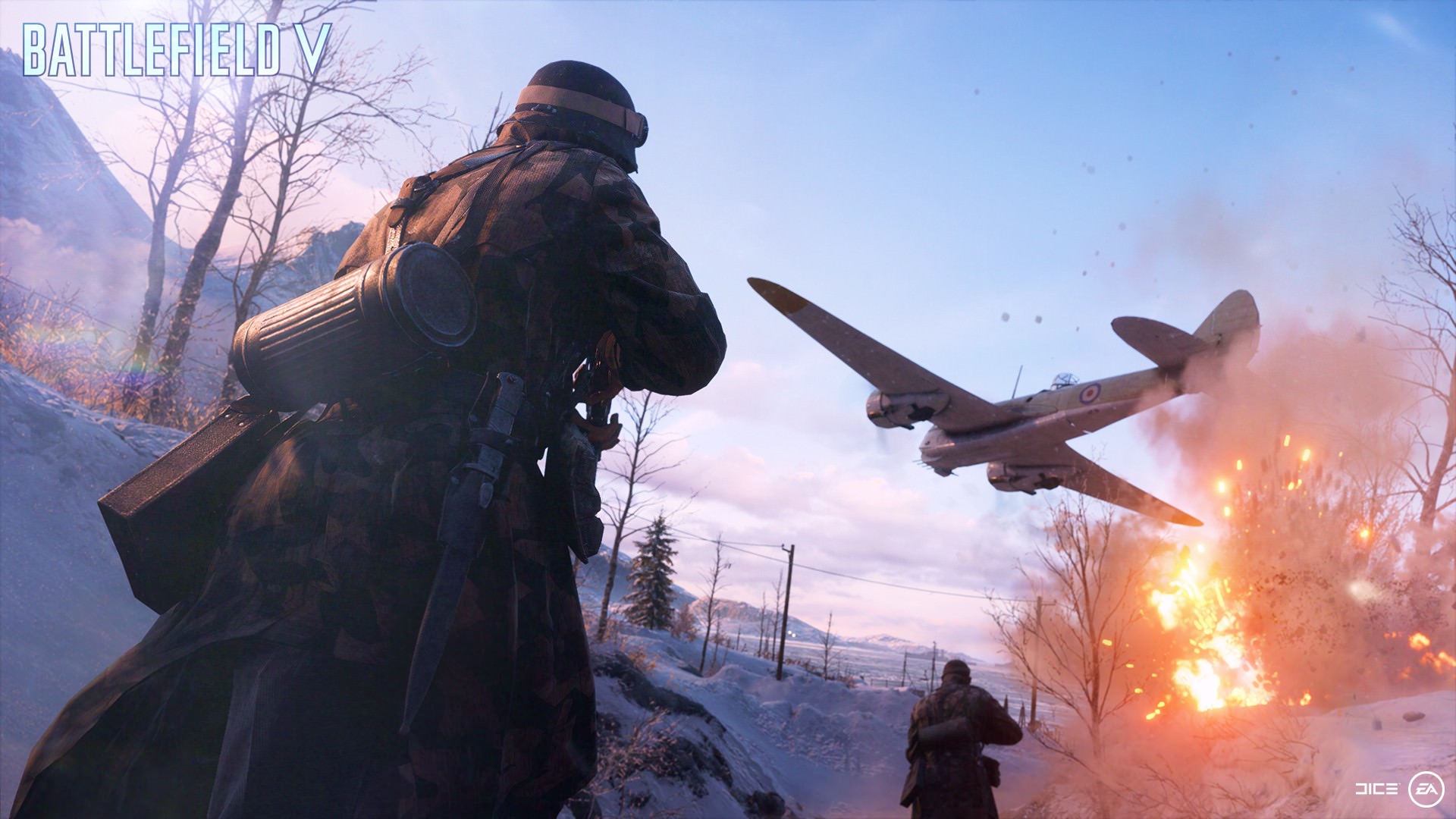 "Battlefield V scratches an itch that many will have had since Battlefield 4. DICE have found a great feel for the gunplay, the tweaks to classes and additions like fortifications largely work as intended, and the way that Grand Operations have evolved brings a refreshing variety to the game. Sure, it's around the edges at launch and with some largely forgettable single play War Stories, Battlefield V is a diamond in the rough."
– Stefan L, TheSixthAxis (8/10)

"There's an unmistakable familiarity to Battlefield 5. It's rough in spots, but the formula incorporates some small tweaks and truly shines in the more focused objective-based modes."
– Michael Higham, Gamespot (8/10)

"Not as drastic a change up as its WW1 predecessor, nor as wild or wondrous, Battlefield 5's deliberative design sidelines its strengths as a simulative sandbox."
– Alex Avard, GamesRadar+ (3.5/5 stars)

"As it stands right now, the game is a rough, uncut diamond that could’ve been the crown jewel of class-based multiplayer first-person shooters."
– Chris Jarrad, Shacknews (8/10)