From PlatinumGames’ legendary director Hideki Kamiya of Resident Evil and Devil May Cry fame, SEGA brings one of the most universally acclaimed character action games of all time to PC.

Gamesplanet Review Round Up: Bayonetta

The Femme Fatale brings her Curves to the PC

No one could have predicted this would happen, back in 2009 a game known as Bayonetta would become a critical smash among fans and critics alike and would later span a sequel that would raise the bar even further. It was the game from PlatinumGames that put them on the map and would show the industry what they were capable of making (though their first title was actually Madworld years earlier). Since then they've been behind hits such as Transformers: Devastation, Metal Gear Rising: Revengeance, The Legend of Korra and of course this year's recent release Nier: Automata.

After originally being a 360 and PS3 game the title eventually found it's way to Wii U, but now it has finally made it's way to PC after 7 years. The team has decided to give this version extra loving care with support for 4k resolution support, anti-aliasing, anisotropic filtering, SSAO lighting, better textures, improved shadows and much more. Now players can finally experience Bayonetta in all her glory!

Just how has the updated version of the game turned out? Let's dive into the PC reviews and look at what the critics had to say for this new version of Bayonetta! 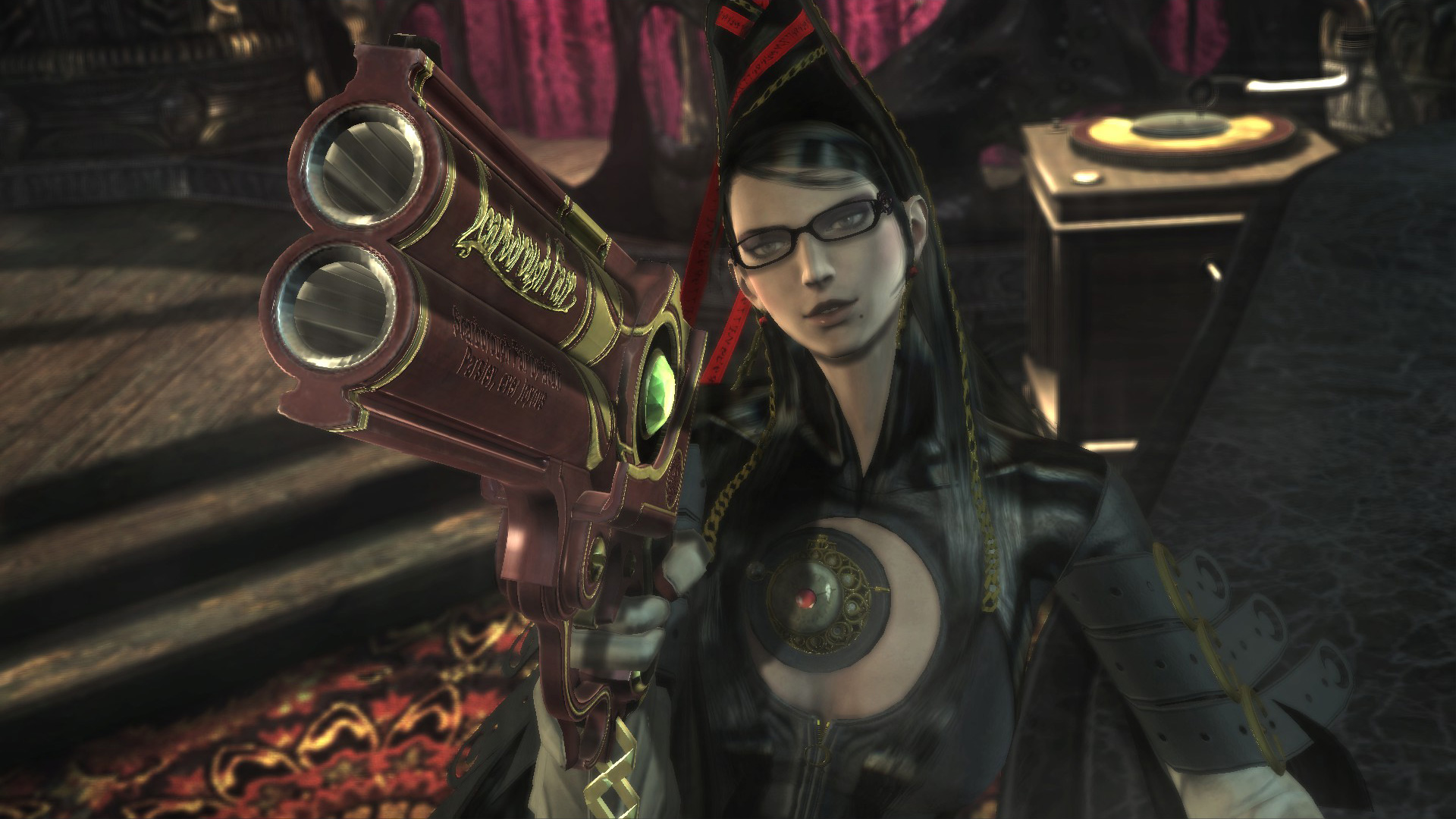 Kicking us off in high heeled fashion is the review from PC Gamer. You play as Bayonetta who is a Witch with amnesia that must hunt down angels as she tries to uncover her past to discover just who she is. As you'd expect the story isn't the main star of the game but it's the fast paced hack and slash gameplay that offers up a mix of guns, swords and crazy hair attacks. Master dodging to be able to use "Witch Time", which slows down time to allow players to solve puzzles and tackle harder foes with ease. When you're in the flow, the combat feels like an extension of Bayonetta's character—and not just because she has a spank attack she can use on stunned enemies. There's a grace to her animations, and, as long as you're not taking damage, she looks poised and in charge during every frame. The game was awarded a heavenly 93 out of 100.

Attack of the Fanboy also loved the PC version of the game and awarded it a perfect 5/5 Stars! As you'd expect with a PC port the game does offer a wide range of options that will give players on various systems the ability to run at higher resolutions compared to the original release. What's even more surprising is the fact the new version is capable of offering 4k resolutions on even older hardware. For most modern PC gamers, you’re going to be able to experience an incredible looking version of this game, when compared to the original 720p release. The original Bayonetta, from an art design standpoint, was incredible. Ramping up the visual capabilities and options with the PC version of the game only accentuate this aspect of Bayonetta. 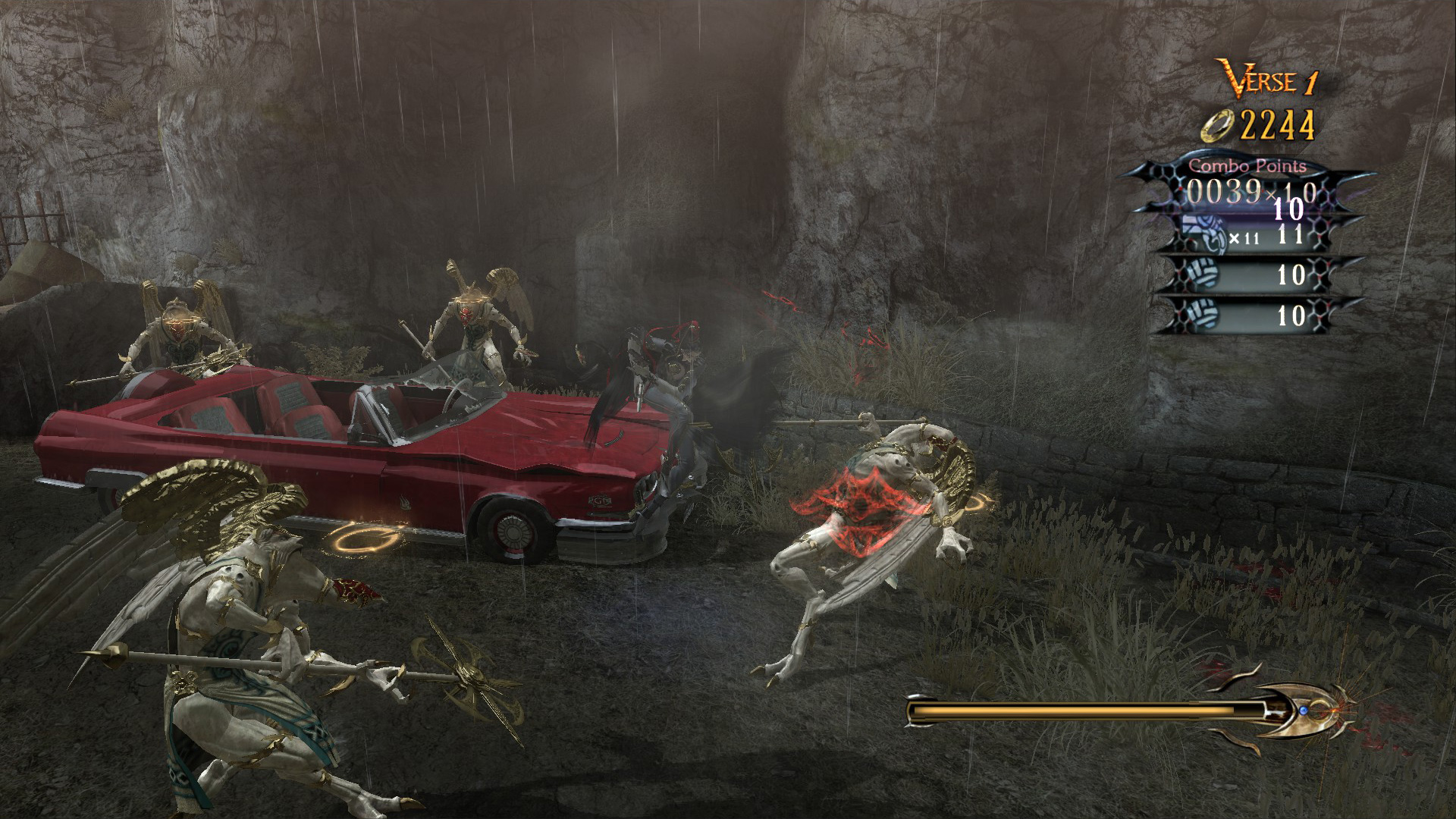 This is my car, touch it and die.

Next it's the turn of CGMagazine who gave the game 9 out of 10. Levels themselves will take you to European Cities, Ruined Palaces, Firey Hells and more, as the game sees you traversing walls and buildings with the help of gravity allowing to recreate some daredevil moments like leaping off bridges or trying to escape from lava in a crumbling city. Level design is definitely a key aspect of the game and you'll be hunting down secrets in every nook possible. The game has a very distinct, deliberate streak of hilarity that permeates the whole experience, which makes the whole thing work on two levels – as a parable about liberated sexuality and as zany romp through Greek cities, skyscrapers, and into actual outer space. It’s brilliant because it can be enjoyed for different reasons by almost anyone – well, unless you’re not a fan of Bayonetta’s outrageous ribald streak. Though you'll be encouraged to try to speed through levels to get the best rating, you may want to soak in the sights the first time you witness these jawdropping action set pieces.

Finishing us off in style is the review from Metro Game Central. Like other hack and slash games before it, Bayonetta uses a combo system which will see you string together combos while dodging enemy attacks. As you progress you will unlock even more weapons and moves, all of which can be a little hard to master but none of which will leave you struggling. By causing more damage you will be able to use powerful "Punish" moves that can deal a huge chunk of damage to any foe (even bosses), and you'll need all the help you can get when you come face to face with the big bads the game has. With enough magic power this escalates to torture attacks, where your angelic foes are thrown into an iron maiden or under a guillotine. And then finally there’s the climax attacks, which involve ripping apart bosses with a demonic parrot (and many even stranger creatures) made of Bayonetta’s own hair. The game offers various difficulties that will give players of all skill levels a chance to experience Bayonetta for themselves. It was awarded yet another impressive 9 out of 10. 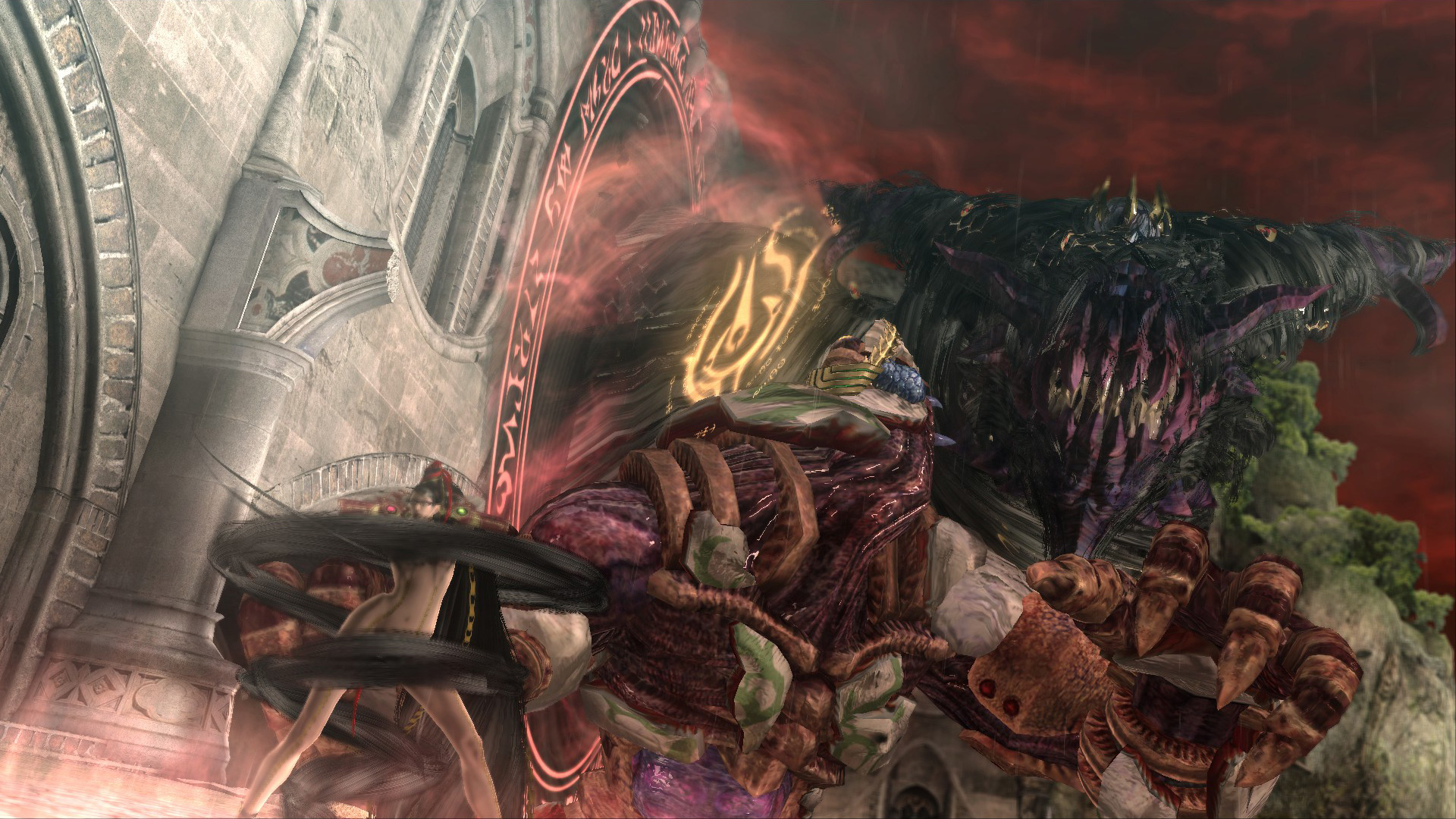 This PC release was completely unexpected, even by me and has been a joy to play a few hours with as I started to learn controls so I could unleash some crazy moves on unsuspecting foes. I had never played the original release, but it was something I always meant to do - fans of Devil May Cry and God of War will be happy with the hack and slash gameplay, while others will find a cinematic action game that is sure to please even the casual audiences. Performance on the PC version can make even really old hardware shine with 4k 60 FPS on most setups, though for the best experience we'd suggest at least a GTX 970 to avoid dips unless you want to play at 1440p or 1080p.

Play with the Sexy Bayonetta today and put an end to some demon scum!