Conan Exiles marks a new record for Funcom as it sells over 1.4 Million copies in half the time of the previous game Age of Conan: Hyborian Adventures. Jewel of the West Pack coming in August.

It may have had some rocky bumps along the way but the MMO Building game Conan Exiles has set a brand new record for publisher Funcom who have announced that their recent game has sold more than 1.4 million copies, in half the time of their previous game Age of Conan: Hyborian Adventures. The game launched in Early Access way back in January 2017 and recently had the full launch in May of this year. To celebrate their new record Funcom have revealed new content coming to Conan Exiles next month, as the Jewel of the West pack adds new content for players to build with.

Jewel of the West takes players to the kingdom of Aquilonia, where Conan will one day lead a rebellion and become King. Like the Imperial East Pack, the Jewel of the West pack will add a number of extra things to Conan Exiles - such as new houses and settlements based on the Aquilonian building pieces - such as a smooth marble tiles to give your structure a Western feel to it.

Creative Director Joel Bylos also revealed a little about the other content coming later this year, which will be free to all players on every platform.

“In addition to the Jewel of the West, the team is also hard at work putting together one of our biggest free updates yet. Launching later this quarter, this update will introduce pets and taming to Conan Exiles, allowing players to find and tame anything from camels to panthers and even spiders and then use them to guard their base, carry resources, and more. This update will be free to all players on all platforms.” 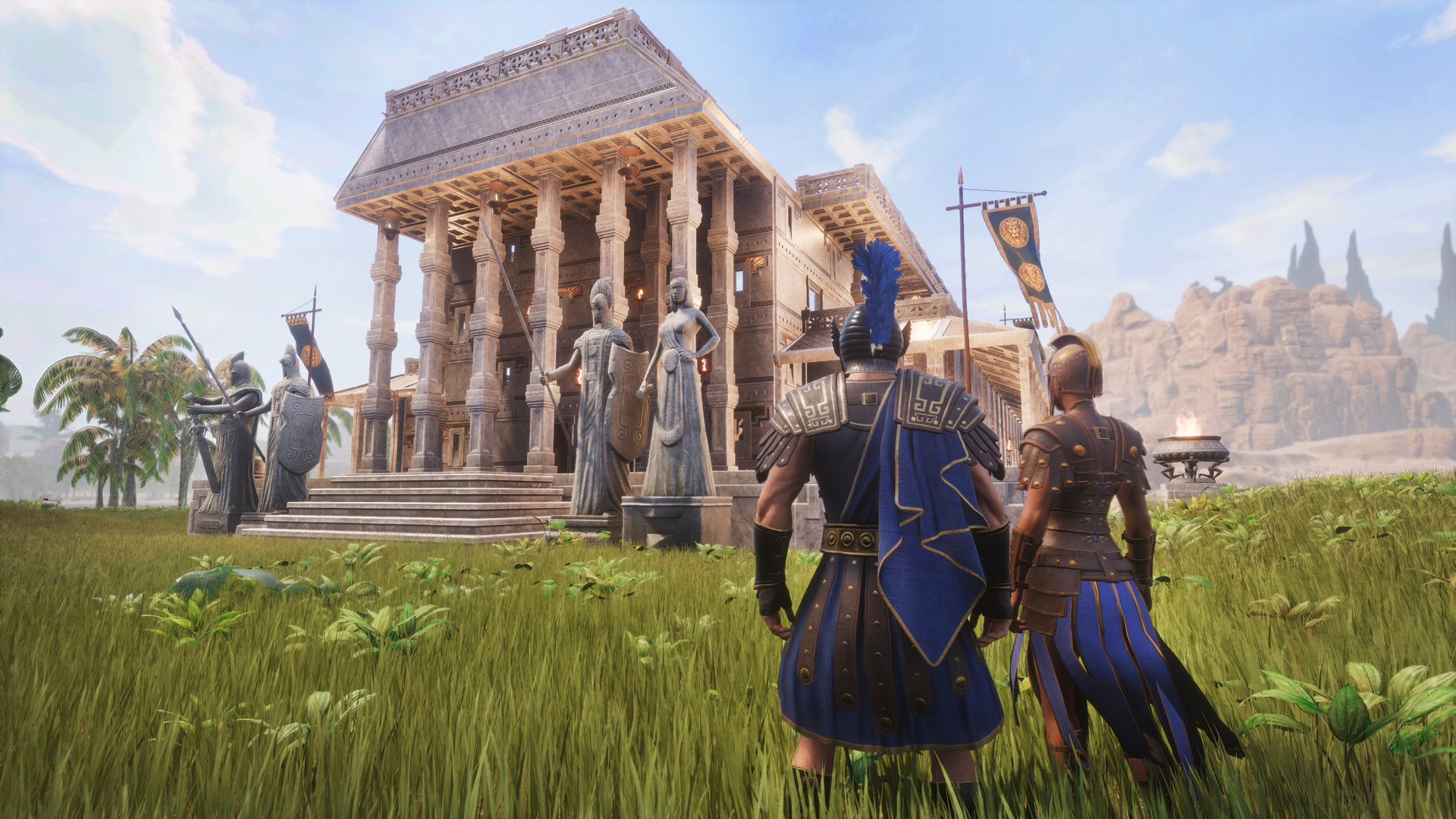 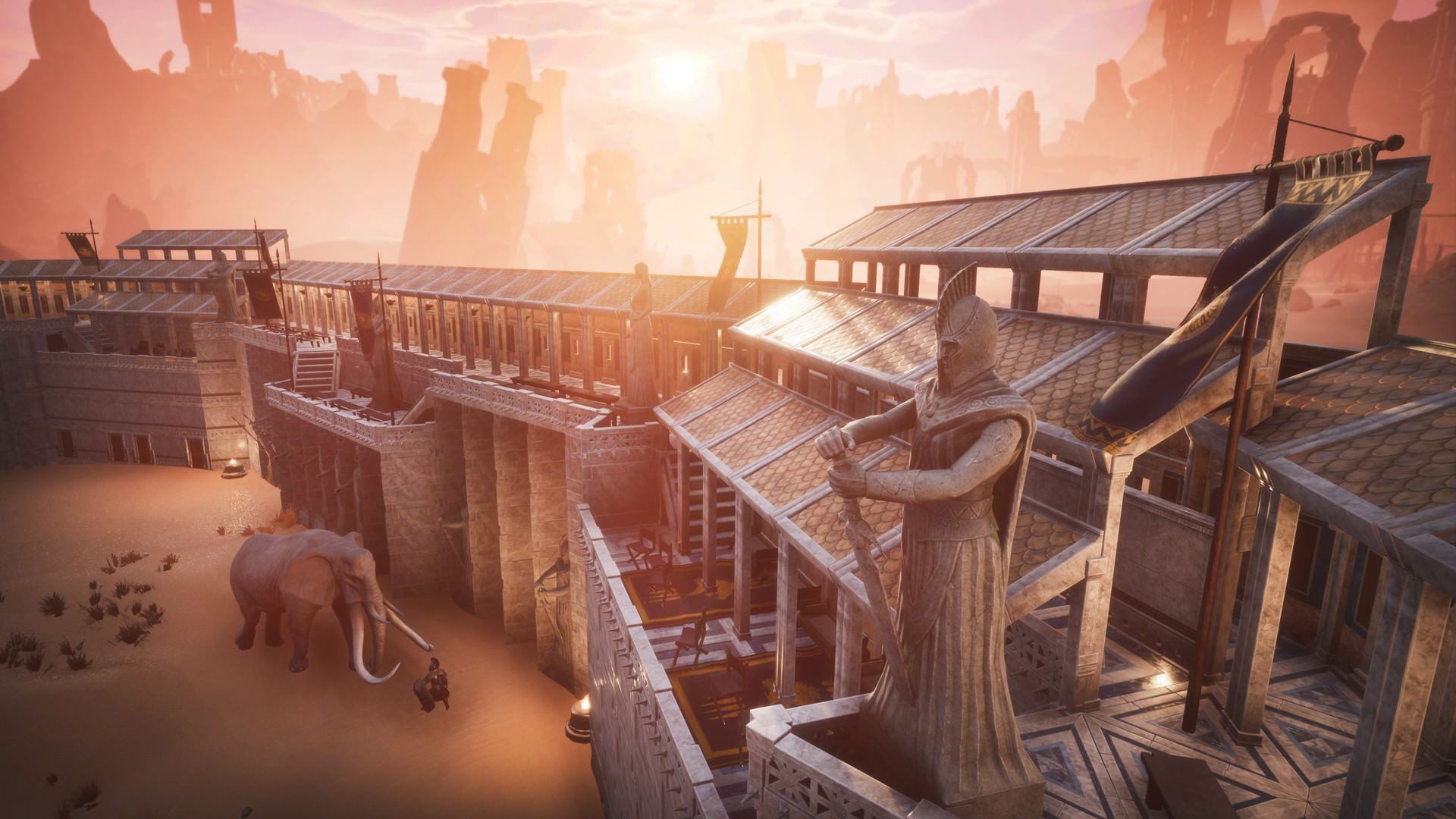 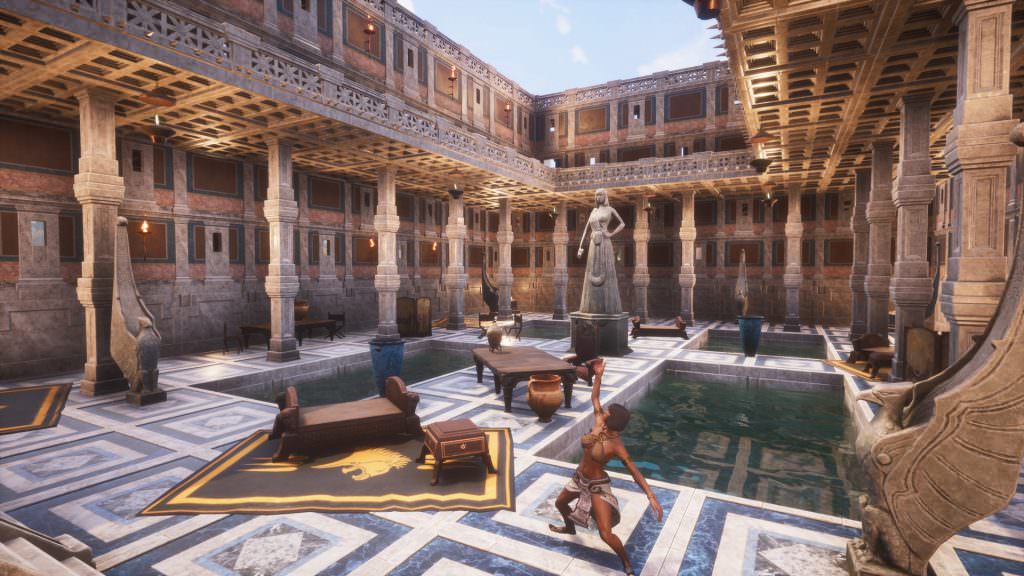 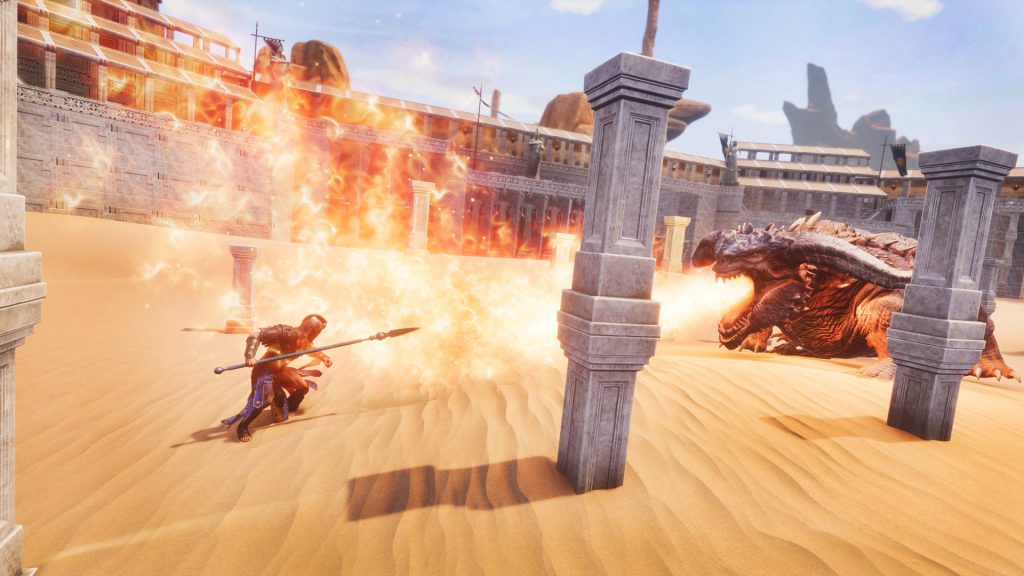 As well as getting new pieces to build with, players will also be able to get their hands on brand new armour inspired by the Aquilonia soldiers, with weapons such as the lion-headed Aquilonian Mace and Aquilonian Warhammer. Here's what the pack will contain: 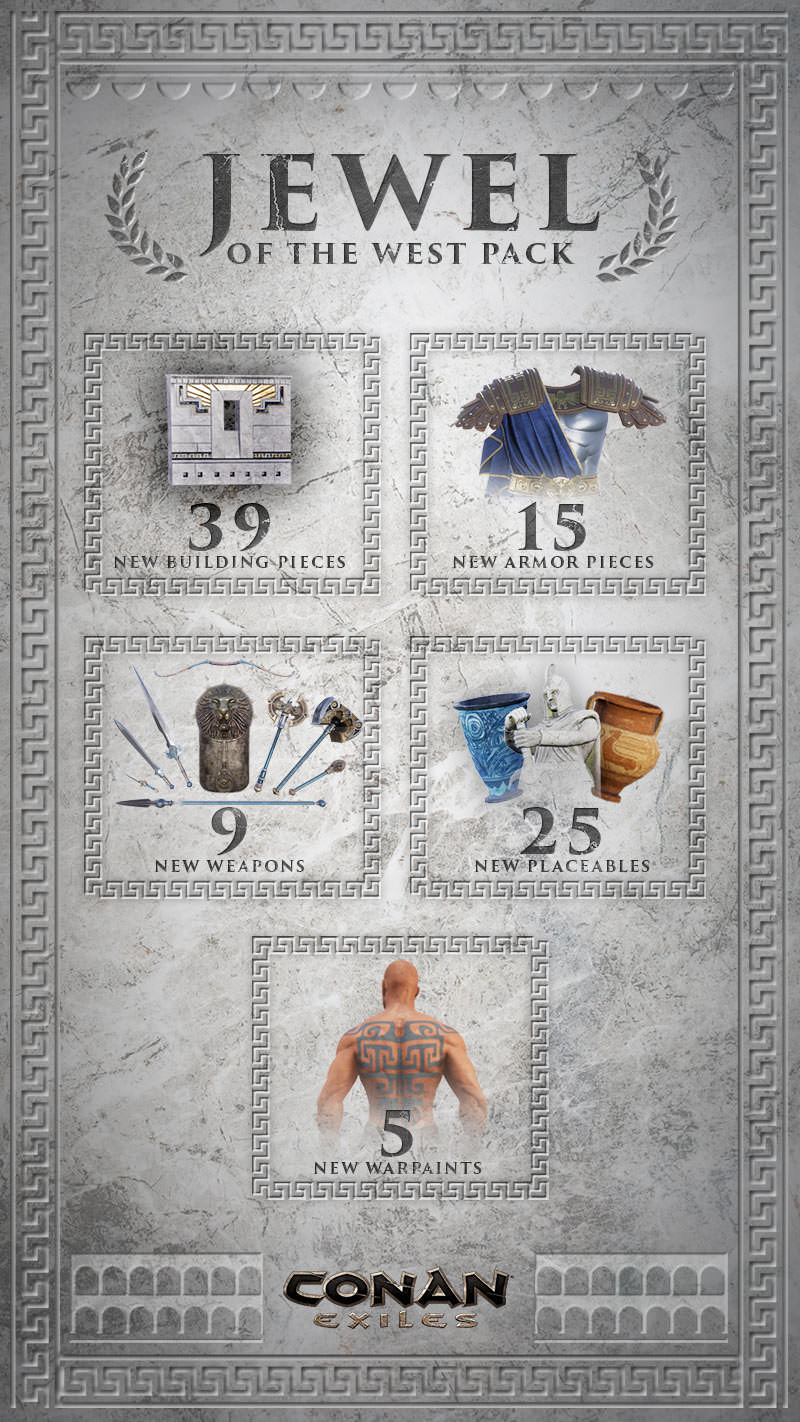 Jewel of the West Pack will be arriving in August, you can get your hands on the Imperial East Pack today for 10% off or get the game for 7% off!