From legendary game creator Hideo Kojima comes an all-new, genre-defying experience. Sam Bridges must brave a world utterly transformed by the Death Stranding. Carrying the disconnected remnants of our future in his hands, he embarks on a journey to reconnect the shattered world one step at a time.

Death Stranding - Everything you need to know!

Get delivering packages when Death Stranding makes the jump to PC on July 14th. Find out more about the game (and the PC version) with our recap guide while you wait! 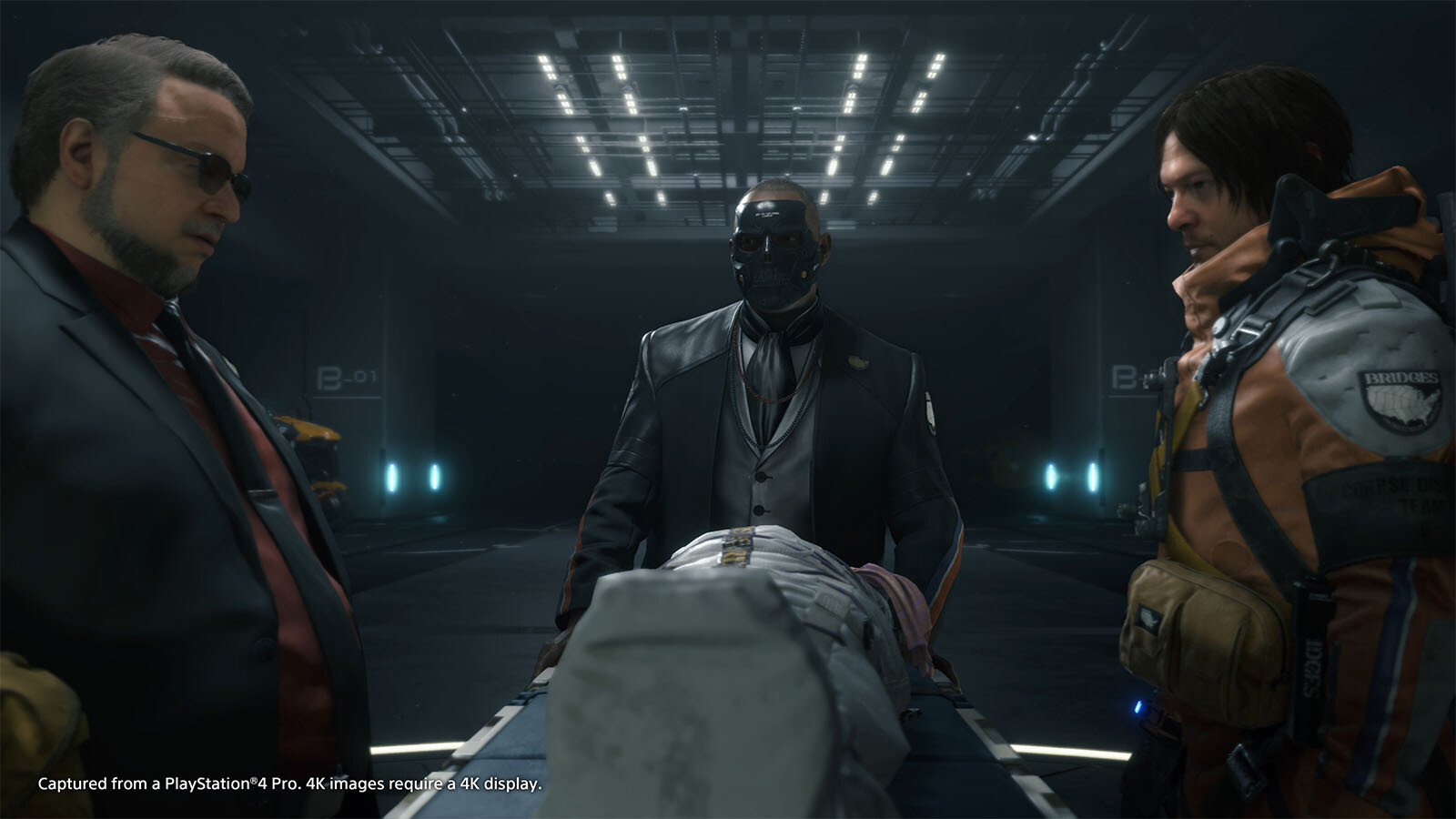 What is Death Stranding?

Death Stranding is an open world adventure game from Hideo Kojima, the creator behind Metal Gear Solid 5. Originally released for the PS4 on November 8th 2019, the critically acclaimed title is making the jump to PC on July 14th with new features and content, promising to make it the best version yet.

In Death Stranding you'll play as Sam Porter Bridges (played by Walking Dead actor Norman Reedus), a freelance porter who delivers cargo to its destination. The game takes place in an apocalyptic United States, where the world has been changed by a devastating event known as the "Death Stranding". This has caused invisible creatures to appear, which can only be viewed when a person is near-death. As Sam makes his deliveries he'll encounter various foes that try to stop him, and depending on his performance you'll be rewarded for how the packages arrive at their destination. Hike, climb and venture through the world to discover new locations and survive at all costs. You can even relieve yourself by peeing at any point during the game!

The PC version will include a number of new features that set it apart from its console brother, including: Higher Framerates, Ultrawide support, a Photo Mode, and more! Those who have had a chance to play the game on PC have praised the new version, such as great performance from the Decima Engine itself (which also powers the upcoming Horizon Zero Dawn PC version). Expect plenty of options to customise the PC version the way you want, with various options including TAA, FXAA, Ambient Occlusion, Depth of Field, Motion Blur and much more. It also includes support for Nvidia's DLSS 2.0 tech that allows certain GPUs to upscale the game to higher resolutions with higher framerates.

Like Metal Gear before it, expect a stunning cast of characters from real life actors such as Norman Reedus, Mads Mikkelsen, Lea Seydoux, Guillermo Del Toro, Troy Baker, Lindsey Wagner and more! Death Stranding is ideal for those who are a fan of Kojima's past works like Metal Gear Solid 5, or even those who like open world thrillers.

Looking for a recap on all Death Stranding trailers, gameplay videos and other videos you've missed? We've put together a playlist for all that below!

Not sure if your PC can run the game? Take a look at the PC System Requirements needed to run the game. All players will need at least Windows 10 in order to play. As always we'd recommend making sure you have the latest drivers for your Graphics Card to ensure the smoothest experience at release - AMD / Nvidia.

By pre-ordering the Death Stranding on PC from Gamesplanet you'll receive a number of items for use in your adventure including: CHIRAL GOLD/ OMNIREFLECTOR “SAM” SUNGLASSES, GOLD and SILVER SPEED SKELETON and even some shiny HD Wallpapers that you can spruce up your desktop with:

Additionally ALL PC players will also receive the following bonuses no matter when they purchase the game: 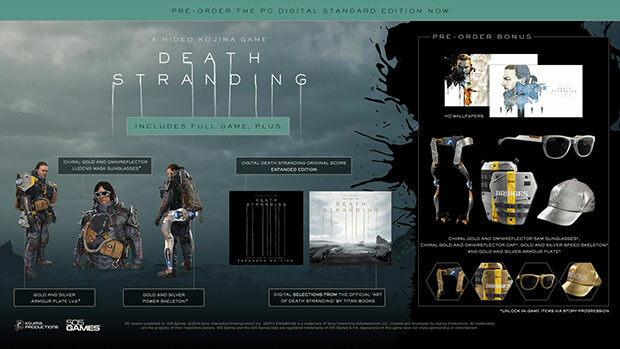 Getting a new game is an awesome experience and we want to make that as trouble free as possible, so we've put together a guide of common troubleshooting problems and FAQ's to help you out with Death Stranding on PC. You can find our Help Topic here. You can also reach us via help@Gamesplanet.com