Destiny 2: Forsaken will include New Weapons and Gear

Bungie reveals some of the New Weapons and Gear arriving with the upcoming Destiny 2: Forsaken which launches September 4th. Also reveals changes coming to the game prior to the launch.

The battle continues in the upcoming Destiny 2: Forsaken which is launching September 4th and now developer Bungie has revealed some of the exciting new weapons and gear players will be able to get when it arrives! You'll need to gear up if you want to take down the Uldren and his Barons, who makes a return from the original game in order to enact revenge on the Guardians. Take a look at some of the weapons you'll get including a bow that can let you see through walls, and a dual-firing rocket launcher which can deal serious damage to foes.

In other news Bungie has also revealed their roadmap for the weeks leading up to the release of Forsaken, with a number of changes, improvements and fixes coming prior to the release. The week before Forsaken launches we'll get some weapon slot changes, 200 additional vault slots (bringing the total up to 500) and at long last players will be able to delete most of their shaders with the Bulk Shader Deletion feature. Then on September 4th alongside Forsaken, we'll get Gear Collections, Weapon Randomization, Mod System Updates, New Crucible mode and more! 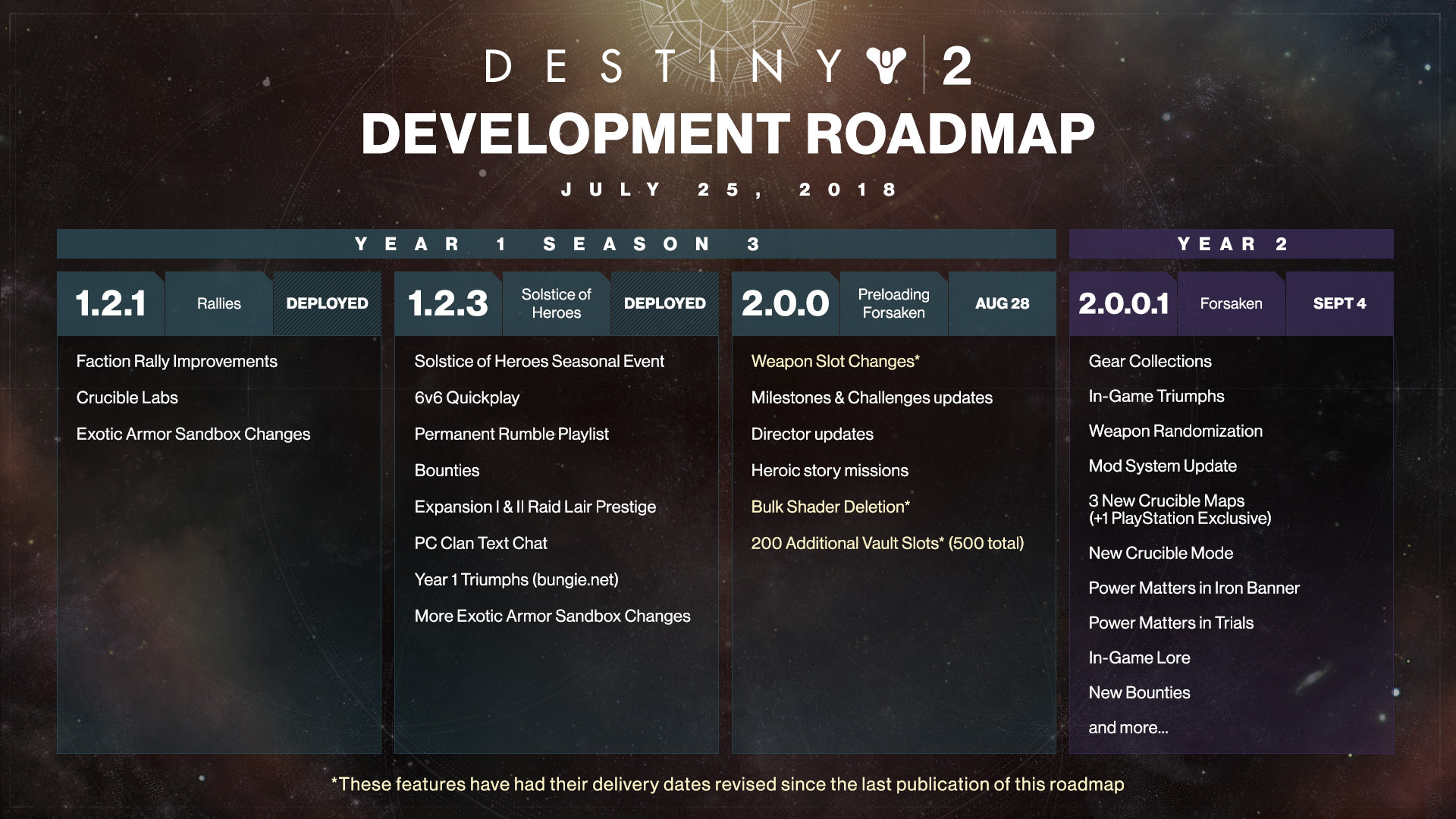