Bungie continues their promise as they offer even more details about their future plans for Destinty 2. Hotfix and Crimson Days event coming soon.

A few months back Bungie outlined their plans for the future of Destiny 2, and keeping with that promise they have revealed even more about their upcoming content for the MMO Shooter in their latest development update (11.1.18). Starting next week on January 16th, they will deploy a hotfix that will prepare the game for the return of Faction Rallies and the upcoming Crimson Days event. Players will no longer be required to have the Curse of Osiris DLC in order to play their content.

These are the maintenance times for January 16th:

Faction Rallies are returning to Destiny 2, and will begin again on the 16th of January (following the patch). The Faction Rallies will end on January 23rd. Additionally, Bungie has revealed that the Iron Banner event will added back into rotation and available on January 30th.

Bungie has also clarified the different types of content available for Destiny 2. The developer splits these into two main catergories: Expansions (purchased content) and Seasons (available to all players with no additional charge). For example anyone who has purchased Expansion Pass will have access to new story content, a new destination, raid lair, crucible maps nad more. While players who do not own the DLC will still be able to enjoy fresh content with the Seasons. In Season 2, the Iron Banner and Faction Rallies rewards will be available to everyone. Bungie have said that going forwrad, Seasons rewards from Crucible, Strikes, and Trials of the Nine will also be available to all. 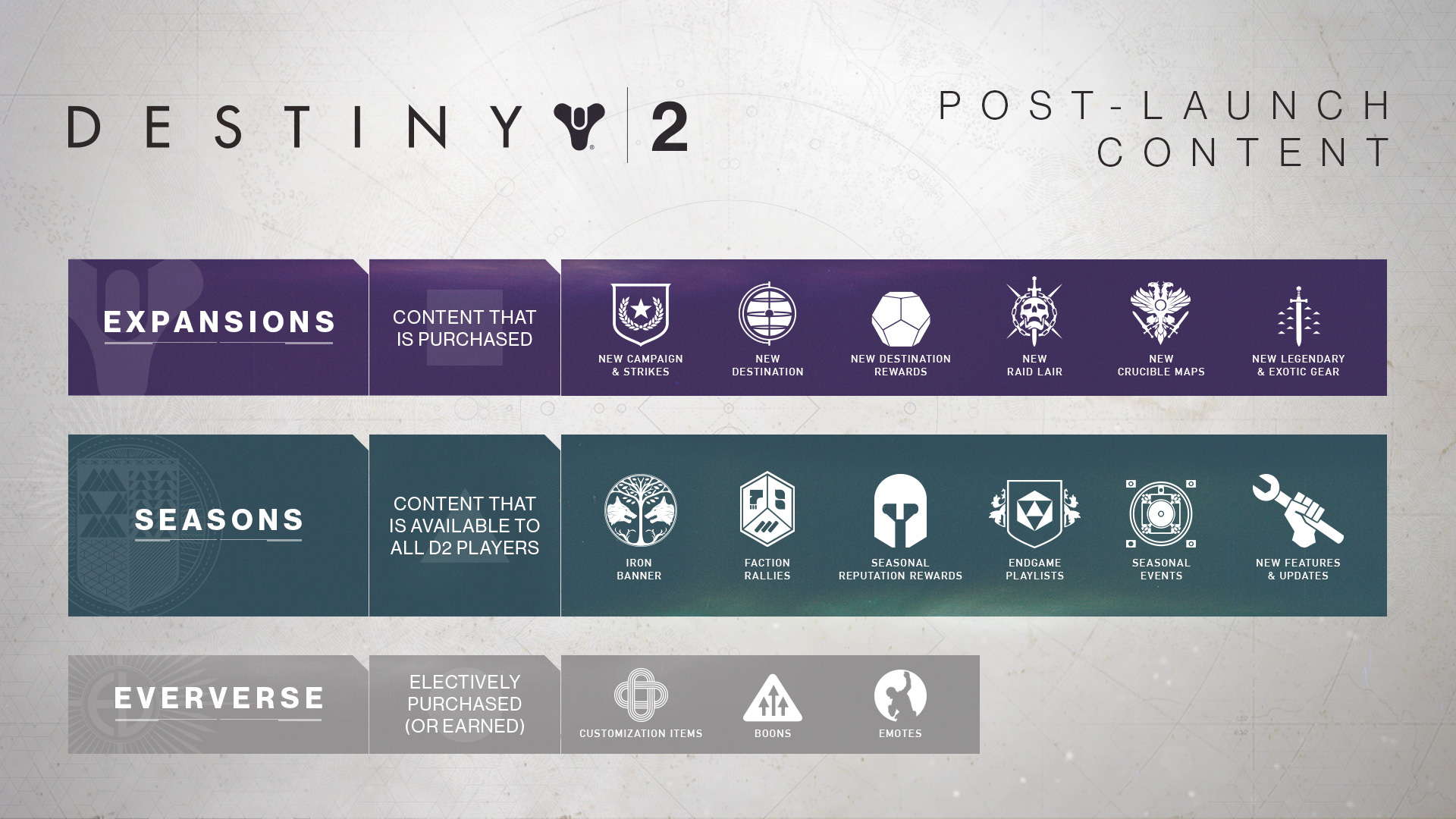 Changes to the Destiny 2 Eververse

For the Eververse, Bungie is aware that Tess is not being utilised in a great way and they are planning to make some big changes to the Eververse so that players can seek out rewards in the world by completing events and more.

Love is in the air for February, and the Crimson Days event kicks off on February 13th (one day before Valentine's Day). Crimson Days will offer players a number of rewards themed around the holiday, with the event marking the start of Season 3.

Bungie are also aware of the lack of incentive for the Crucible PVP mode, and looking to bring new ways to play, balance improvements and more variety than before. This should hopefully give players a reason to come back and provide a reward for those seeking PVP challenges. Here's a few ways in which the Crucible will be improved: Crucible Rank
Beginning with Season 3 we will introduce Seasonal Crucible Ranks. There will be two different ranks for players to pursue: This is just a small taste of the plans that Bungie has in store for Destiny 2, to find out more you can take a look at their blog entry for even more details on the future of the MMO Shooter!