Built by Codemasters and road tested over 60 million miles by the DiRT community, DiRT Rally is the ultimate rally experience.

The day is finally upon us, the long awaited 1.1 version of DiRT Rally has arrived. Alongside this latest patch the game has finally made it's way onto console so now everyone can experience one of the best rally driving experiences out! 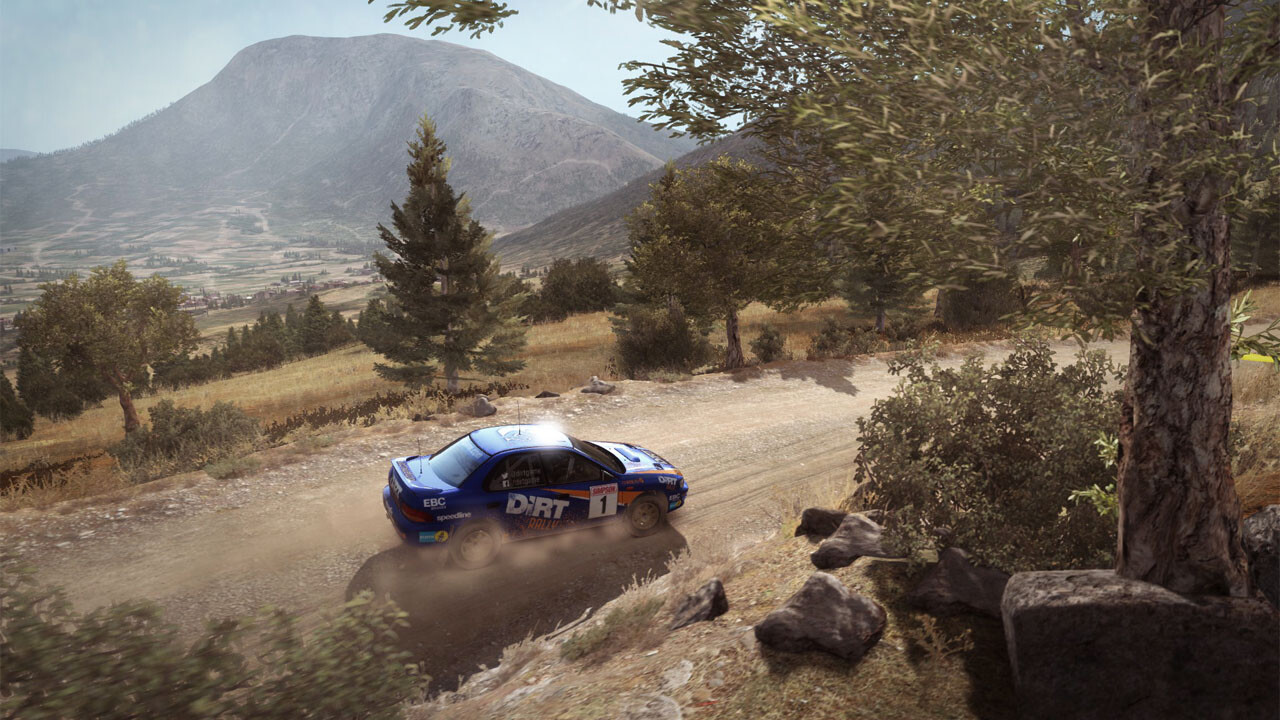 Race into a new patch!

• Game – A stock engineer team are now used in the Service area for Online Events to prevent some players gaining an advantage. This will also occur in Leagues depending on the settings used.
• UI Fix – Users are now instantly informed and moved onto the next run if they unfortunately Terminally damage their vehicle on the start line of a Hillclimb event.
• Achievement Fix – “I am the 5%” unlocking criteria has now been made clearer.
• Online Fix – When a player enters the pause menu, their vehicle will now instantly ghost.
• UI Fix – Controller disconnection message is now always showing on top of whichever screen you are on at that time.
• Game Fix – Solved an issue when the option to apply the first perk to your Crew Chief was not showing.
• AI Fix – In a Hillclimb event, the AI drivers will now place correctly if they Terminally Damage in their second run.
• Online – Players no longer receive a Clean Race / Appearance bonus if they retire from the event early.
• Game Fix – Fixed an issue where a player takes 2 joker laps in a row and then their 2nd Joker lap icon disappears due to the AI driver entering the Joker lap.
• Vehicles - The threshold for punctures has been increased, making the tyres more resistant to punctures on landings.
• Controls – Players can no longer accidently unbind ‘Gear Up’ and ‘Gear Down’ controls when re-assigning buttons if they have their preferential transmission set as Automatic.
• COMMUNITY – Car Damage – Car parts will no longer clip through the Lancia Stratos cockpit when damaged.
• COMMUNITY – Animations – Drivers are now shifting correctly when using either of the F2 Kit Cars.
• COMMUNITY – Online Event – Some cars reported by the community should no longer gain an increase in performance after damaging their car exhaust.
• COMMUNITY – Reset Lines - Some reset lines around the tight hairpins on the Monte carlo stage, Route de Turini, have been replaced.
• Audio – Co-driver calls issues for Sweden have been fixed and minor adjustments to other locations.
• Graphics – Corrected an issue where the wrong car kickup VFX was incorrectly being used after completing a stage in Greece.
• Graphics – Crowd members in Sweden are now correctly dressed at all times.
• Exploit – Possible shortcut on the German stage Flugzeugring has been removed.
• Exploit – Users should now no longer have a second try at a daily event after quitting out via ALT+F4.
• Graphics – Lighting issues should now be resolved when using a system with 3+ graphics cards in use.
• Controllers – After using a racing wheel with H pattern transmission in game, upon rebooting and using a controller, the title will now recognise the change and change the transmission type accordingly.
• Replays – Car reset points are now the same when viewing a replay as they are in game, removing the possibility of collision issues when watching a replay in slow motion.
• Game – Custom Events now use a stock Team of engineers in the service area at all times.
• Game – Hillclimb – AI drivers who terminally damage in their 2nd run will now be correctly placed in the final results screen.
• Controller – Issue where the players controller will continuously rumble during the pre-race sequence for a rallycross event no longer occurs.
• Leaderboards – Players who use a non-standard character as the first letter of their driver name will now be shown correctly in an events leaderboard.
• Controls – Gear up/ Gear down can now be assigned controls when the user has set their transmission type to automatic.
• Languages – Brazilian Portuguese and Russian added to the game.

Do you currently play DiRT Rally and if not will this be enough to get you into the game?