DOOM Eternal - Everything you need to know!

Fight the forces of hell once again when DOOM Eternal comes to PC on March 20th. Get up to speed with the game in our handy recap guide while you wait! 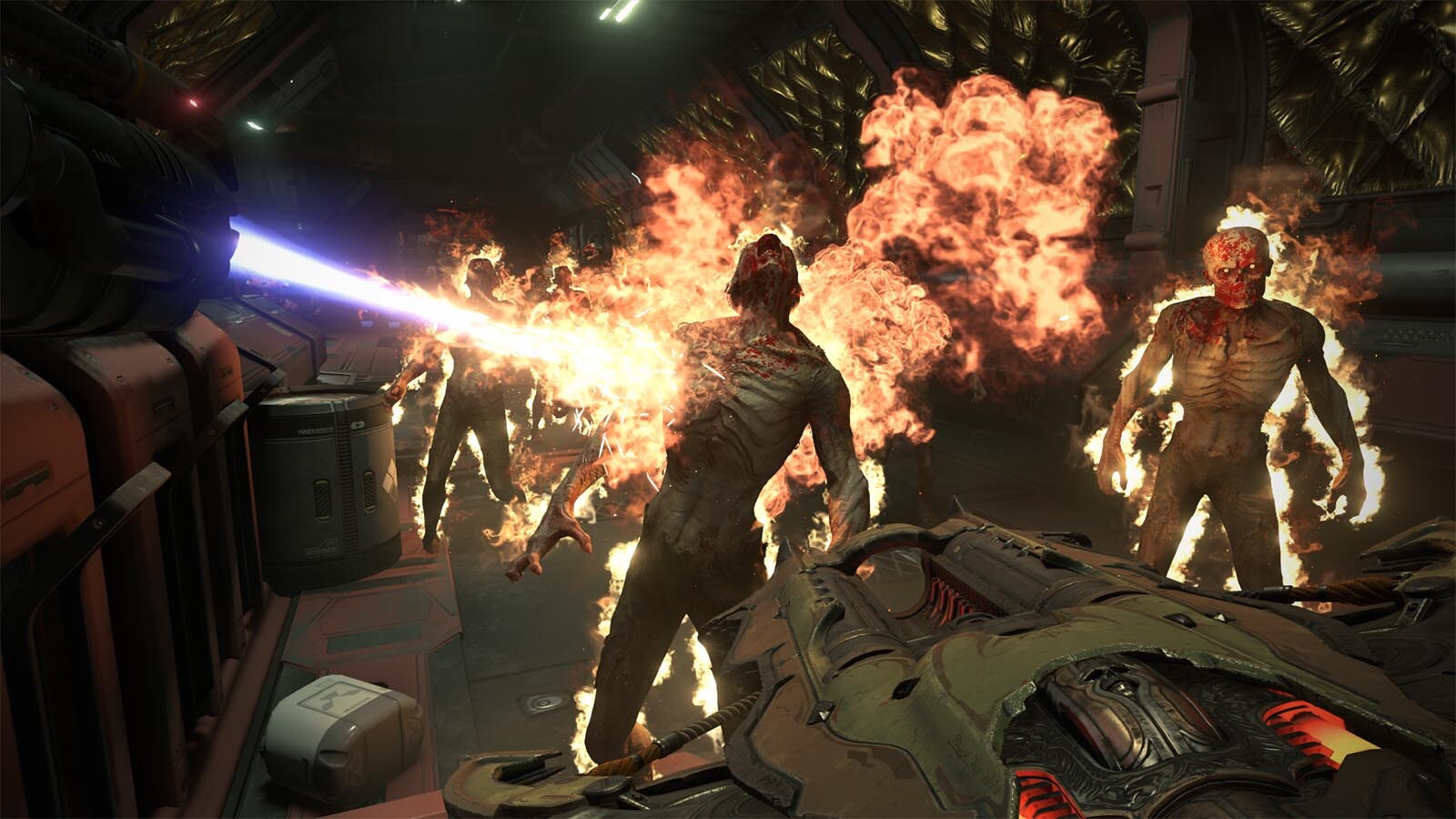 What is DOOM Eternal?

DOOM Eternal is the next entry in the popular first person shooter series, which goes back to the original game from 1993 (you've probably played it) and is a sequel to the fantastic 2016 reboot, which is created by the folks at ID Software and published by Bethesda.

Like the previous title, DOOM Eternal sees players returning as the Slayer once again, this time to save humanity from new threats in an epic single player campaign that is at least 15 hours long (not counting secret hunting). It picks up directly after the events of DOOM 2016 and continues the fight. This time around the player will visit brand new places, including Earth as demons do their best to enslave mankind.

Expect a wide range of guns at your disposal as you prepare to take on anything that stands in your way. Many favourites from the 2016 game return, but there are also new weapons and you'll even be able to customise them with various upgrades that change gameplay. For example, the Super Shotgun returns with an upgrade that allows it to hook on an enemy and pull the player towards the enemy. Other new additions including a flame belt that can be used to melt armour off foes, or an icebomb grenade that can be used to freeze enemies in place for a limited time.

Another new featured is the Fortress of DOOM, a place the Slayer can enjoy a moment of downtime between missions and can listen to some classic tunes from previous games, admire his collection of weapons or even take on some challenges. Speaking of challenges, once again the game is filled with collectibles, secrets and tough encounters that add to the replayability.

The game also introduces a brand new 2v1 Batltemode in which 3 players go head to head, with 1 player being the Slayer and the other 2 controlling demons in an attempt to stop them by setting up traps and using abilities - with unique ones for each demon.

Whether you're a DOOM fan, or someone who loves FPS action games then you're likely going to enjoy DOOM Eternal.

Looking for a recap on all DOOM Eternal trailers, gameplay videos and other videos you've missed? We've put together a playlist for all that below!

Fight through hell once more when DOOM Eternal arrives later this month on March 20th. Not sure if your PC can run the game? Take a look at the PC System Requirements needed to run the game. All players will need at least a 64 bit OS (Windows 7 / 10) in order to play. As always we'd recommend making sure you have the latest drivers for your Graphics Card to ensure the smoothest experience at release - AMD / Nvidia.

Not sure which version of DOOM Eternal is right for you? Take a look at our handy version comparison guide to decide!

DOOM Eternal launches on March 20th, pre-order any version of the game today from Gamesplanet to get the following bonuses for free!

Play this classic game for free

The Rip and Tear Pack includes:

Getting a new game is an awesome experience and we want to make that as trouble free as possible, so we've put together a guide of common troubleshooting problems and FAQ's to help you out with DOOM Eternal on PC. You can find our Help Topic here. You can also reach us via help@Gamesplanet.com