Elden Ring will be available for PC on February 25th 2022. As an official partner of BANDAI NAMCO, Gamesplanet already has Steam keys on pre-sale - including pre-order bonuses. How does the Standard Edition differ from the Deluxe Edition? This table explains.

From Software's gameplay presentation of Elden Ring at the beginning of November proved it: The new Souls-like game from the Dark Souls forge will also be a feast for all fans of hard Dark Fantasy games. It can be assumed that developer From Software will also deliver a very high-quality action RPG in this case. After all, top games have come from this studio without exception since Demon's Souls. Which Elden Ring edition will you choose?

Pre-order Elden Ring and get bonuses!

Elden Ring lands on February 25th 2022. Pre-order either the Standard Edition or Deluxe Edition and receive the following extras:

*Players can also receive the gesture later in the game. 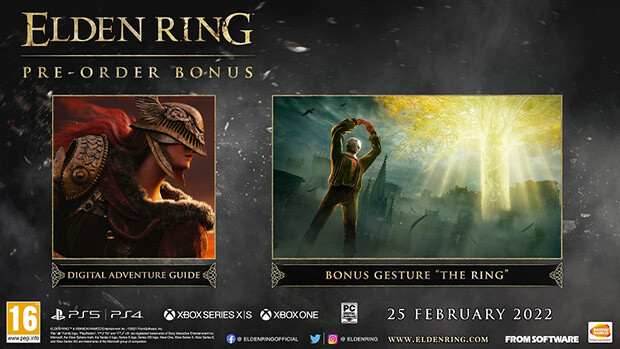