A returning civilization comes back to the galaxy in the upcoming Vaulters DLC Expansion for Endless Space 2, launching January 25th. Plus, get Free Community Content today.

Set a course for the stars once more as a new expansion for Endless Space 2 is launching on January 25th. This new expansion "Vaulters" will bring back the Vaulters, one of the much loved fan favourites that has been featured in all the Endless games. The roots even go back to the Dungeon of the Endless where you play as the crew that would eventually become the Vaulters in Endless Legend. While you wait you can get your first look at the Prologue Cinematic below!

For this new Endless Space 2 DLC, players will be able to play as the Vaulters who have the ability to teleport and use their super colonizer ship - the Argosy (which is featured in the cinematic above). You will also have your own heroes, technologies, buildings, a new starting special node, the Sisters of Mercy minor civilization that they brought with them from Auriga, and a brand new quest. What will they discover, and can they find a new home to rebuild their culture?

The Expansion also features new exotic combat modules, such as boarding and taking control of ships, as well as Pirate Diplomacy that will allow players to negotiate with their leaders.

As part of the recent community challenge which started in November, players were able to unlock various free content for Endless Space 2 - including a New Galaxy Type, New Ship Modules and more! Here's what you can get for free: 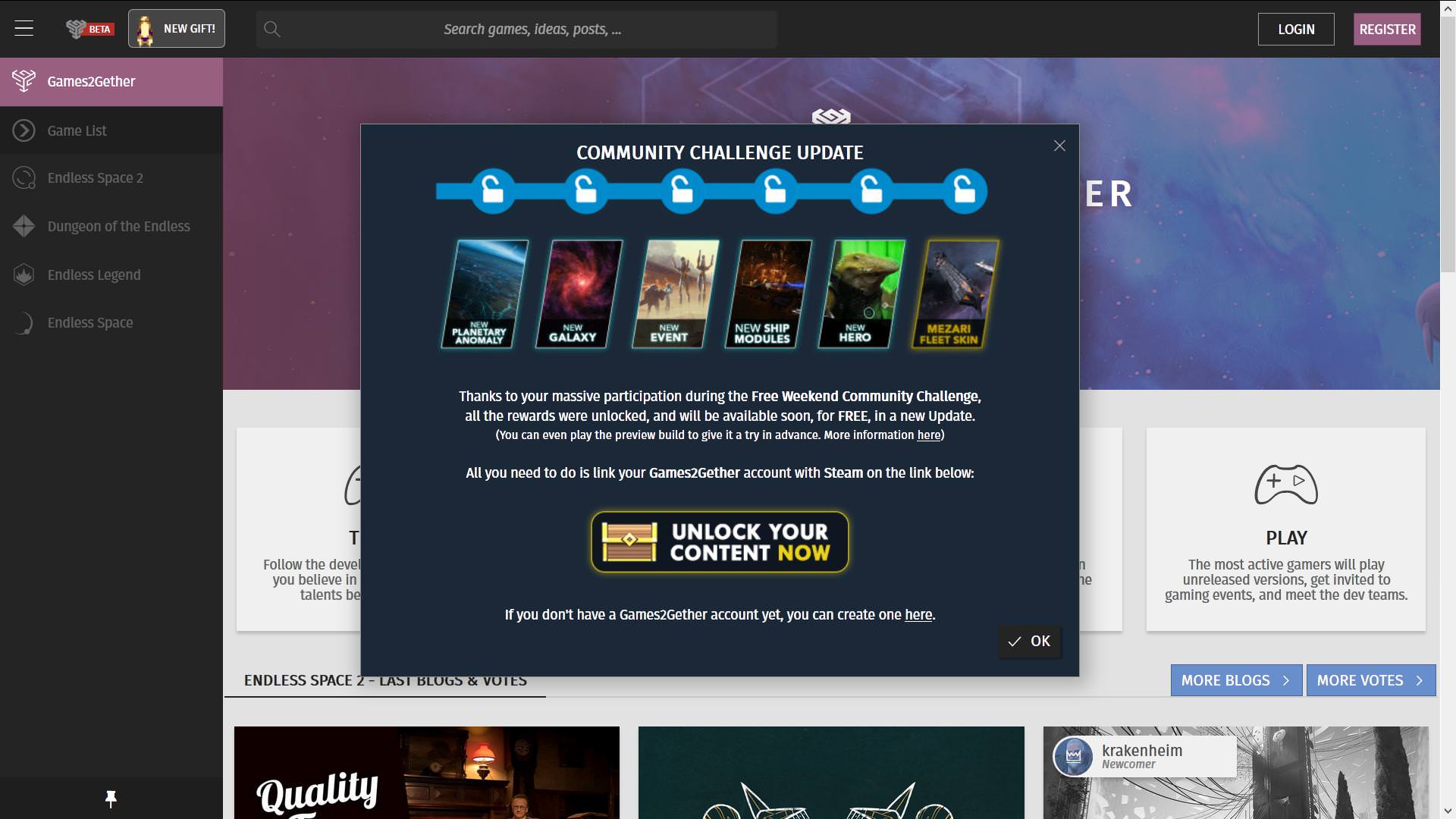 There will be even more surprises coming up with the Endless Day 2018 event, with surprises on the way. Plus free content, livestreams and more!

Pre-order the Vaulters DLC today for 15% off! The Expansion arrives January 25th. ►https://uk.gamesplanet.com/game/endless-space-2-vaulters-steam-key--3209-3