Carnage awaits in the Arena Wars Update for GTA Online, which is now available. Fight in arenas to see who reigns supreme and build your own racers to do battle with.

Rev up those engines and head into the arena as the Arena War update for GTA Online is now available. The update features several new game modes as players battle in out in the Arena to become the last car standing by any means necessary. Not only are there new challenges to face, but you'll even be able to run your own Workshop, craft your own deadly vehicles and track your career progress. Let's take a look at what's included with this free update:

Arena Wars will include 7 Deadly Arena Events, each one with their own unique gameplay. Carnage will see players using a variety of Bikes, Cars and Trucks, each with their own weapons and designed for one purpose - to destroy. Become the last one standing the Maze Bank Arena dome.

In Flag War, two teams battle it out capture flags with a redesigned experience fit for Arena Wars. Wreck It is a race to the death as players attempt to cross the finish line with various obstacles and traps lining the track. Will you make it to the end in one piece or will your car end up as scrap metal?

Work together with another racer in Tag Team as you destroy opposing teams by any means necessary. Each team will have one player in the Arena at a time and must work with their partner, who has access to a variety of deadly weapons to give their team an advantage. Games Masters sees one team collecting checkpoints, while the other uses tools at their disposal in the Arena to put a stop to them. After a round has been decided, teams will switch places.

Here Come the Monsters pits players in a fight to the death as one team uses Monster Trucks to destroy anything in their path. The opposing team must rely on cars and try to avoid becoming a flat pancake. Lastly, Hot Bomb will see one player holding the bomb and passing it onto another by smashing into them. The winner is the one who doesn't blow up at the end of the timer.

Should you be defeated in a match you can still spectate the carnage going on below, or try out the Arena War Wheel to grab some cool prizes - including a weaponised drone!

Those looking to take on the Arena Wars this week will be rewarded with Double GTA$ & RP on any Arena Wars series, no matter where you finish. 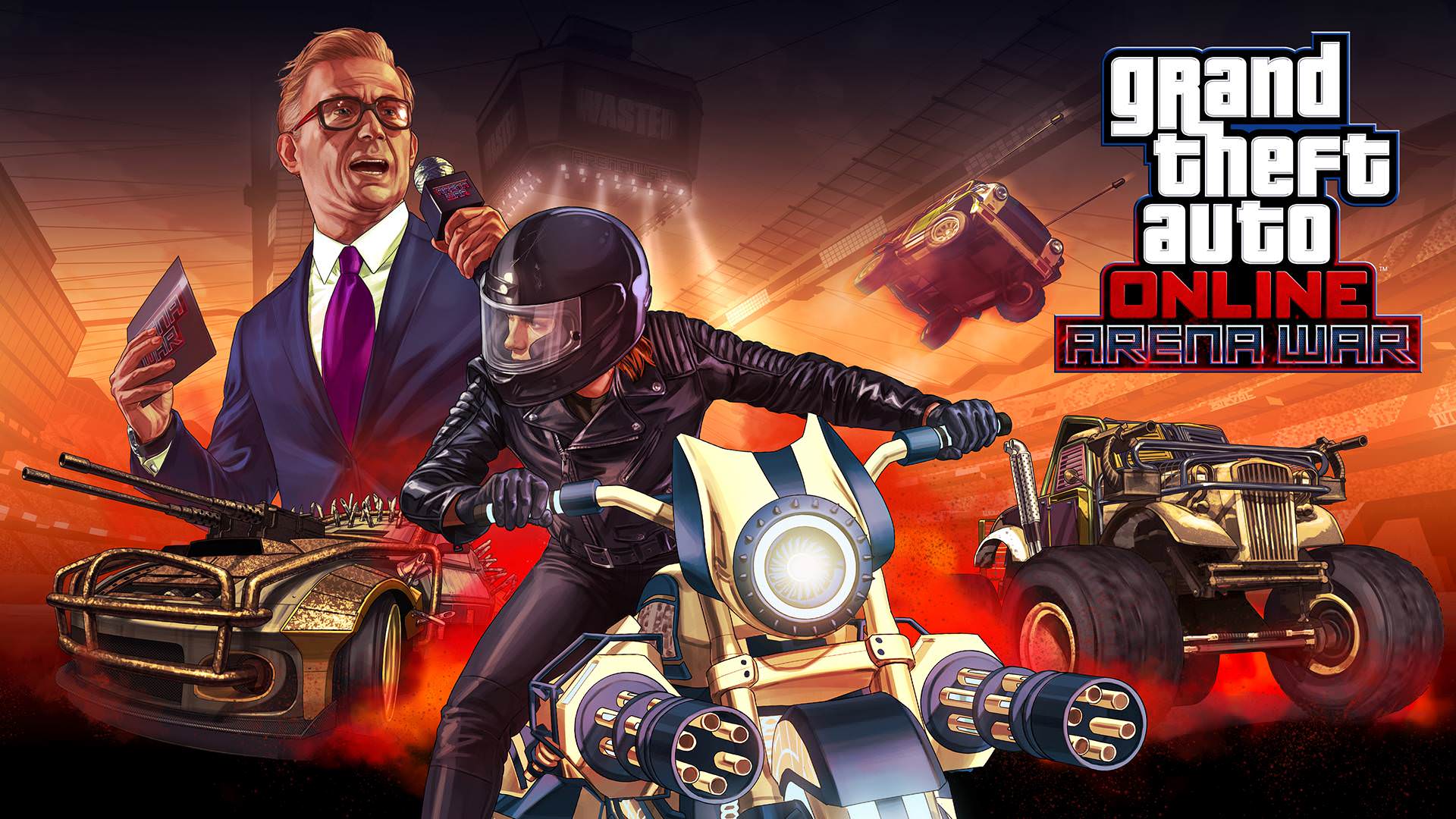 After you've got your racer head to the Career Wall in the Arena Workshop Office to track your progress. As you fight in more Arena events you'll also get Arena points depending on your performance, which can be used to unlock outfits, upgrades and more. Be the envy of your racing peers by displaying your trophies in a lovely trophy case and get the recognition for all your achievements in the Arena.

Like with the Arena Workshop, players can visit the new in-game website ArenaWar.tv to browse listings for 12 brand new Arena vehicle with Future Shock, Apocalypse and Nightmare styles to choose from. Depending on the vehicle you choose, some may require a little modification to get them ready for battle in the arena, while others may be ready to burn rubber.

Additionally, anyone who logs into GTA Online by December 17th will be able to get their hands on snazzy new Annis & Bravado T-Shirts to customise their characters with! The best part, both will be free and only requires players to login to the game before the deadline. 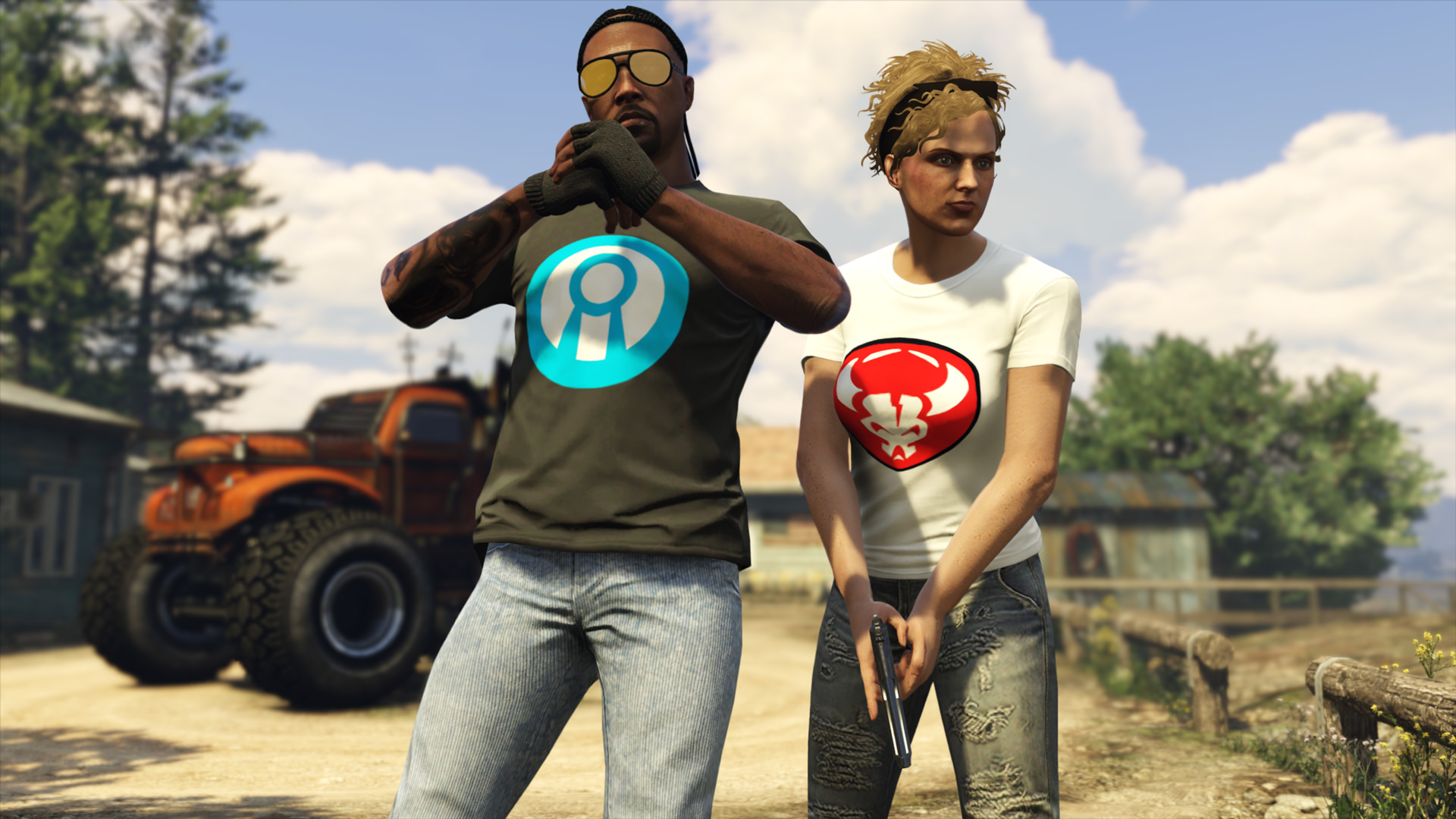 Need to upgrade a specific weapon or purchase some new guns? Head outside the Arena and enjoy up to 35% off various weapon upgrades and customisations.