In Marvel’s Spider-Man Remastered, the worlds of Peter Parker and Spider-Man collide in an original action-packed story. Play as an experienced Peter Parker, fighting big crime and iconic villains in Marvel’s New York.

Marvel's Spider-Man Remastered - Everything you need to know!

Swing around New York City when Marvel's Spider-Man Remastered comes to PC on August 12th 2022. Get up to speed with our handy recap guide while you wait!

What is Marvel's Spider-Man Remastered?

Marvel's Spider-Man Remastered puts you in the spandex of the web crawler as he lives a double life of Peter Parker and Spider-Man, while trying to keep New York safe from crime. The game has strong vibes to the Batman Arkham series from Warner, with a great story and excellent combat. 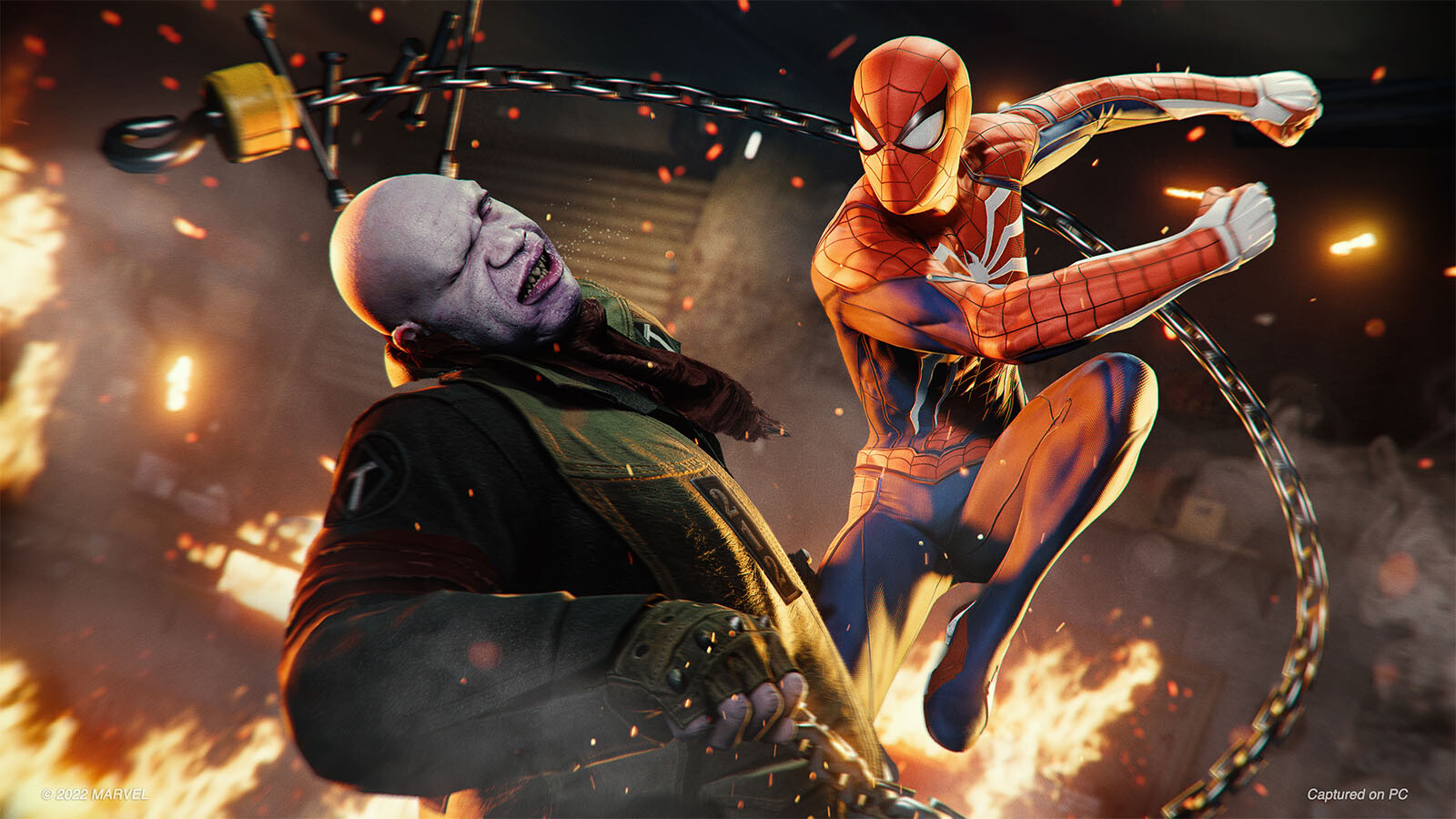 Of course if you're going to be Spider-Man you'll need a place to swing and Insomniac Games have created a beautifully realized version of New York, with tall buildings and great vistas to behold while you get around the city. Web Swinging feels fantastic (especially if you have a Dual Sense controller that is also supported on PC) thanks to the momentum you have and various tricks you can pull off to gain speed.

Like the Batman Arkham games, Spider-Man has a range of gadgets at his disposal as he uses electric webs, trip wires and web bombs to make a group of enemies stuck. Combat allows players to string together a variety of moves including striking from the air or using webs to swing objects at foes. Prefer to be stealthy? You can do just that as Spider-Man uses his reflexes to get the drop on enemies and do silent takedowns from the shadows.

But what does Marvel's Spider-Man Remastered on PC have that the consoles don't? For one thing players will have higher framerates, allowing for even greater fluidity in the movement. Nvidia are also allowing their tech to help boost the game with support for DLSS and DLAA, giving a boost to performance and visuals. While PS5 console players already had Raytracing, the PC version of Raytracing should allow for more detailed reflections. But that's just the tip of the iceberg, the PC version will also have better looking shadows, wider resolutions, rebindable keys and much more!

Whether you're a Spider-Man fan or just someone who loves action games in general then Marvel's Spider-Man Remastered is likely worth your time.

Want to get a taste of the action ahead of release? We have put all the important trailers and clips around Marvel's Spider-Man Remastered into one playlist for you. Get ready to swing with gameplay videos while you wait for release!

Start your web swinging on August 12th when Marvel's Spider-Man Remastered launches on PC. Players can start preloading the game ahead of time right away so they can save time later. It's recommended to have at least 75 gigs of free space on your drive (a SSD is not required but advisable). 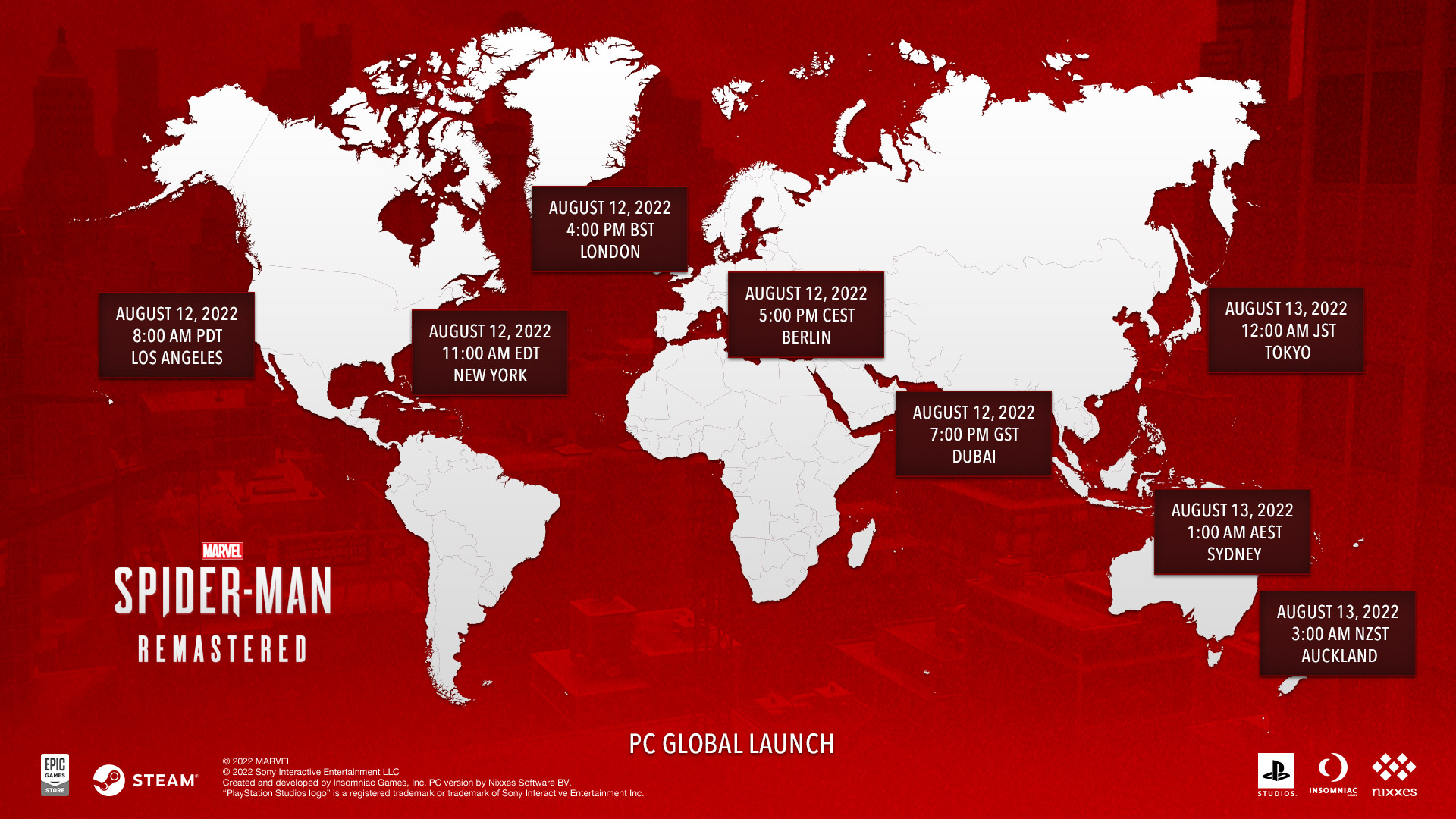 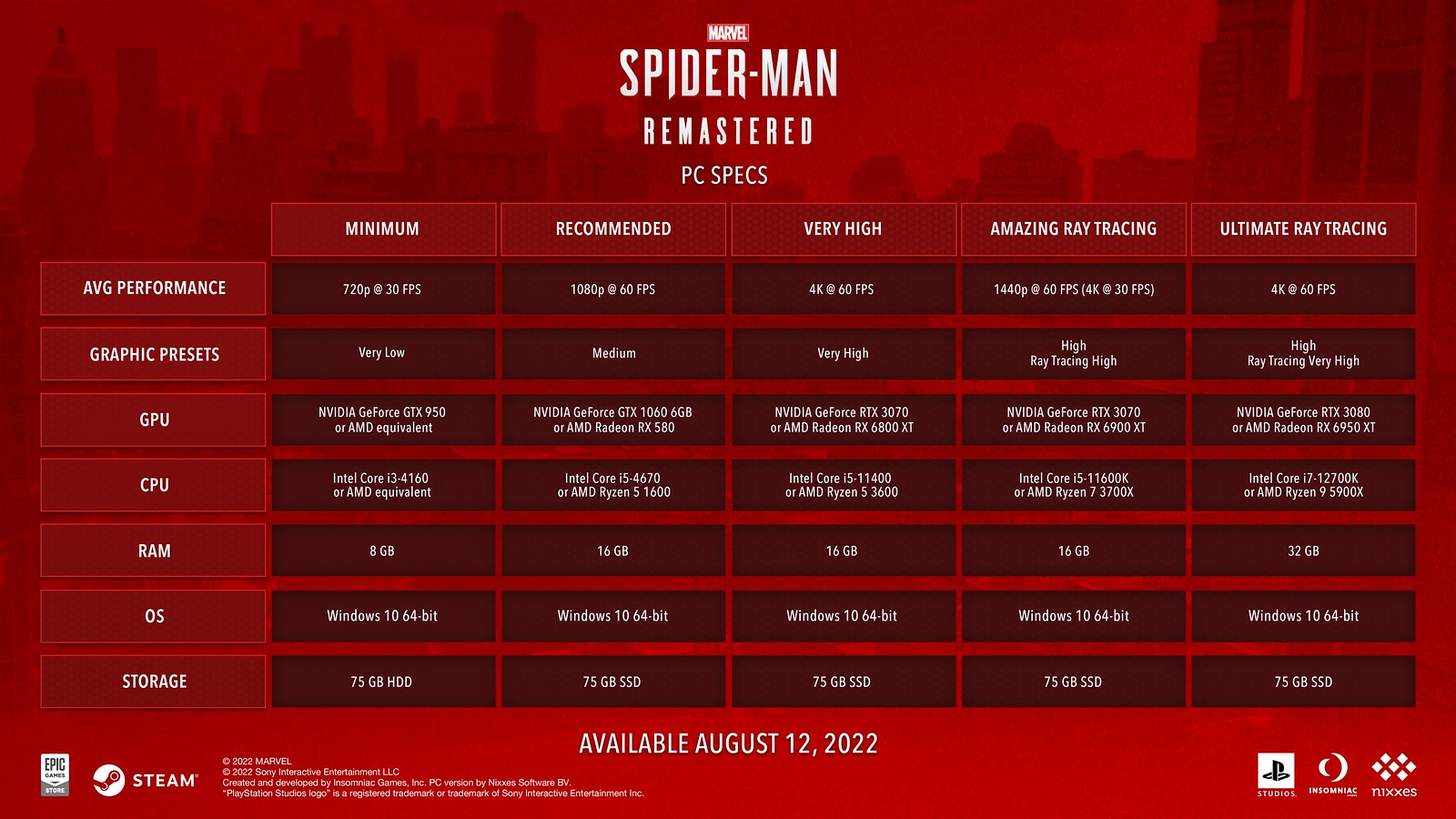 Yes! The game has been Steam Deck Verified, meaning you'll get a great experience out of the box. 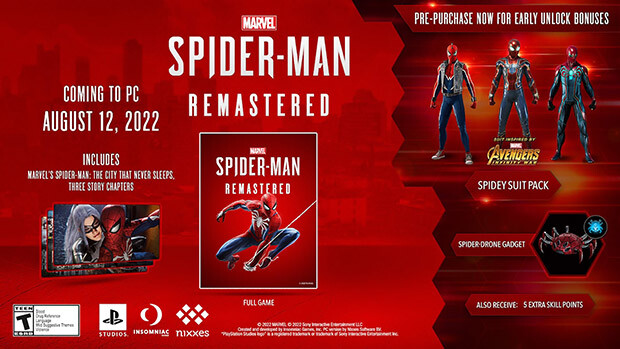 Getting a new game is an awesome experience and we want to make that as trouble free as possible, so we've put together a guide of common troubleshooting problems and FAQ's to help you out with Marvel's Spider-Man Remastered on PC. You can find our Help Topic here. You can also reach us via [email protected]