MONSTER HUNTER RISE - Everything you need to know!

Hunt new beasts when Monster Hunter Rise comes to PC on January 12th. Get up to speed with our handy recap guide while you wait!

What is Monster Hunter Rise?

Originally released on the Nintendo Switch on March 26th 2021, the latest entry in the popular Monster Hunter series will be coming to PC on January 12th with improved graphics, higher resolutions, unlocked framerates and more.

Like other games in the series, it'll be up to you to hunt down powerful foes to collect their entrails that you can use to craft armour and weapons that'll help you against tougher challenges. Players will have at their disposal 14 types of weapons, including swords, shields, staves, bows, and guns. The game supports a single player mode, as well as multiplayer for up to 4 players who want to test their skills in the wild. 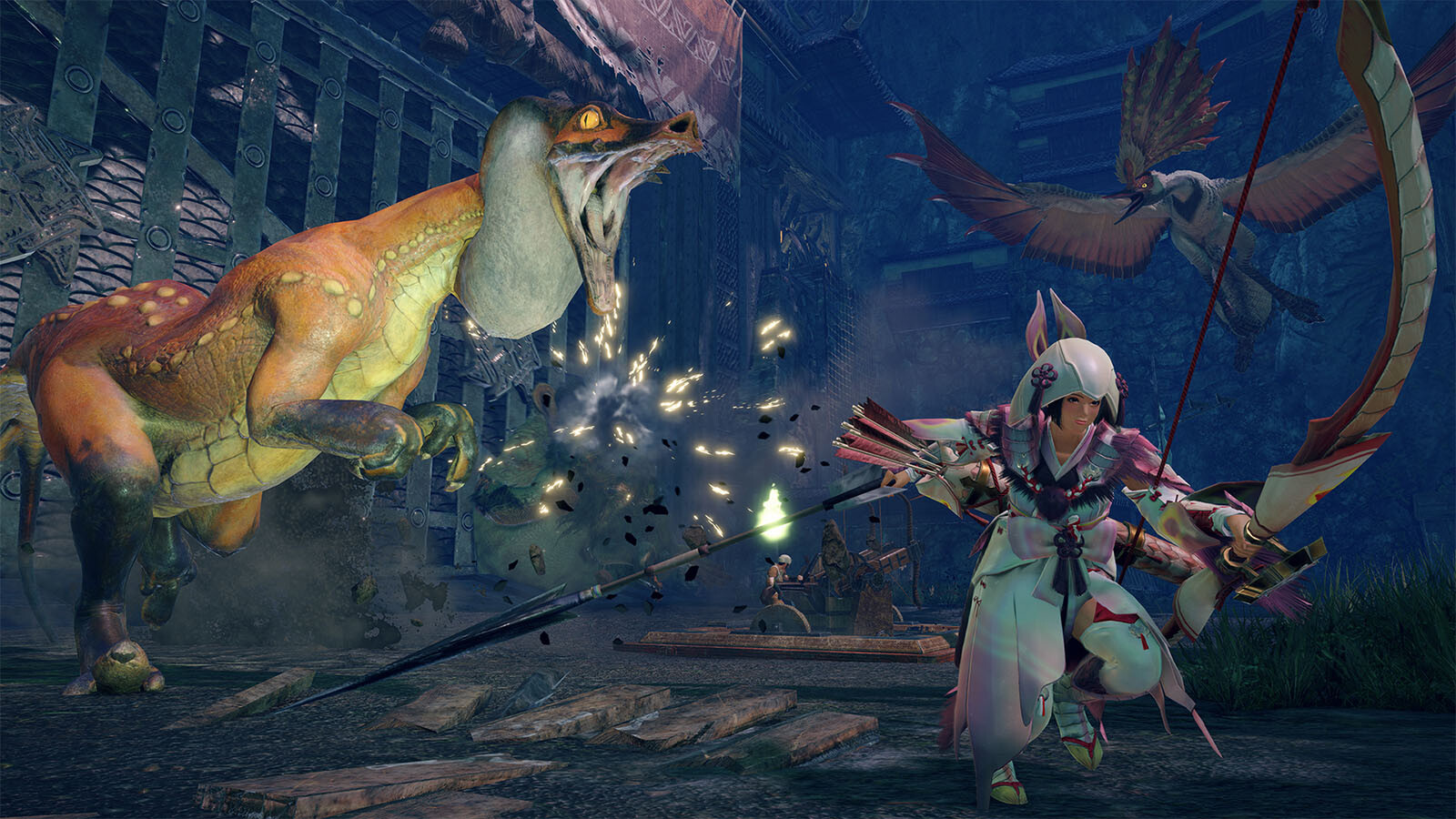 Monster Hunter Rise also features a seamless map system, which was previously seen in Monster Hunter World. Unlike World however, there's more of a focus on vertical movement and that's thanks to the Wirebug, which you get early on in the game. Using the Wirebug means you can zip around levels and grapple onto things to allow exploration and get the higher ground in combat. It may even be useful against certain foes you come across in the field.

The game also features Palamutes, which are dog like creatures that can be rode on to make navigating the world easier without losing stamina, and can even fight alongside the player in battle. The cat-like Palicoes also make their return from Monster Hunter World and are ready to fight by your side as well.

Want to get a taste of the action ahead of release? We have put all the important trailers and clips around Monster Hunter Rise into one playlist for you. Get some popcorn and enjoy our mix of gameplay from the game!

The hunt begins tomorrow and you won't have much longer to wait as the game is set to launch on January 12th at 9am PDT / 5pm GMT / 6pm CET. Sadly there won't be a preload this time around.

Capcom will release two versions of Mosnter Hunter Rise on January 12th 2022 - the Standard Edition and the Deluxe Edition. Let's break down what each version contains so you can decide which one is best for you:

Those who pre-order the game will receive the following bonuses:

Meanwhile, those who pick up the Deluxe Edition will also receive the following bonuses in addition to the main game:

Getting a new game is an awesome experience and we want to make that as trouble free as possible, so we've put together a guide of common troubleshooting problems and FAQ's to help you out with Monster Hunter Rise on PC. You can find our Help Topic here. You can also reach us via [email protected]