We're less than a month out until Justice can be delivered once again when My Hero One's Justice 2 launches on March 13th. Before that however, publisher Bandai Namco are giving us a taste of what's in store with a brand new story trailer showing off the characters we'll get to meet. Experience the story from both the Hero and Villain's point of views with extra characters including Gang Orca to add to your squad!

My Hero One's Justice 2 launches on March 13th 2020 you can pre-order the anime cracker at Gamesplanet now.

Pre-order the Steam Key for My Hero One's Justice 2 online now from Gamesplanet and receive the following bonus content:

The bonus version of Nomu is different from the normal version of the character and may also be released later. 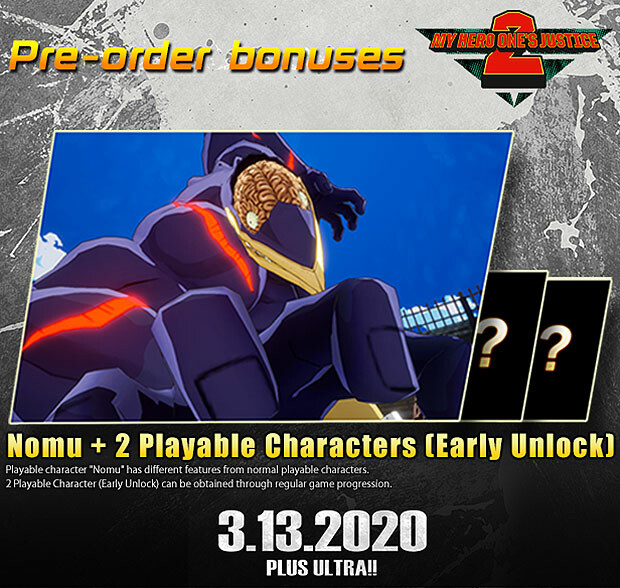