In Prey, you awaken aboard Talos I, a space station orbiting the moon in the year 2032. You are the key subject of an experiment meant to alter humanity forever – but things have gone terribly wrong.

Prey - Everything you need to know!

We're approaching the launch of the rebooted Prey, so while you wait let's break down everything that you need to know about this upcoming FPS Action game set in space! 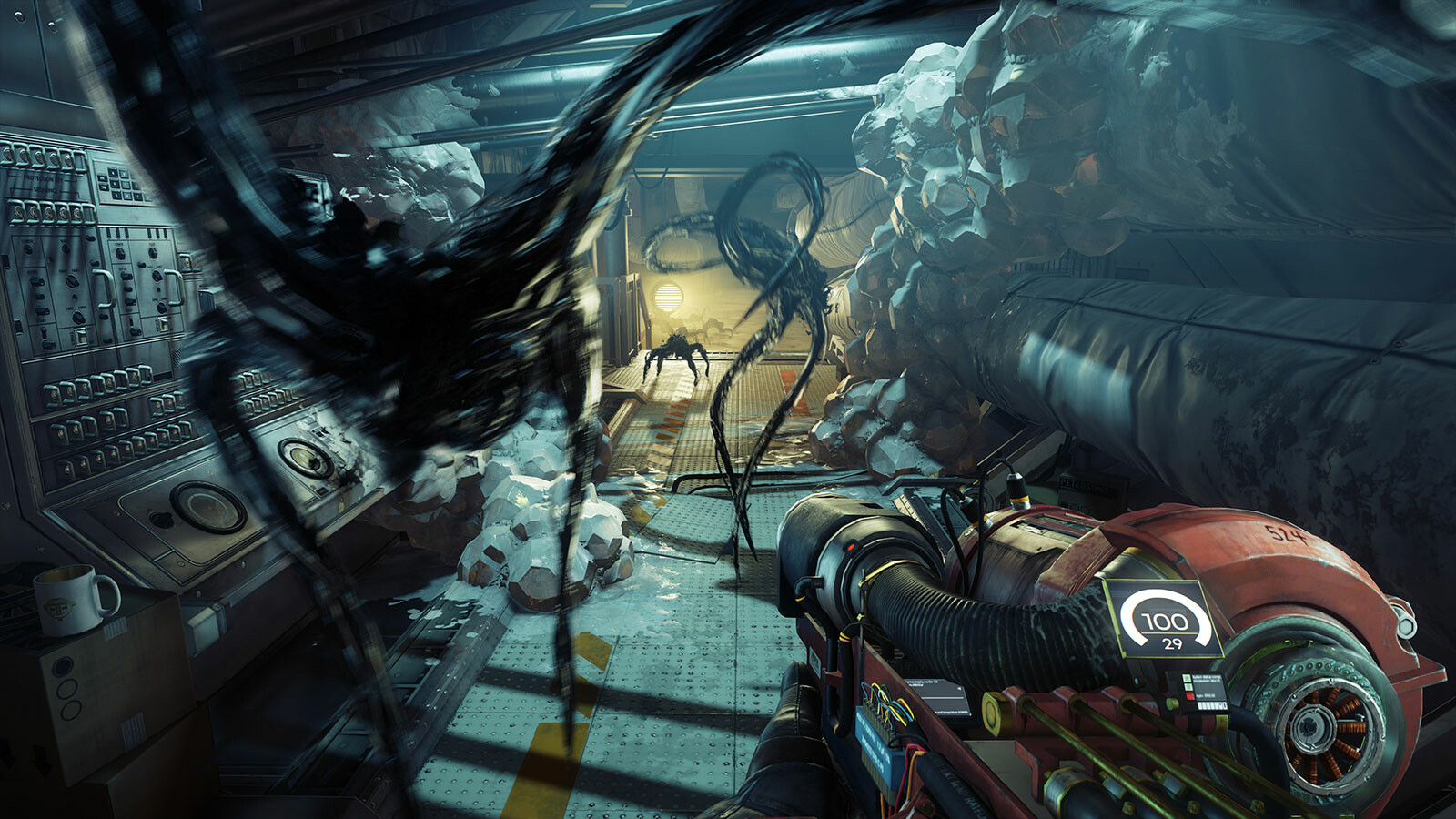 Prey is an Action First Person Shooter set aboard the Talos I Space Station, you will play as Morgan Yu - an employee of Transtar who must travel to the station and put an end to the deadly Typhon threat which is wreaking chaos on the station and prevent them from reaching Earth. Along the way you'll be able to equip new abilities via Neuromods, which are acquired as you progress in your journey. As you explore more of the Station you will find even more weapons as well as new alien species that you can eventually use to take their powers for yourself. Armed with some powerful gadgets, you will be able to suck up everything and "recycle" most of what you see to spend currency on bullets or upgrades.

The game is a rebooted version of the 2006 version of Prey, but unlike the original it's only link is really in the name itself and the fact aliens are once against causing mischief. While it doesn't have the same gameplay elements as the first game, it instead brings with it new mechanics and weapons such as the blob gun which is capable of firing sticking blobs of goo that can be used to create new paths or be used to slow down enemies. Speaking of new paths, the game adopts a "Metroidvania" style of gameplay where you'll be able to find new places once you have the required tools to do so.

Should you want a First Person Shooter that has a few elements of DOOM 3, this may be the game for you!

The release for Prey will be on May 5th, at 12:00 AM BST / 01:00 AM CEST. As soon as the game is out you will be able to start fighting the Typhon threat aboard the Talos I Space Station! 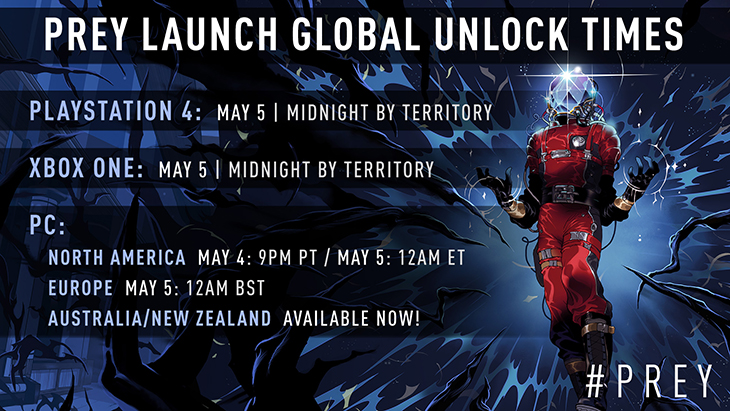 Remember you can start your preload right now, simply get your key and add it to Steam so you're ready for launch!

PC players can look forward to a range of various PC options, including: 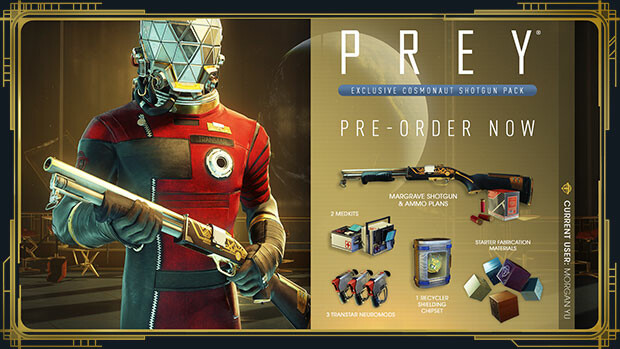 All pre-orders of Prey will come with the Cosmonaut Shotgun pack for free!

Getting a new game is an awesome experience and we want to make that as trouble free as possible, so we've put together a guide of common troubleshooting problems and FAQ's to help you out with Prey. You can find our Help Topic here.