Survival horror returns later this year when Resident Evil 3 launches on April 3rd. Before that however, we've got a taste of the action that awaits with 14 minutes of new 4k gameplay footage from the team over at Game Informer. The game itself takes place before the events of RE2 and after. In the gameplay clip we're getting a look at STARS member Jill Valentine, who appeared as a playable character in the original Resident Evil game. This time around she's got plenty of survival moves at her disposal, including a dodge move that can be used to get out of tough situations.

We also get a glimpse at the terrifying Nemesis who will be always trying to chase the player. Unlike Mr X from Resident Evil 2, Nemesis will be a serious threat to the player and is not only able to equip weapons including a rocket launcher, but also charge at you to close the gap. He'll also always be on the hunt for you so players will need to keep on their toes if they don't want to fall victim to his powerful presence. 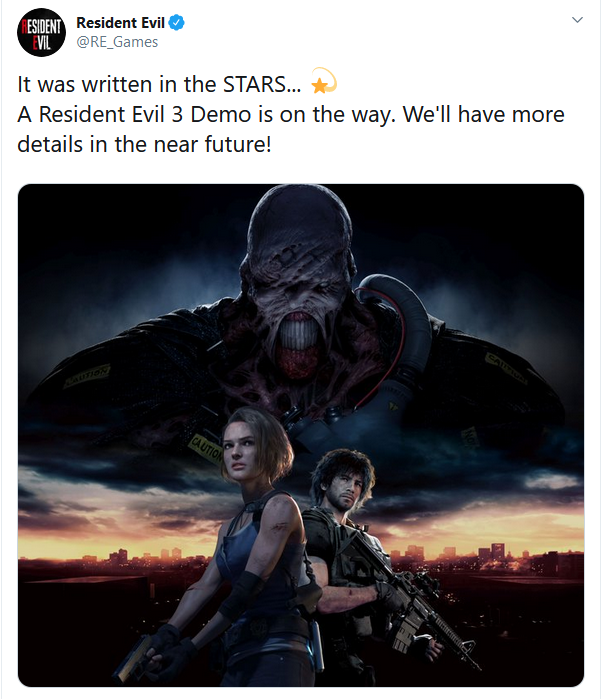 Additionally, much like the Resident Evil 2 remake it was confirmed that a demo would be coming for the game to give players a chance to try out some of the thrilling new gameplay coming in RE3. No further details were given, however if it's close to what we got with the RE2 demo it may be a 20 minute chunk of gameplay that is released a month prior to the release of the game. For reference RE2's demo launched on December 19th, while the full game released on January 25th. This could point to a March release for the demo, and may even be sooner than we think.

Resident Evil 3 launches on April 3rd. You can pre-order the game today from Gamesplanet and save 20% off + and get the classic costume pack for free!