Choose between Yuito and Kasane, elite psionics each armed with a talent in psychokinesis and their own reason to fight. Complete both of their stories to unlock all the mysteries of a Brain Punk future caught between technology and psychic abilities.

With Scarlet Nexus, which is scheduled for release on June 25th 2021, Bandai Namco has a hot iron in the fire that action RPG fans probably won't burn their fingers on. We'll show you the latest trailer and summarize what the game is all about.

What now, an unofficial successor to CODE VEIN? Another anime-style Soulslike from Bandai Namco? Yep. Scarlet Nexus will make anime fans happy, that much is already certain in advance, but it's going to be much the same in this Action RPG with telekinesis gameplay as it was with CODE VEIN: you don't have to love the graphics style to get excellent gameplay material out from under the colorful shell of the Japanese design. If you like action RPGs in general, you should keep Scarlet Nexus on your radar, because between anime design and western Sci-Fi ideas, you can foresee a promising title for 2021 in terms of story and gameplay. The new Kasane Story Trailer already whets the appetite for the action-packed battles.

Only the best ingredients for Scarlet Nexus

A bit of Bayonetta, maybe some of Devil May Cry, NieR Automata and spiced with a cyberpunk theme. Scarlet Nexus seems to combine the ingredients of the best games in one pot. And even if the character and world design reminds you of CODE VEIN at first glance, Scarlet Nexus brings enough independence when you take a closer look, with very bizarre creatures in tow. The illustrator Masakazu Yamashiru is responsible for them, whose works remind us a bit of Hieronymus Bosch. Strange mixed creatures, often a mixture of organic material and mundane objects, Scarlet Nexus presents you with unreal weapon systems.

The makers of Scarlet Nexus call their ideas of a dystopian future "brainpunk". You guessed it: This is probably based on a fusion of cyberpunk with steampunk elements. But what actually happened in this weird brainpunk world? The "others" are always to blame, of course. In the case of Scarlet Nexus, your adversaries are actually called that. In the distant future, psionic hormones will be discovered in human (interconnected) brains. They give the carriers, the psionics, supernatural powers, such as telekinesis. "The Others", nasty mutants, are really up for human brains, swoop down from the sky and threaten the world's population. 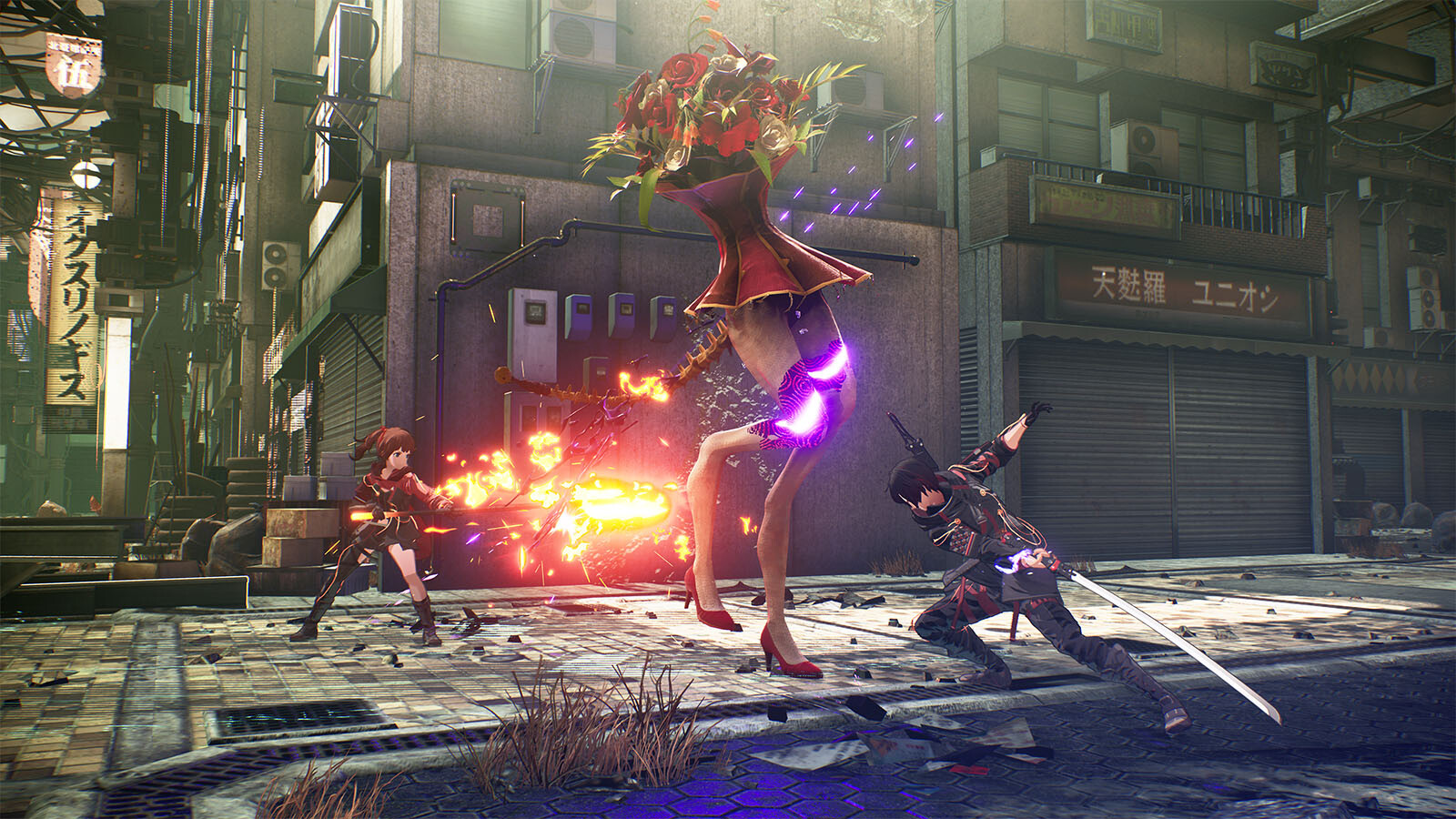 As part of a psionic task force (Other Defense Force AAS), you stand in the way of the Others and play through not one, but two stories. Scarlet Nexus lets you choose a role. On the one hand, there's Yuito Sumeragi, recruit of a prestigious politician family, and on the other hand, there's Kasane Randall (see trailer above), who has already made a name for herself in the AAS thanks to her powers and abilities. It turns out that both stories are somehow intertwined. Which is not surprising when humanity has a common enemy and networked brains. Brainpunk, that is.

You can pre-order Scarlet Nexus Standard Edition or Deluxe Edition now with a 15% off discount from Gamesplanet. Those who pre-order will also recievine the following bonuses (no matter which version you get):