Choose between Yuito and Kasane, elite psionics each armed with a talent in psychokinesis and their own reason to fight. Complete both of their stories to unlock all the mysteries of a Brain Punk future caught between technology and psychic abilities.

Action RPG game Scarlet Nexus prepares for launch on June 25th, and publisher Bandai Namco have released a brand new visual effects Cinematic Trailer to show off the game ahead of release.

Take on a new era of humanity later this week when Action RPG SCARLET NEXUS from publisher Bandai Namco launches on June 25th. To celebrate the upcoming release of the game a brand new Cinematic Trailer has been released, that has been made using a mixture of VFX and practical models to represent the game in live action. Get a glimpse of it above or see some extended in-game gameplay footage below!

Scarlet Nexus launches June 25th, pre-order either the Standard Edition or Deluxe Edition to save 15% off and get the following pre-order bonuses: 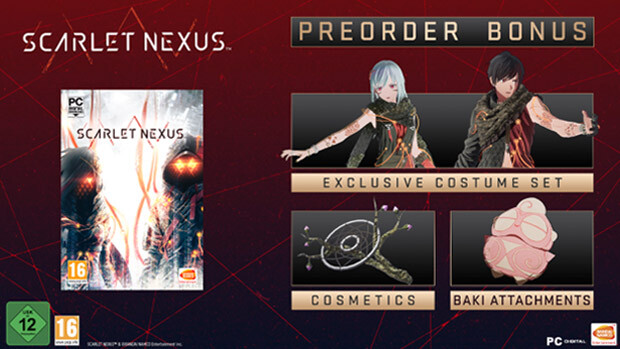