Wish-granting Mermaid’s Tears in the hands of SpongeBob and Patrick… What could go wrong? Sure, the very fabric holding the universe together could come undone, opening portals into wild Wishworlds. But that’s nothing our favorite sponge can’t handle- with the right cosmic costume!

Are you ready kids? The lovable yellow sponge with pants returns when publisher THQ releases SpongeBob SquarePants: The Cosmic Shake later this month on January 31st 2023. While we wait to dive back into the world of SpongeBob and co, a brand new trailer has been released to let us meet some of the colourful characters we'll meet in the game.

As with the previous game SpongeBob SquarePants: Battle for Bikini Bottom - Rehydrated, players will play as SpongeBob as he saves his friends from alternative dimensions - known as Wishworlds. He's not alone though as he's aided by the help of his trusted friend Patrick, who himself has been transformed into a Balloon. Can you save all the Bikini Bottomites?

Anyone who pre-orders SpongeBob SquarePants: The Cosmic Shake on Gamesplanet before release will be able to get their hands on the Official Costume Pack for the game, which features 7 additional SpongeBob costumes for FREE! 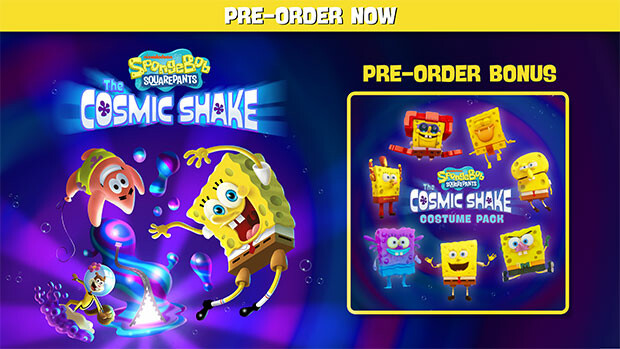