Ascend to the next level when Super Dragon Ball Heroes World Mission launches tomorrow. This Tactical-Card game is set in the Dragon Ball universe and features over 350 heroes with limitless gameplay. The game has a number of gameplay modes including a fully fledged story mode that sees you playing as a young boy who dreams of becoming the ultimate champion. Team up with classic heroes like Goku, Gohan, Trunks, Vegeta and more as you take on this new threat.

The game also includes a number of battle modes to play solo or against other players around the world. Players will need to collect cards in order to battle against each other. Arcade Mode will also allow players to relive classic Dragon Ball moments from the series as you take on some of the best moments of the anime. You can even use your hard earned Zeni to unlock new Items to assist you in battle or customise cards. 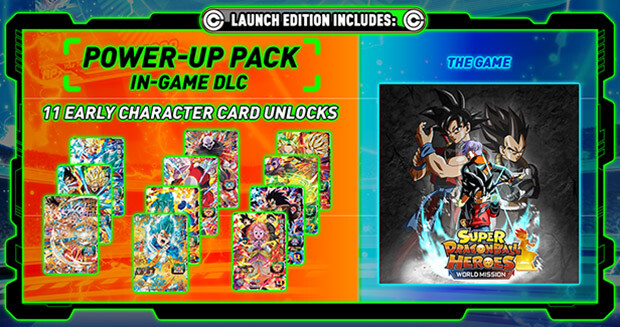