Take on the American motorsports scene as you explore the USA in one of the most exhilarating open worlds ever created.

Try out Ubisoft's open-world racing sequel The Crew 2 from December 13th - 17th and play the brand new Demolition Derby mode solo or with friends. Save up to 68% off the game until December 23rd with our fantastic offers!

In the 90's we had Destruction Derby. Today it's Demolition Derby of Ubisoft's The Crew 2 recent update, which adds a brand new mode . With the new game mode you're in the arena with other players to cause as much damage as you can in order to leave the other cars unable to move. Players will also be able to enjoy the rest of the game, including the recent PVP changes that give players a chance to compete against others around the globe. Best of all, you can enjoy all of this for Free this weekend until December 17th!

The Crew 2 will be free this weekend via Uplay for all players to try out the game. All you need to do is download the Uplay Client and make an account. You can easily copy the following into your address bar in order to start the install, or you can manually download it from your Uplay client (once logged in).

Unlock a new Car by participating

Anyone who participates in the Free Weekend will also be able to get their hands on a free vehicle, which will be available to those who decide to get the full game later. For PC players they'll get the mighty Ford GT Touring race car. 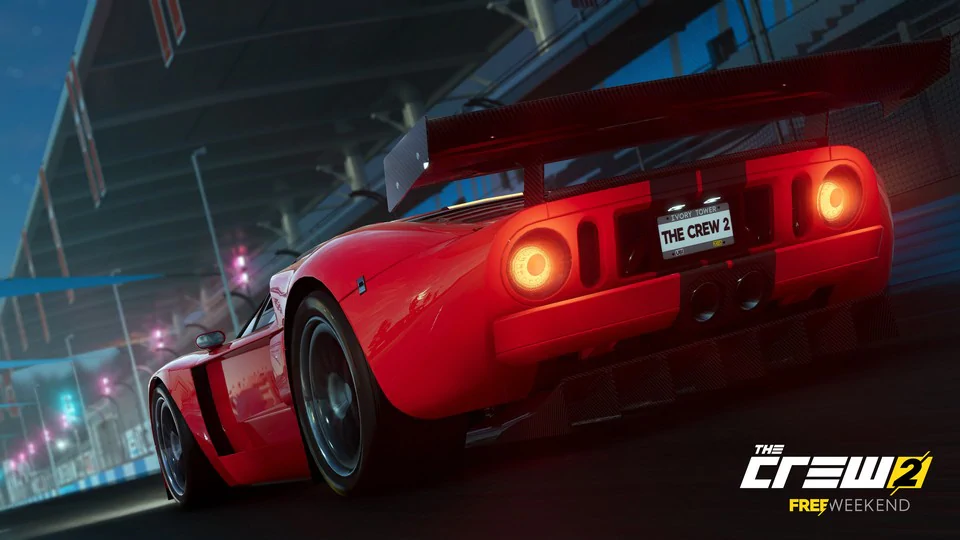 In addition to the Free Weekend, you can save on the full game with us until December 23rd with up to 63% off the game - as well as the Season Pass. All progress made in the Free Weekend will carry over when you purchase the full game, so you won't have to worry about starting again if you decide to upgrade.