Experience breathtaking stunts and over the top action when Trials Rising launches next week on February 26th. Before that however, Ubisoft is planning to give players a chance to experience the action for themselves with an upcoming Open Beta weekend from February 21st-25th that'll give everyone a chance to try out the game for free! To get started, simply head over to the Trials Rising Open Beta page and select your platform of choice. Afterwards, you'll be able to start preloading the game and be ready to go on February 21st.

Players who play the Open Beta will also be able to unlock the Trials Turbo Bike Pipe for use in the full game at launch! 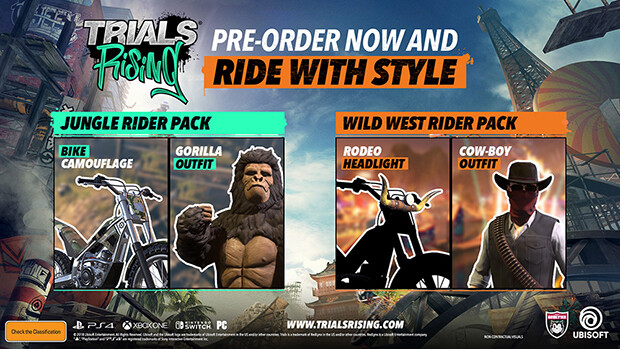