Worms Rumble is Worms like you’ve never played it before, with intense, real-time, arena-based 32 player cross-platform combat. Get ready to rumble in Deathmatch or Last Worm Standing modes where you’re only ever a Holy Hand Grenade away from death!

The 6th of November turns the world of worms upside down: Suddenly you find yourself with your worms in Worms Rumble in the middle of a Battle Royale game - with real-time battles of course. Today Team17 invites you to the open beta with a trailer.

Can a Worms game set in real time work? After the several series offshoots of the Worms series, it's good to see a fresh approach with Worms Rumble, with which Team17 is breaking completely new ground with. Today, parallel to our Worms Sale, the open beta of Worms Rumble can now be played via Steam and fight against other worms in real time. The open beta ends on November 9th at 12am PDT / 8am GMT / 9am CET. Plenty of time for you to fire rockets, sheep and Molotov grenades at your opponents!

In Worms Rumble, up to 32 players battle it out to see who the ultimate champion is. The game supports modes such as Deathmatch and "Last Worm Standing". Oh my holy hand grenade! The typical Worms weapon arsenal is also at your feet in Worms Rumble... uh, the slow lane. Shotgun, rocket and sheep launcher - will all be at your disposal. Of course, some novelties are also included. Worms can be customised and Team17 also promises various seasonal events post-launch.

Worms Rumble will be released on December 1st 2020 and you can pre-order it now at a low price. By pre-ordering the game you'll also receive the New Challenger Bonus Pack which contains: 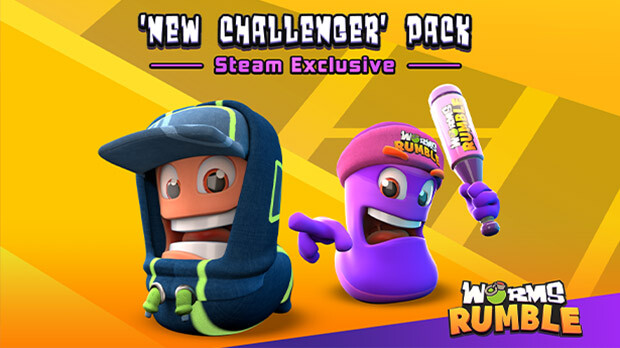