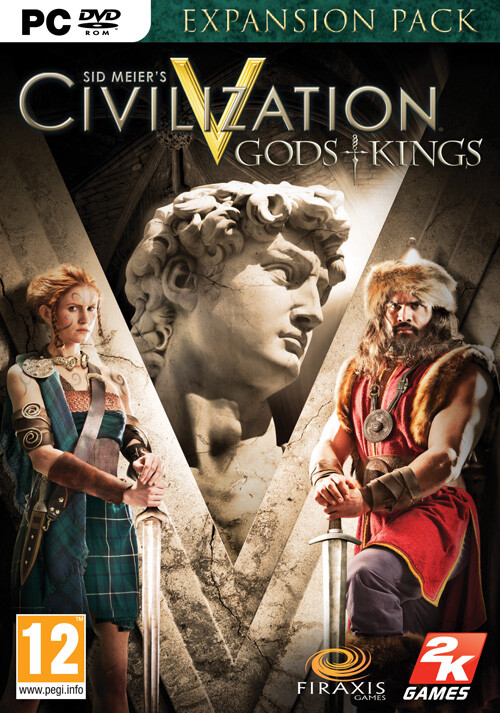 Add Civilization V: Gods and Kings to your wishlist 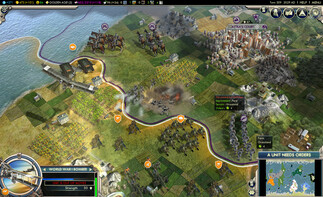 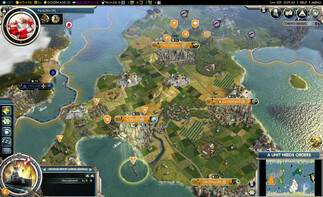 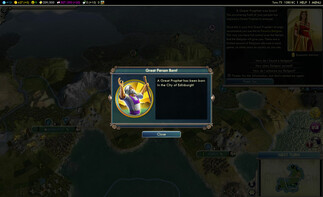 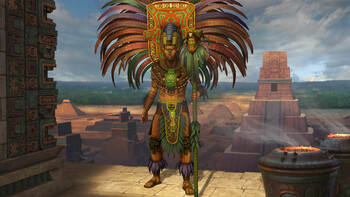 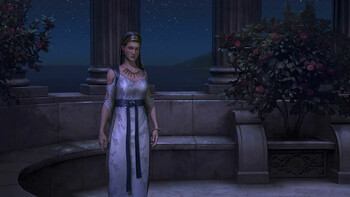 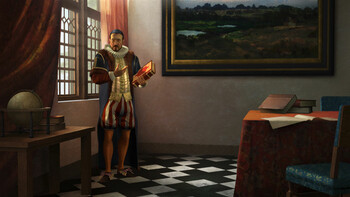 Buy Civilization V: Gods and Kings as a Steam key at Gamesplanet.com

Sid Meier's Civilization V: Gods and Kings is the first expansion pack for Civilization V - the critically acclaimed 2010 PC Game of the Year. This robust expansion covers the entire scope of time from founding your first Pantheon of the Gods and spreading religion across the world, to deploying your spies in enemy cities in order to steal information and technology.

As you move through the ages, you’ll interact with new types of city-states, engage in new city-state quests and global competitions, and master exciting new systems for land and naval combat. Civilization V: Gods and Kings will also include nine new civilizations, nine new wonders, three original scenarios, and dozens of new units, buildings, and techs that will offer even more ways for players to expand their empire and dominate the world.

New Civilizations
The expansion will deliver 9 new civilizations, such as Carthage, Netherlands, the Celts, and the Maya (it is 2012, after all), along with their unique traits, units and buildings. The expansion also includes 9 new leaders including William I, Prince of Orange, Boudicca and Pacal the Great.

Religion
A righteous people will seek out Faith to found a Pantheon of the Gods. As your Faith becomes stronger, you can cultivate Great Prophets who build on these simple beliefs to create a religion that you can customize and enhance as desired. Are you tolerant of other religions or is this the one true faith? Are you focused on Gold, Arts or Military? Beliefs can even unlock custom buildings that only people of your religion can construct. Great prophets, missionaries and inquisitors help you spread your beliefs to other lands and gain the alliances of City States, and like-minded civilizations.

Enhanced Diplomacy and Espionage
Establish embassies at foreign courts for closer ties (or clandestine operations). As the religions of the world start settling in, and the world moves into the Renaissance, you unlock your first spy (with more to come). Send them out to establish surveillance of foreign cities, steal advanced technologies from your strongest or wisest competitors, or interfere with city-state alliances. All of your actions can have a diplomatic impact if discovered, so always tread carefully.

City-States
Two new city-state types have been added (Mercantile and Religious) to bring all new advantages to the table. The city-state quest system has received a complete overhaul to decrease the importance of gold and add a whole range of new quests that further the narrative of the game, as well as make the diplomatic victory a more varied option. Ally with Marrakech to get access to their unique luxury resources! Vatican City and Jerusalem are holy cities that play key roles in the religious struggle.

World Domination
The fight for world domination is now more dynamic than ever before. The Gods and Kings expansion features a reworked combat system and AI that puts more emphasis on a balanced army composition. The new system allows your lines to stand longer than they could before, so you, as a player, can make smarter tactical decisions without worrying about a single unlucky roll of the dice.

Naval Combat
Your navy is now split into two different ship types, melee and ranged. This means that no coastal city should be considered safe, and can now fall to a surprise naval attack. Additionally, all embarked units now have Defensive Embarkation, and can stack with a naval unit for extra protection. Add to this the new Great Admiral, and the high seas have become a much more dangerous place.

New Wonders
There will be 9 new Wonders with all new effects including Neuschwanstein, the Great Mosque of Djenne, the Terracotta Army, the Great Firewall, and the Hubble Space Telescope.

To install and launch Civilization V: Gods and Kings Demo, you need to have the Steam application installed. Is Steam installed on this computer?