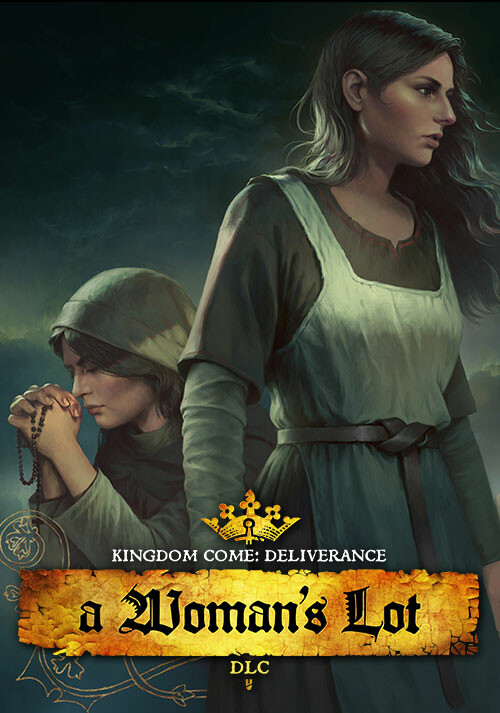 Add Kingdom Come: Deliverance - A Woman's Lot to your wishlist

ATTENTION: This DLC is free of charge for backers of the Kickstarter campaign for the main game and does not have to be purchased separately!

The Middle-Ages were brought to life earlier this year with the fantastic RPG Kingdom Come: Deliverance from the team at Warhorse Studios. In this brand new hour long developer documentar...

Continue your adventure into Kingdom Come: Deliverance with the From The Ashes DLC which is now available! In this brand new DLC you'll be able to erect structures and build up a village....

Armed with fortitude and dignity, she faces the coming days with a smile on her lips. And since God moves in mysterious ways, none of us can know the lot we shall have to bear. But it is often those of whom we least expect it who encounter an extraordinary destiny...

In the fourth DLC for Kingdom Come: Deliverance, you can experience two standalone series of quests.

In "A Woman's Lot", you play as Theresa accompanied by her loyal dog Tinker in a standalone questline. You will experience ordinary life in Skalitz and later witness the fateful events of Sigismund's raid and its aftermath from a wholly different perspective. "A Woman's Lot" provides the last piece of the puzzle in the Skalitz story, as you find out what happened just before Henry is found unconscious.

In "The Madonna of Sasau", Henry has to help Johanka, and old friend from Skalitz who survived the massacre and took refuge in Sasau Monastery, to overcome the terrifying nightmares that have recently plagued her. Henry will need to visit the places revealed in Johanka's visions and find out what’s really behind them. Then he will help her with her new calling. Neither Henry nor Johanka knows what that will demand of them or what end it will ultimately lead to…