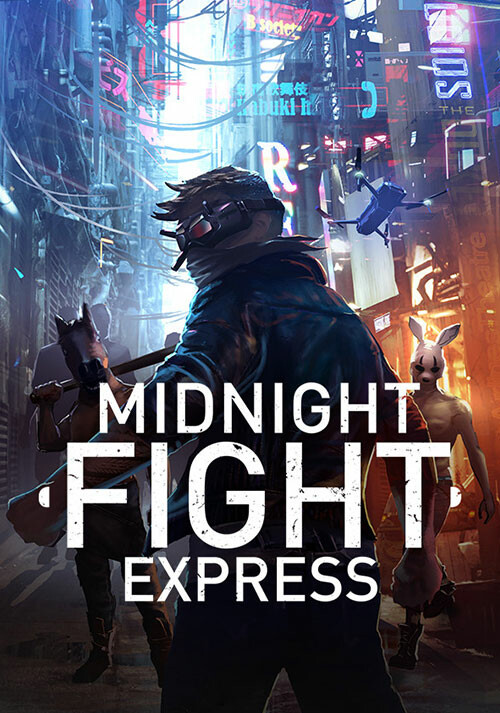 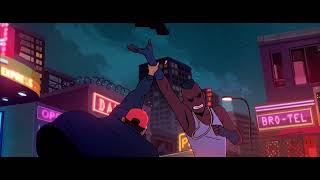 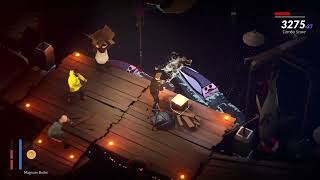 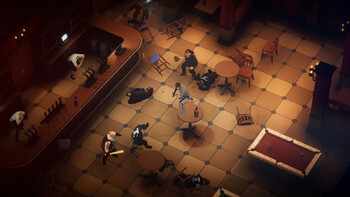 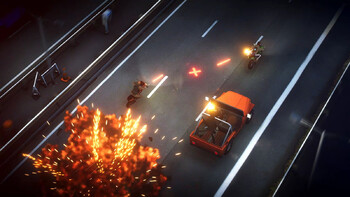 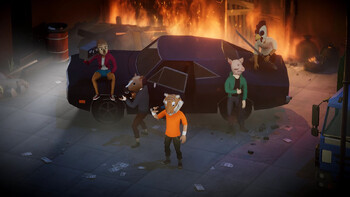 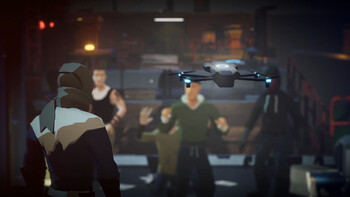 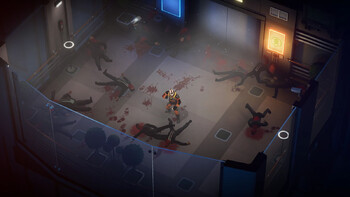 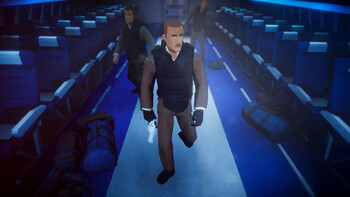 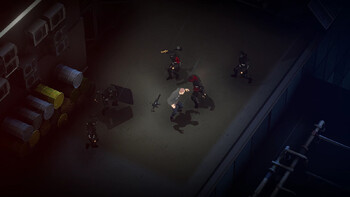 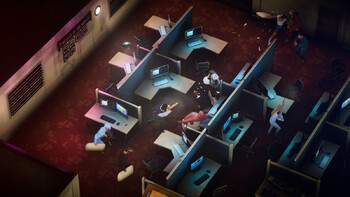 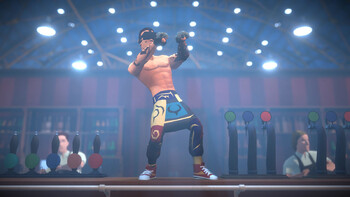 Buy Midnight Fight Express as a Steam key at Gamesplanet.com

An unexpected hero emerges on the city's darkest night.

You’re Babyface, a former member of the criminal underworld lured back into “the life” by a mysterious AI drone. Your mission against impossible odds: Fight your way across the city before sunrise, and prevent a citywide criminal takeover together.

Engage in a brutal and hyper-kinetic brawling ballet, using every environmental tool and street fighting technique at your disposal. Level up your abilities to take down the mounting onslaught of bozos, cronies, and crime lords.

Blockbuster Combat
Tangle with waves of foes with the finesse of an action-movie master. Punch, dodge, counter, and finish off enemies in fluid and visceral combat featuring mo-cap animation by motion artist and stunt performer Eric Jacobus. Custom difficulty modes allow any player to direct the action to their preference.

Martial Mastery
Level up, power up, and tap into a sprawling skill tree to unleash a dizzying array of devastating fighting moves. Develop your own signature style, and master over-the-top combos that leave the criminals wondering what hit ’em.

Killer Arsenal
Complement your melee moves with knives, axes, and sledgehammers. Wield a wild array of pistol fire, shotgun blasts, and explosives. Weaponize everything from furniture to toilet plungers. Take advantage of the urban world around you to score increasingly outrageous takedowns and clean up the streets.

Street Warrior’s Wardrobe
Customize your character’s appearance, and unlock a huge variety of cosmetic options ranging from the ultra-suave to the mega-outlandish. Unlock more 150+ pieces of clothing, equip skins for you and your AI ally Droney, and make a lasting impression as you fight to save the streets.

Audio Adrenaline Rush
Battle across the city’s 41 hand-crafted levels to the beat of a pulsing, infectious soundtrack by artist Noisecream, and channel the nonstop midnight energy of the metropolis.

The Fight Never Stops
Return to missions to complete challenges, unlock rewards, and show everyone who owns the streets on the leaderboard. Create your own director’s cut of the action with settings that let you customize enemy types, weapons, and more.

"Midnight Fight Express is a surprisingly fun and rewarding beat-em-up that gives you more choices than you might expect."

"Midnight Fight Express is a beat 'em up that should feel familiar to genre fans, but does things so well that it doesn't matter. Fast and brutal, the game is a satisfying and bloody..."