Add Mount & Blade: With Fire & Sword to your wishlist 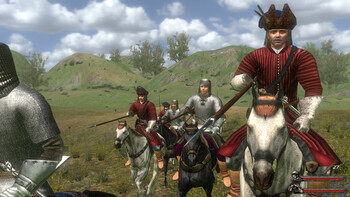 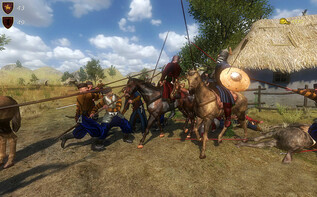 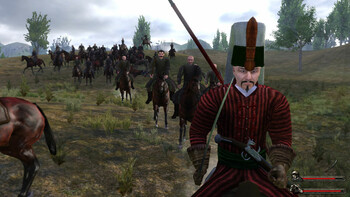 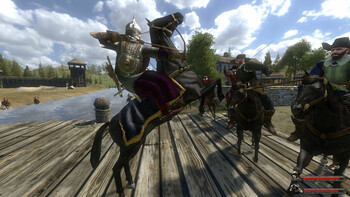 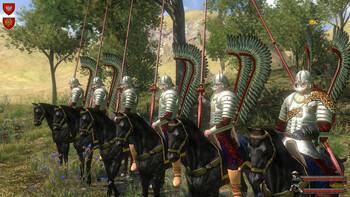 Buy Mount & Blade: With Fire & Sword as a Steam Key.

It was one the most romantic, cruel and dramatic episode of the Europe history. The game are composed of distinct political forces: Tsardom of Russia, Sweden, Polish-Lithuanian Commonwealth (Rzeczpospolita), Cossack Ukraine and the Crimean Khanate. The entire game world where the main action takes place is divided between these powers. Each of the factions has its own national units, like Polish hussar cavalry or Don Cossack as a Russian unique fighter.

Based on the original gameplay of M&B, With Sword and Fire is an action-oriented role-playing game with emphasis on mounted combat. The player is able to join one of the 5 battling fractions, fight as a mercenary and bring his fraction to dominate Europe. Quest system is very close to Sid Meier's Pirates! — player can switch to sand-box or to story mod at any point.

17th century is barely represented by other games and is usually passed over. On the other hand, a positive example of successful products on this subject are Cossacks: European Wars, Corsairs and Sid Meier's Pirates!, which proved the audience’s interest in this period. Moreover, this game will allow history-lovers and/or ill-wishers to accomplish what they have dreamt of, but could not undertake under the present circumstances.

Player will get an opportunity to create a Russian Empire, having conquered every singe province – or else, side with Poland and enthrone the Polish King in Moscow, or build Swedish Kingdom from the Baltica to the Urals. Therefore, this historical setting will not only spark the interest of history fans, but also tickle the national pride of players in general, present them with a game world in which they can voice their disagreement in, and rewrite the history of, their respective people to one’s heart content.