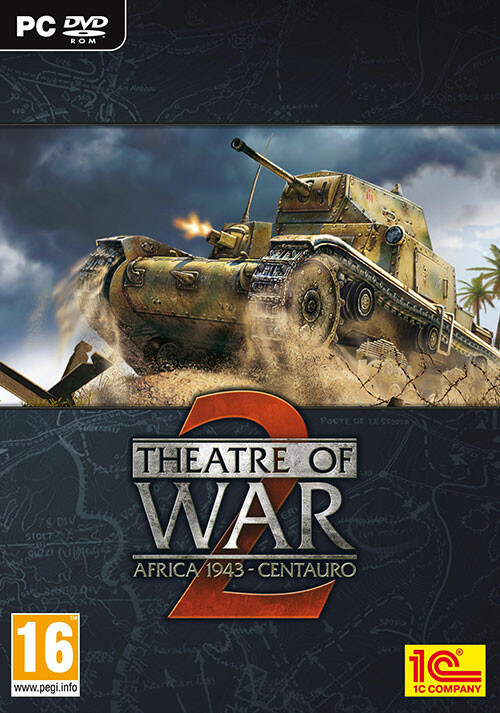 Add Theatre of War 2: Centauro to your wishlist

Description of Theatre of War 2: Centauro

Buy Theatre of War 2: Centauro as a Steam Key.

This expansion pack is dedicated to the 131st Armored Division Centauro and the battles it took part in North Africa starting from December 1942 till mid-May 1943.

The 131st Armored Division Centauro (in Italian: 131ª Divisione Corazzata "Centauro") was an armored division of the Italian Army during World War II. The pack features a new campaign and covers missions from rearguard actions near El Ageyla in Libya to the battles in Tunisia.

New desert and mountain landscapes of North Africa will be available on ten new maps accurately reconstructed according to historical documents. There will also be ten new missions based on real battles in Tunisia allowing would-be Generals to command counterattacks, breakthroughs, flanking manuevers, hardened defenses and stealthy ambushes. Ten new military vehicles will also make their debut in this expansion including the Semovente M40 tank destroyer, the Carro Armato M13/40 medium tank, the Autoblinda AB 40 armored car, and many more.

Problems with Theatre of War 2: Centauro?