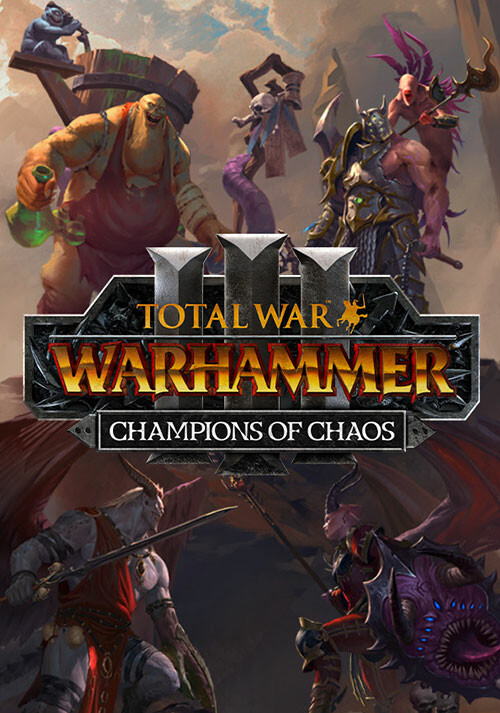 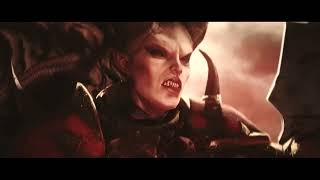 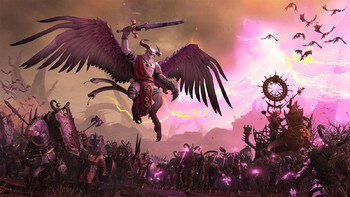 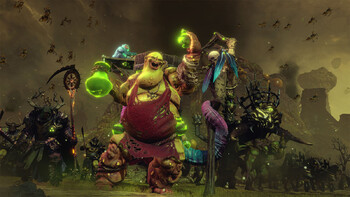 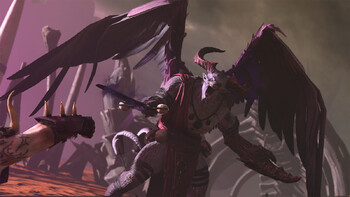 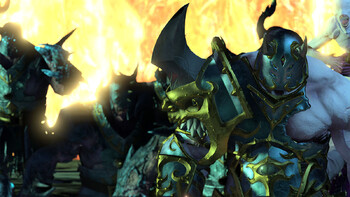 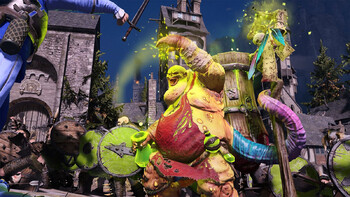 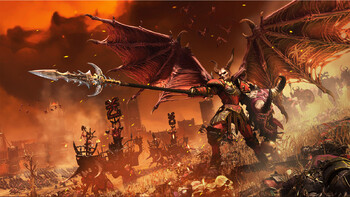 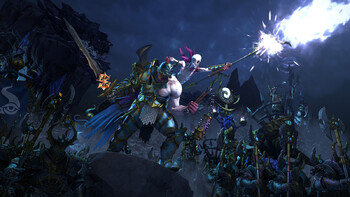 Total War: WARHAMMER 3 - Everything you need to know!

Step into the world of Total War: WARHAMMER 3 when it launches on February 17th 2022. Get a taste of the Campaign Multiplayer action while you wait with a new gameplay trailer! We're onl...

Embark on campaigns of domination as Valkia the Bloody, Festus the Leechlord, Azazel Prince of Damnation and Vilitch the Curseling. These Lords may be used in WARHAMMER III’s Realm of Chaos and Immortal Empires campaigns. However, they feature their own campaign mechanics and objectives, and do not engage with the Ursun storyline in the Realm of Chaos campaign.

Over time, players can choose to elevate lowly mortal units, such as Marauders, through the Chaos ranks to become powerful servants of the dark gods, such as mighty Chaos Knights and Chosen. Chaos Lords and Heroes may also be elevated all the way to Daemon Prince status, and even dedicated to the service of one of the Dark Gods.

The Champions of Chaos

Khorne: Valkia the Bloody
The consort of Khorne himself, Valkia the Bloody descends from the skies to slaughter in the name of the Blood God. Valkia uses a variant of Khorne's Bloodletting feature, with rewards better-suited to the Gorequeen's needs. Her faction also gains campaign movement bonuses following successful battle victories.

Nurgle: Festus the Leechlord
Festus was once a skilled doctor. Compassionate to a fault, he traded his soul and sanity for the knowledge to save others. No longer bound by morality, the Leechlord brews Plagues in Nurgle’s name. He must attain ingredients through different methods than his Daemonic counterparts, but his concoctions are no less potent.

Slaanesh: Azazel, Prince of Damnation
Azazel's beauty is said to be second only to his patron Slaanesh. Most opponents concede before the fight even begins… for how could they wish harm upon such an enchanting being? Such is Azazel's beauty, he can utilise elements of Slaanesh's Seduction to tempt enemies to join his side pre-battle. Those he defeats bear his unique symbol: the Mark of Azazel.

Tzeentch: Vilitch the Curseling
The malformed sorcerer-twin Vilitch uses his potent magical abilities in tandem with his brother’s hulking form to enslave those who would oppose him. Vilitch can use a variant of the Changing of the Ways like his Tzeentch allies, and begins play with the ability to Teleport Attack his foes.