Return to an apocalyptic Earth in Darksiders III, a hack-n-slash Action Adventure where players assume the role of FURY in her quest to hunt down and dispose of the Seven Deadly Sins. The most unpredictable and enigmatic of the Four Horsemen, FURY must succeed where many have failed – to bring ba...

Take on the seven deadly sins with the hack and slash action of Darksiders 3, which launches next week on November 27th. Take a look at the game's Opening Cinematic and Gameplay trailer while you wait.

Learn more about the four horsemen of the apocalypse with the Cinematic Intro for Darksiders 3, which is set to release next week on November 27th. Like her brothers, FURY is sent to a war torn Earth in order to restore balance. She must track down and hunt the Seven Deadly Sins throughout the world and bring them to justice. The Charred Council call upon FURY to take them down by any means necessary.

As she progresses throughout the course of the game she'll evolve with new powers and weapons. Explore a living open world with plenty of environments, creatures and puzzles to solve. Get a glimpse of the gameplay with a new trailer while you wait! 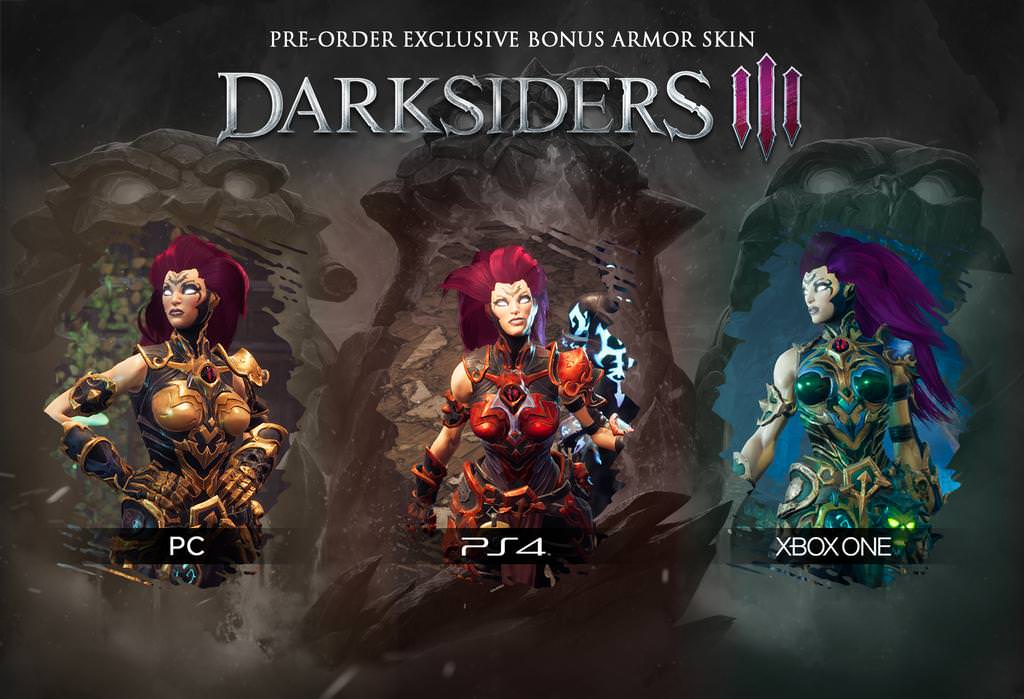 Darksiders 3 launches next week on November 27th. You can pre-order the game to get an exclusive pre-order armour for free. Those who pre-order the Deluxe Edition can save 13% off the game!