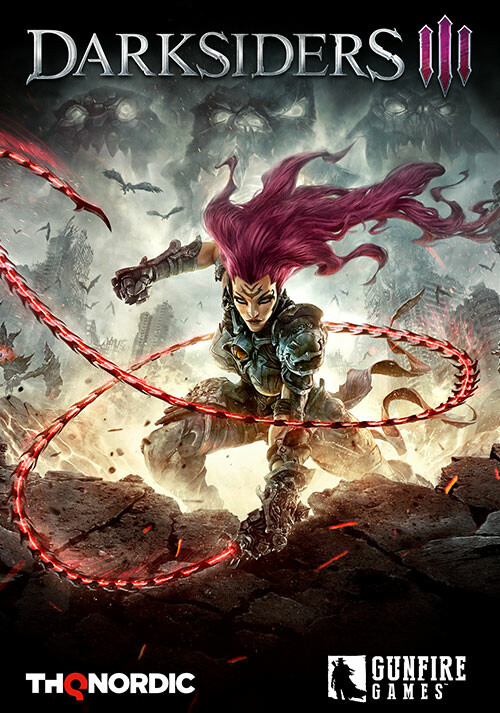 Add Darksiders III to your wishlist

Darksiders 3: Launch trailer for the launched Keepers of the ...

Fury sets out to get the precious abyssal armor in the latest Darksiders 3 DLC "Keepers of the Void", which is now available The latest DLC from THQ Nordic will put you to the test again,...

Feel Fury's wrath with a brand new PC Graphics Comparison for the recently launched Darksiders 3. PixelPerfect tests the game in 4k on the 3 presets: Epic, Medium and Low to see the visua...

Return to an apocalyptic Earth in Darksiders III, a hack-n-slash Action Adventure where players assume the role of FURY in her quest to hunt down and dispose of the Seven Deadly Sins. The most unpredictable and enigmatic of the Four Horsemen, FURY must succeed where many have failed – to bring balance to the forces that now ravage Earth. Darksiders III is the long-anticipated, third chapter in the critically-acclaimed Darksiders franchise.

"What Darksiders III lacks in production values, it makes up for with good design. The smaller, personal elements of the story are interesting, but the larger picture is confusing"

"Darksiders III is a straightforward action game that isn't afraid to throw some serious old-school challenges at you."

"Darksiders 3 feels like coming home for fans, and combat is a blast - but it can be hard to appreciate the good when dealing with a laundry list of technical stumbles."

Based on 43 critics
ESRB Rating: M
Blood and Gore, Violence