The story of a militia soldier fighting for survival in a dark fantasy Three Kingdoms world.

IGN is showing us some of the gameplay mechanics from Wo Long: Fallen Dynasty, which will be playable from March 3, 2023. If you're interested in the title you should take a look at the footage - the game shows a lot of promise.

Ah, finally another Soulslike, finally suffer again! And ultimately triumph over slain bosses with relish. Developed by Team Ninja, Wo Long: Fallen Dynasty is an action-packed, partly historical game set in ancient China. You take on the role of a legendary warrior and slaughter your way through a gripping plot full of intrigue and betrayal in the empire. Stunning graphics, realistic combat mechanics that allow players to use powerful weapons and abilities, and crunchy enemies are the ingredients for this action RPG. IGN shows you new gameplay scenes from Wo Long: Fallen Dynasty with a preview video and comments on the gameplay experience. The bottom line is that it sounds very positive and the scenes are also worth watching.

Sure, Wo Long will play similarly to Sekiro or Dark Souls. The battle system clearly seems to imitate some of the mechanics but not quite. The developer Team Ninja presents a new type of mechanic called the morale system. This means that the stronger the morale rank of an opponent, represented by the "morale bar", the stronger he is - but always in relation to the morale of your character. Which means your character also has a morale rank. You increase your combat morale by knocking down enemies. If you dispose of enemies who should actually dominate you with higher morale, your morale grows all the faster.

Furthermore, Wo Long: Fallen Dynasty also differs from other Soulslikes in terms of exploring areas. The tester from IGN notes that you will spend a lot of time exploring areas during the five-hour play-through - more than in Bloodborne, for example. Perhaps comparable to the Bonfires from Dark Souls are the places where you place flags to respawn enemies and replenish your reserves. Finding flags also improves your Fortitude rank, the actual level indicator of your fighter.

Buy Wo Long: Fallen Dynasty for PC - on Gamesplanet with bonus armors. 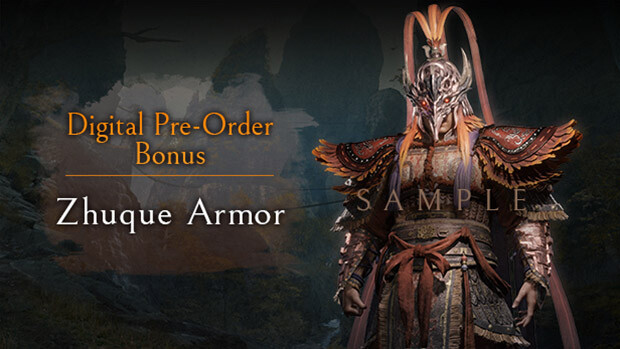